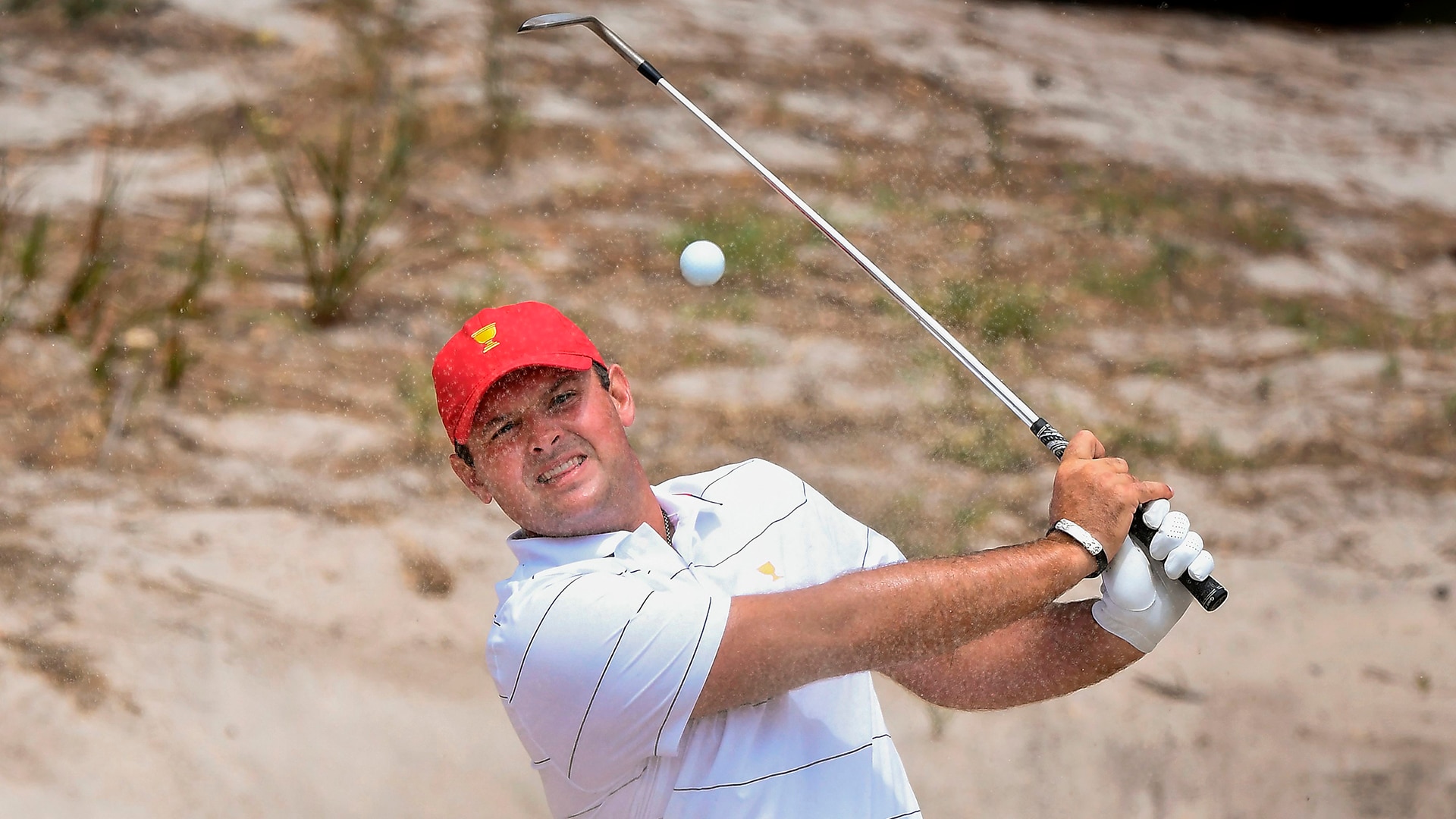 MELBOURNE, Australia – Following his first practice round at Royal Melbourne on Tuesday, Patrick Reed fired back at mounting criticism of his rule violation last week at the Hero World Challenge.

Reed was penalized two strokes during the third round in the Bahamas when he was videoed brushing away sand from behind his golf ball during two practice swings.

International team member Cameron Smith criticized Reed’s attempt to explain how the camera angle exaggerated the incident and added “I don't have any sympathy for anyone that cheats.”

At Royal Melbourne, Reed responded to Smith’s comments and his use of the word cheating.

“It's not the right word to use. At the end of the day, if you do something unintentionally that breaks the rules, it's not considered cheating and at the end of the day that's what it is,” Reed explained. “If you're intentionally trying to do something, that would be considered cheating, but I wasn't intentionally trying to improve a lie or anything like that, because if it was, it would have been a really good lie and I would have hit it really close.”

Reed was also asked if Smith’s choice of words will have any impact on how he approaches this week’s matches.

“It goes from wanting to beat those guys to it now turning personal, so it's going to be a fun week,” he said.