'Undeserved' or not, Reed gets heckled by Australian fans on first tee 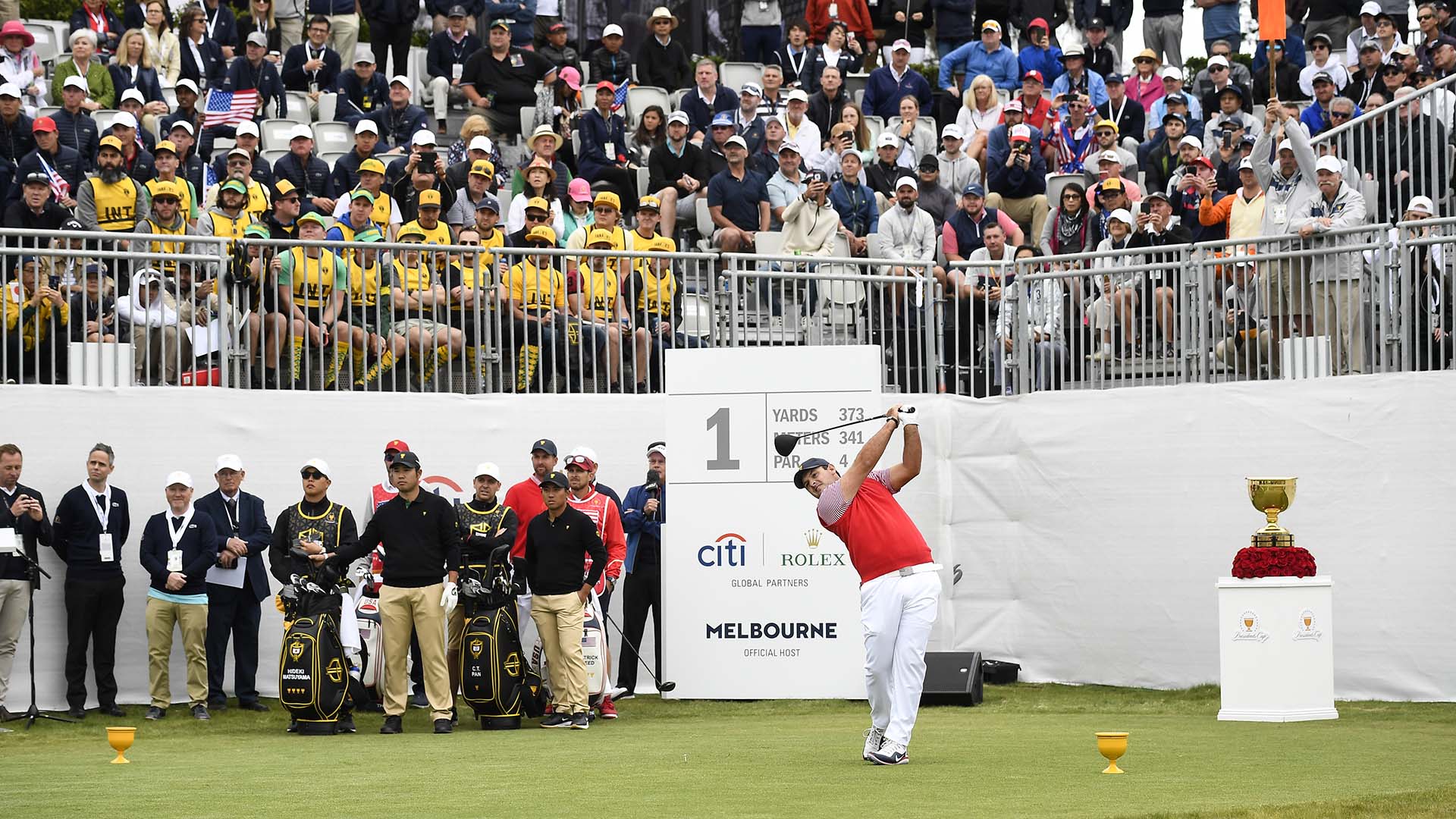 As expected, Patrick Reed was not greeted kindly by the home crowd Thursday at the Presidents Cup.

Australian fans booed and heckled Reed, fresh off a controversial penalty last Friday at the Hero World Challenge, as he prepared to his opening tee shot in a fourball match alongside Webb Simpson and opposite Hideki Matsuyama and C.T. Pan.

One person could be heard shouting: "You're really going to make your caddie carry 14 clubs and a shovel?"

Reed was docked two shots in the Bahamas for twice brushing away sand behind his ball with his club. Reed accepted the penalty and denied purposely improving his lie, but many on social media – and beyond – disagreed. International players Marc Leishman and Cameron Smith also commented on the matter, with Smith going as far as to say, "I don't have any sympathy for anyone that cheats. I hope the crowd absolutely gives it to not only him, but everyone (on the American team) next week."

Well, they did. After Reed's drive found a bunker, the boos turned into cheers.

After the session, which the Internationals won 4-1, Reed was asked about the reception.

"It's exactly what I expected," said Reed, who drained a big birdie putt at the 17th hole before he and Simpson ultimately lost, 1 down.

Simpson then chimed in, supporting his teammate: "Undeserved. Undeserved."