With surgery behind him, DJ ready to 'play as much as Tiger wants me to' 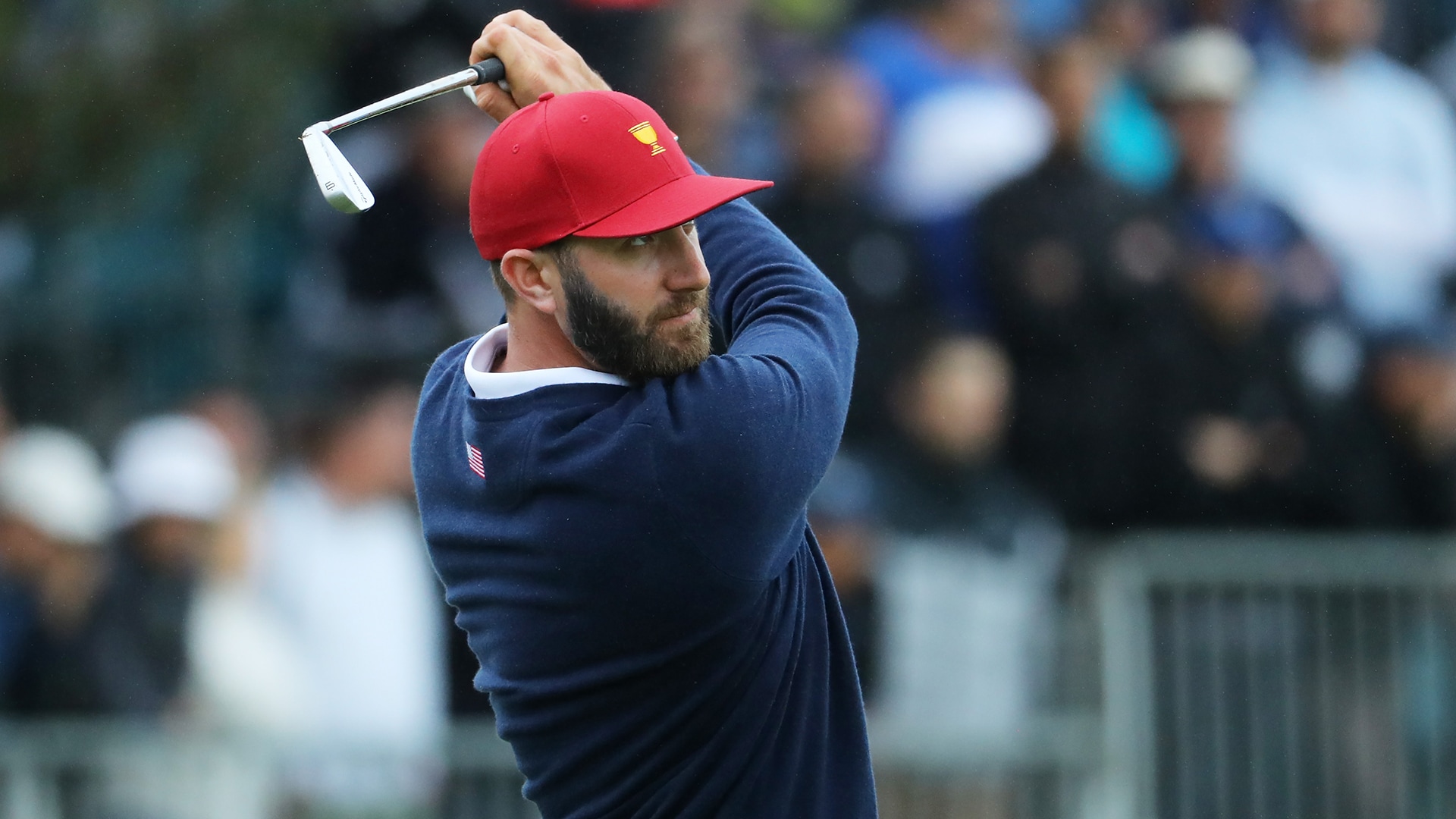 MELBOURNE, Australia – The U.S. Presidents Cup team might be heavily favored to win this week’s matches, but that doesn’t mean captain Tiger Woods is enjoying a carefree week.

Atop Woods’ list of things to watch is Dustin Johnson, who is making his first start since the Tour Championship in August after having arthroscopic surgery on his left knee.

Although Woods is likely taking a cautious approach, after two practice rounds at Royal Melbourne, Johnson said he was ready for the matches to begin.

Johnson said he could have played last week’s Hero World Challenge as a tune-up, but he wasn’t 100 percent and that he’s prepared to “play as much as Tiger wants me to.”

The 20-time PGA Tour winner said he started chipping and putting about three weeks after having surgery in September, and he began hitting full shots about six weeks later.

Rickie Fowler played a practice round with Johnson on Wednesday as well as a club event in south Florida three weeks ago and hasn’t seen any reason for concern.

“DJ is someone that really doesn't need a whole lot of work. He's a pretty amazing athlete and he finds a way to get it done,” Fowler said.