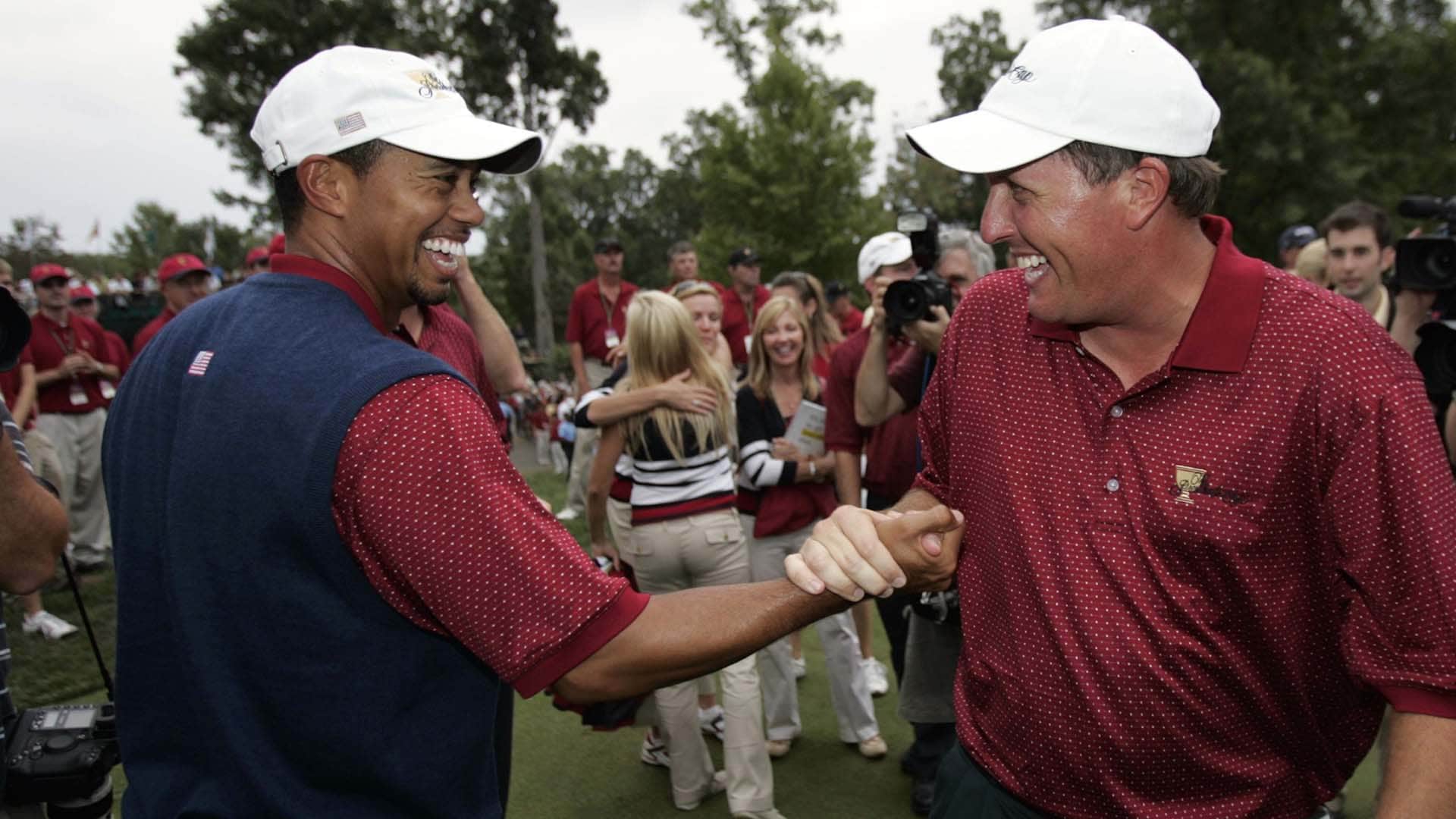 Phil Mickelson no longer sits alone atop the list of most career Presidents Cup matches won.

Thanks to a thrilling 1-up foursomes victory Friday alongside Justin Thomas, Tiger Woods moved to 2-0 on the week at Royal Melbourne while notching his 26th career match win in the biennial event. That ties the U.S. playing captain with Mickelson for most all-time, six better than Ernie Els, who is captaining the International squad this year.

Woods, playing in his ninth Presidents Cup, holds a career record of 26-15-1. Mickelson, who missed qualifying for this year's American team, is 26-16-13 in 12 appearances.

While Woods won't tee it up in Saturday morning's fourball session, he could potentially get two more tries this week to pass Mickelson. However, at 26 1/2 points earned, Woods has a ways to go to break Mickelson's record of 32 1/2 career points.