After falling 4 down, Pressel and Alex stun Nordqvist and van Dam 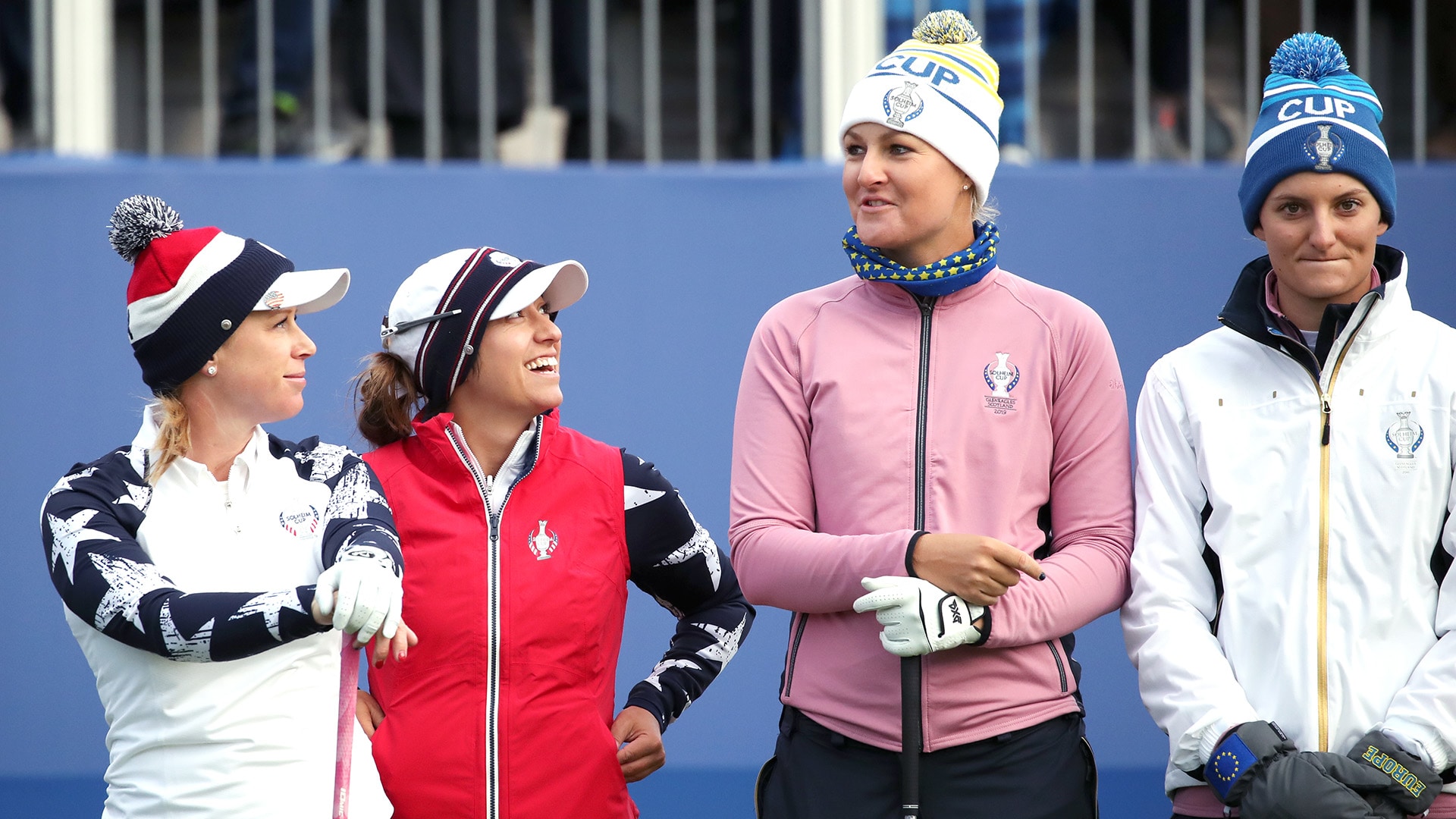 GLENEAGLES, Scotland – Morgan Pressel and Marina Alex showed why U.S. captain Juli Inkster sent them out as her leadoff team on both Friday and Saturday mornings at the Solheim Cup.

They are her new bulldogs, the kind of playing partners who refuse to let go of any chance to win a point or even half-point.

After falling 4 down through six holes in foursomes on Saturday, Pressel and Alex rallied to defeat Europe’s Anne van Dam and Anna Nordqvist, 2 and 1.

The first tee introduction was a bit comical, with Nordqvist and van Dam, who are both 6 feet tall, towering over the dimunitive Pressel and Alex while lining up together for a camera shot on the first tee.

“After I missed a birdie putt, after Marina hit such a great shot on 6, I got kind of mad. I was pretty angry.”

At the seventh, Alex buried a 6-foot putt for par to win that hole. They won five consecutive holes in the middle of the round.

“The putt Marina that made on 7 was really the turning point in our match,” Pressel said. “From there, they started to get a little shaky and all the momentum went toward us. We just kept playing our game.”

Pressel and Alex combined to halve their opening match on Friday, also in foursomes.