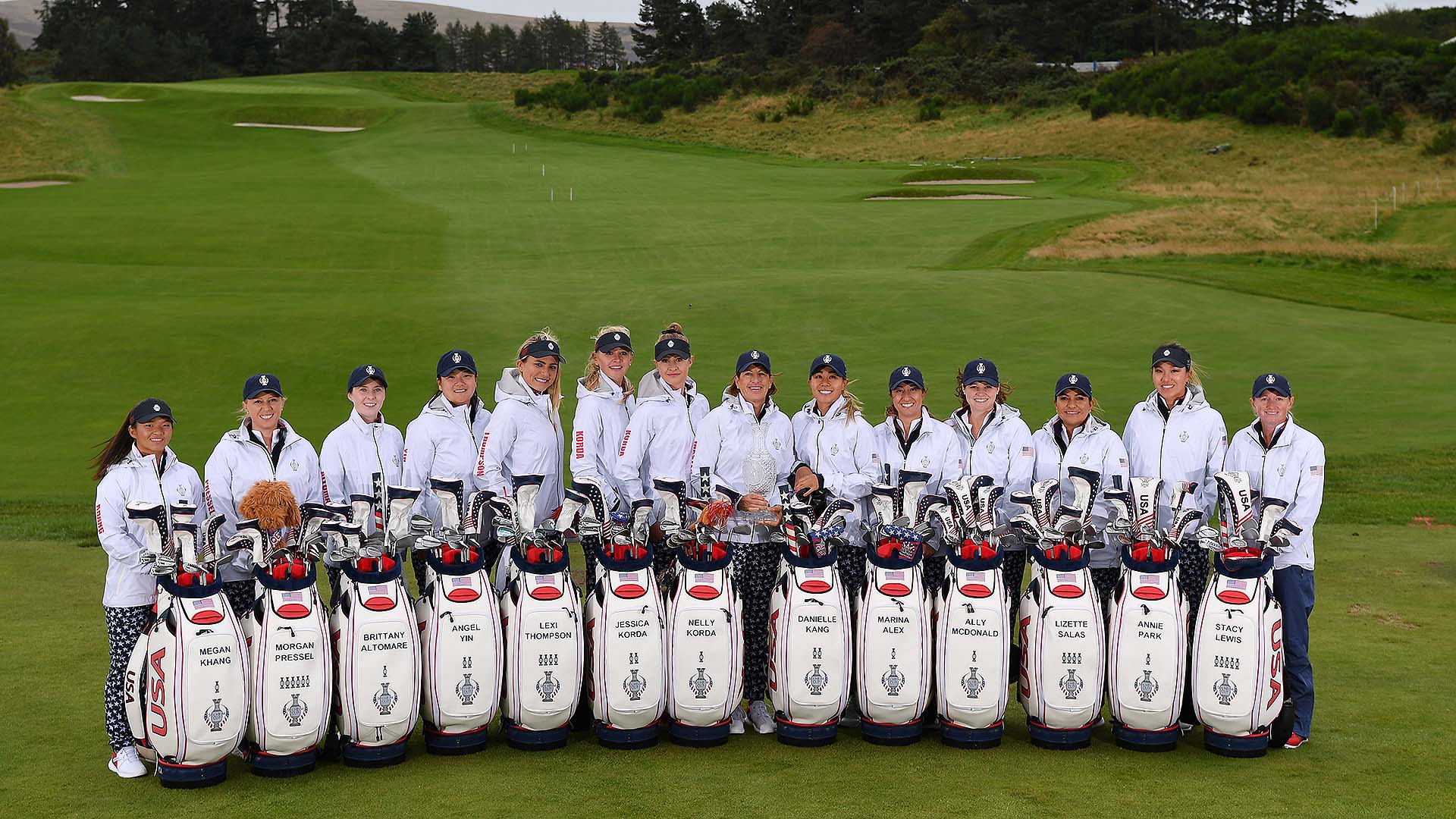 The U.S. Solheim Cup team is short on experience with a changing of the guard this year.

This year’s team has combined to win just 25 LPGA titles, the fewest of any American Solheim Cup team in the history of the matches.

Here’s a closer look at the American team:

The lowdown: Thompson is an intimidating player to meet in match play, with the ability to play a bomb-and-gouge game you usually only see in the men’s game. The big question this week? Who is she going to pair with without Cristie Kerr in the American ranks. Kerr and Thompson were the most formidable team in international team play, compiling an 11-1-2 mark in Solheim Cup and UL International Crown play. Thompson is in a pod with Jessica and Nelly Korda and with Brittany Altomare.

The lowdown: One of the best total drivers in the game, with a stellar combination of power and accuracy, Korda can be as intimidating as Thompson. They’re the two best Americans in the world today based on the rankings, bombers who hit a lot of greens, but look for Nelly to team with her sister Jessica at least a couple of times in Scotland. It’s a natural pairing with Jessica also a long hitter. Nelly is also one of the best putters in the game, the third best American in the putts per GIR stat, trailing only Brittany Altomare and sister Jessica. Nelly and Jessica’s power and touch helped them finish T-12 together at the Dow Great Lakes Bay Invitational.

The lowdown: Kang made a terrific Solheim Cup debut in Iowa two years ago, taking the stage in bold fashion, like an entertainer who couldn’t wait to put on a show. She didn’t look or play like a Solheim rookie. She sang, she danced, and she buried a lot of putts. She’s one of the better iron players in this competition. She was undefeated playing alongside Michelle Wie (2-0) and Lizette Salas (1-0) in Iowa. There’s no Wie to play with this year, but Kang is back in a pod with Salas again. Megan Khang and Annie Park also are in that pod.

The lowdown: With a changing of the guard, Salas is one of the team’s most important pieces, a veteran who is now the third highest ranked American (No. 16) in the world. She made a hard run at winning the AIG Women’s British Open last month, finishing second only after Hinako Shibuno birdied the 72nd hole. Salas, one of the straightest drivers on tour, followed that strong effort by finishing T-3 at the CP Women’s Open in her last start. She’s riding a lot of confidence.

The lowdown: Korda is a long hitter, who hits a lot of greens and makes a lot of putts. She’s the second best American in the putts per GIR stat this year. Her short game used to be her Achilles’ heel, but it’s a lot better than it used to be. That should make her a formidable foe for the Euros this week, and a good partner to her sister, Nelly, and possibly Lexi Thompson. Jessica is playing her first Solheim Cup overseas. 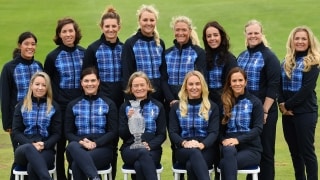 Here's a closer look at the European Solheim Cup team that will compete Friday-Sunday at Gleneagles.

The lowdown: Alex may be a Solheim rookie, but she’s a tour veteran and an LPGA player director on the tour’s board. Inkster calls her one of her “feisty” players. Alex will be looked to for leadership on a team with so many Solheim rookies (6) and so many players (9) teeing it up for the first time in a Solheim Cup overseas. Alex broke through to win her first LPGA title in Portland last year. She’s with Stacy Lewis in a pod that includes Angel Yin and Morgan Pressel.

The lowdown: A solid, consistent ball striker who doesn’t make a lot of mistakes, Khang should pair well in alternate shot. She hits a lot of fairways and greens. Khang showed something in big events this year, recording two of her five top-10 finishes in majors. She finished sixth in Solheim Cup points with a steady diet of top-20 finishes. She is in a pod with Danielle Kang, Lizette Salas and Annie Park.

The lowdown: Though a lot of fans may not be familiar with her game, Altomare is a birdie machine. She has made more birdies (277) than any American playing the LPGA this year. It makes sense that she’s a terrific putter. In fact, she’s the best American putter on tour this year, ranking seventh in putts per GIR. Altomare introduced herself to international audiences at the Evian Championship in France two years ago. She nearly made her first LPGA title a major, losing to Anna Nordqvist in a playoff played partially in hail.

The lowdown: As an 18-year-old rookie in Iowa, Yin made a big impression bombing it around, over and beyond everyone else. She’s the second longest driver in the LPGA ranks, the longest American on tour (281 yards per drive). Only the Netherlands’ Anne van Dam is longer, who is also in this week’s event, Yin also made an impression with her playful humor in Iowa. She was the youngest player on the team two years ago, and she’s still the youngest on the team this year. Though Yin hasn’t broken through to win an LPGA title yet, she did win on the Ladies European Tour shortly after turning 19. Impressively, she beat I.K. Kim and Celine Boutier in a playoff.

The lowdown: The former NCAA individual champ from USC broke through to win her first LPGA title at the ShopRite Classic last year. She will stand out this week, because she’ll be the only player with a broomstick putter. While she used a long putter off and on as a junior, she didn’t commit to it as a pro until after the Rules of Golf banned anchoring. She’s showing why she likes the long putter this year. She’s 21st on tour in putting average.

The lowdown: McDonald gets the call after Stacy Lewis withdrew Tuesday with a back injury. The Mississippi State product, in her fourth year on the LPGA, has five top-15 finishes this season, including a solo third at the ShopRite LPGA Classic. While she has big shoes to fill – Lewis was set to play in her fifth Solheim Cup – McDonald does have some team match-play experience. She played for the U.S. in the 2014 Curtis Cup.

The lowdown: Pressel is the most successful Solheim Cup player on the American roster. Her 10 Solheim Cup victories are twice as many as any other player on the team. Match play brings out the best in Pressel. She won the U.S. Women’s Amateur in 2005, and she made a run at winning the LPGA’s Sybase Match Play Championship in 2012, losing to Azahara Munoz in the semifinals. Pressel teamed with Paula Creamer to finish T-6 at the Dow Great Lakes Bay Invitational team event in July and was in the hunt to win the AIG Women’s British Open last month, ultimately finishing fourth there. That won her a captain’s pick.