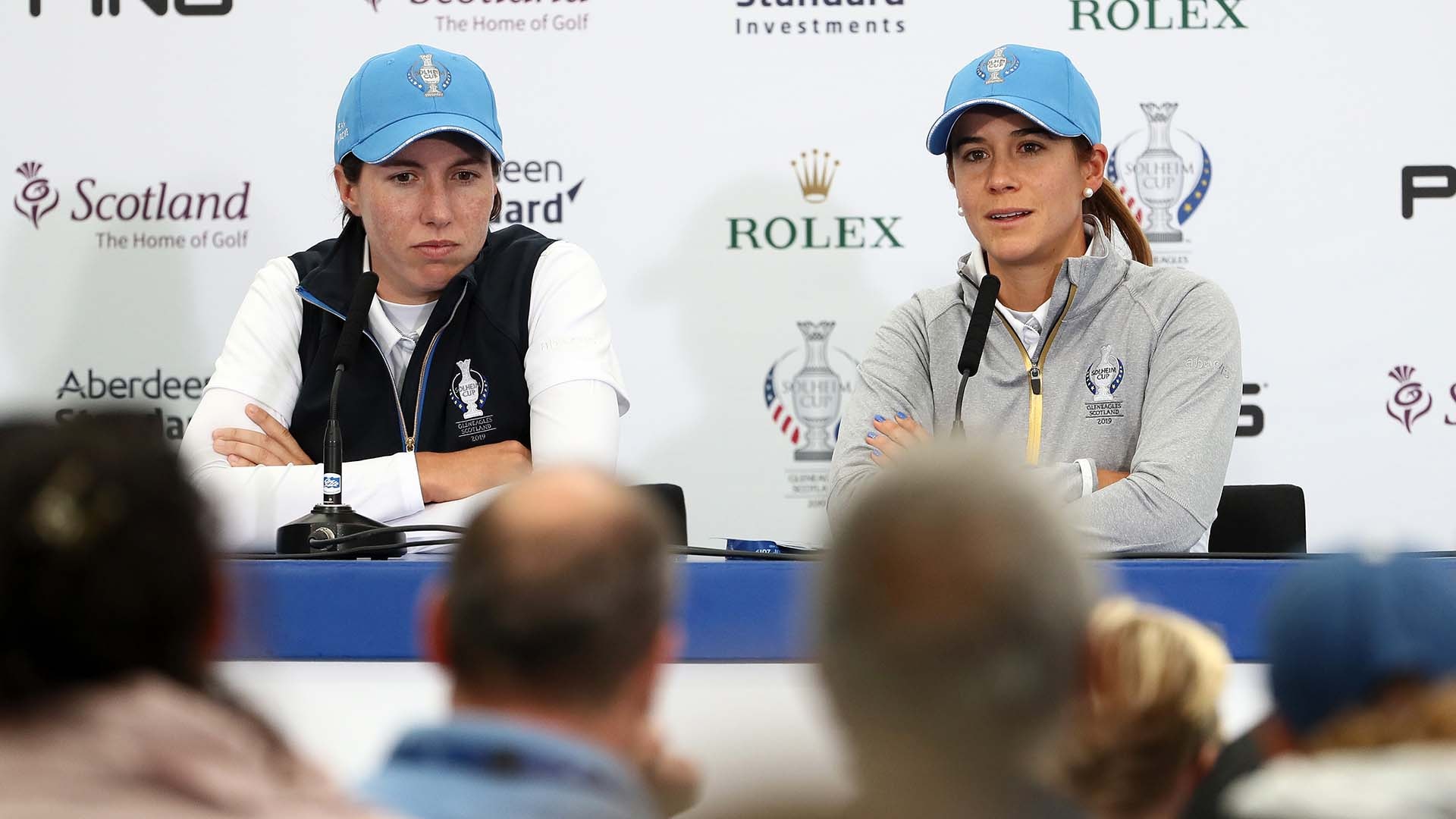 GLENEAGLES, Scotland – The U.S. holds a 10-5 all-time series lead in the Solheim Cup and has won the past two contests and five of the last seven.

But are the Europeans a better team?

Azahara Munoz and Carlota Ciganda seem to think so. In Wednesday’s final press conference, the Spaniards were asked about the differences in attitudes between themselves and the Americans.

“To be honest, I think that playing as a team comes very natural to Europeans,” Munoz said. “I feel that maybe because we grew up playing as a team a lot and American is more of an individualistic lifestyle, I guess. And we do everything together. We're more family-oriented – not that they're not; that sounded terrible. Sorry, I didn't mean that.”

But Munoz, who has been on three previous Solheim Cup teams (two winning), continued.

“We tend to do everything in groups ... and I think that really helps us,” she said. “A lot of people have been asking me, 'What do you do to make the team better?' And we don't try anything. We just do. Carlota and I were talking last night; I don't remember the last time I laughed so much. Every dinner is just nonstop. Like, we were joking how we had to get the physio to work on our faces because I was sore here from laughing.

“We just get along so great and we have so much fun together, so I think we really have that going on for us.”

Ciganda, now a four-time Solheim Cupper who joined Munoz on the winning Spanish team at the 2014 International Crown, agreed.

“Americans, they are great players. I think, as Azahara said, they're more individual,” she said. “They like to do their own thing. They like to be the best at anything they do, and I think that's really good. I think that's why in singles they're always very good.

"I think it's just the lifestyle. I think Europeans, we're more used to playing as a team. And we love that. I think you have to like that, have to love that. I think Americans, they want to be more – maybe more leaders or more – I don't know what's the word. We're just all one. We're all the same. We are a team and we are Europe.”

And they likely just gave the Americans some bulletin-board material.