'She's a freaking rock star': Inkster has remade the U.S. Solheim team in her image 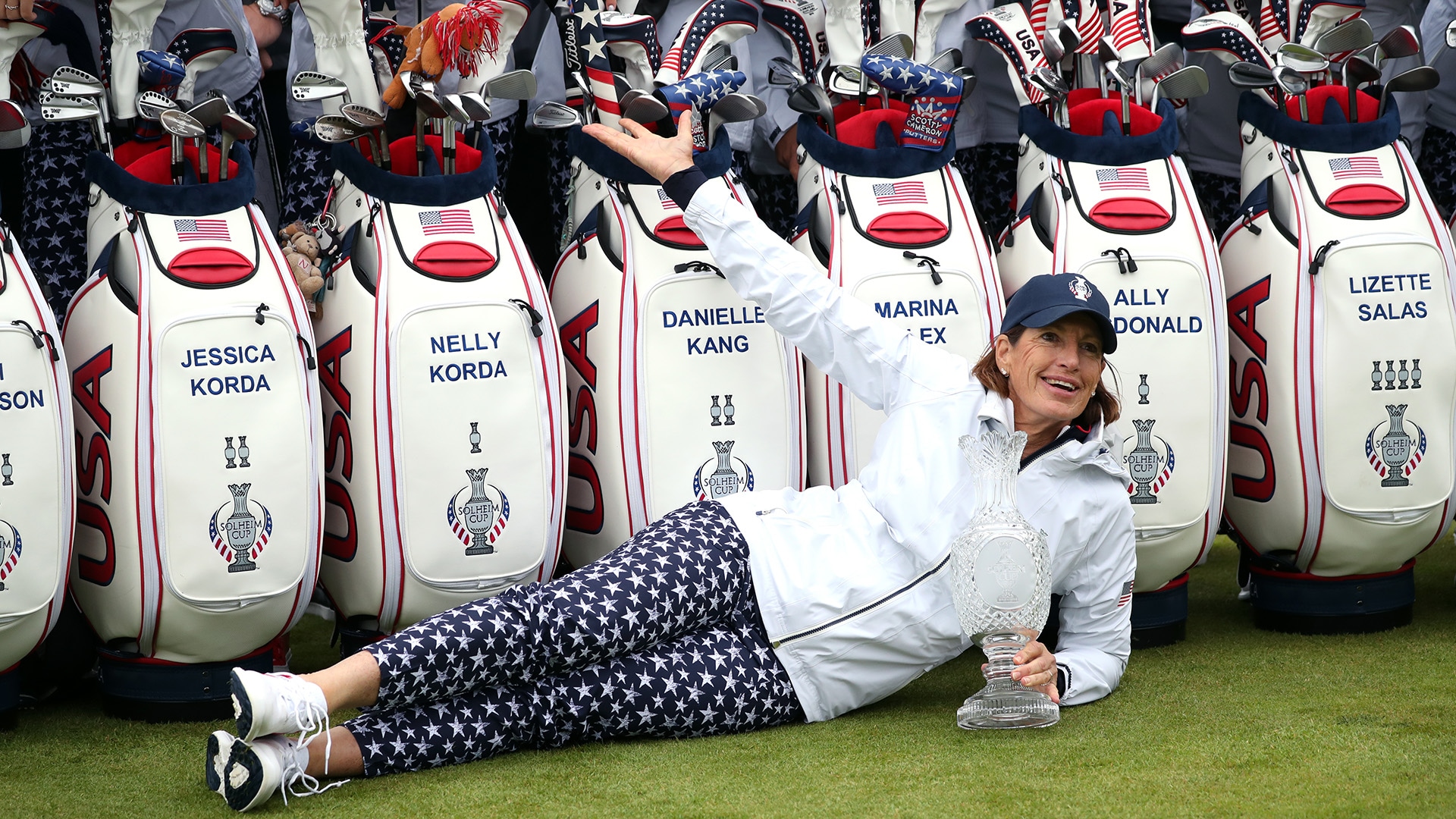 GLENEAGLES, Scotland – When Lexi Thompson’s shoulders slumped and her head bowed during a front-nine struggle against Anna Nordqvist in Sunday singles of the Solheim Cup in Iowa two years ago, U.S. captain Juli Inkster intervened.

With Thompson 4 down, Inkster delivered the right words in the right tone.

That’s what Inkster said, or something along those lines.

Thompson ended up halving the match in an epic comeback.

When Stacy Lewis was struggling in Iowa, and Inkster could see the former world No. 1’s frustration was bringing down her playing partner, Inkster sought out Dale Lewis, Stacy’s father, to see how to best change that dynamic.

“Juli said she was going to talk to Stacy about it, and she wanted to know which way to go,” Dale said Wednesday aside the driving range at Gleneagles. “She asked, 'Does Stacy need a kick in the pants, or a rah-rah speech?'

Inkster delivered it in a way that Lewis was grateful to hear.

Nobody knows how much of a difference a captain really makes in these international team events. There’s no way to know how many points a captain may be responsible for winning or losing with her pairings, with her advice or with her mere presence in the team room; but there’s no denying Inkster has been a difference maker in the American Solheim Cup revival.

And a pretty good dancer, as she showed her players in Iowa, where she claimed ownership of the first tee as her turf. She danced to Bruno Mars’ "Chunky" and anything the DJ played there. Her confident, loose demeanor while welcoming each of her players into the arena was masterful. She was the boss – the kind you want to work for.

Inkster, 59, won’t hit a shot in Scotland this week, but she is the star once more of the U.S. Solheim Cup team.

She introduced herself to the world in spectacular fashion as an emerging talent in Northern California, becoming the first woman in the modern era to win three consecutive U.S. Women’s Amateurs.

If there’s a storybook final chapter to her Hall of Fame career, it’s teed up with more history possible this week.

Her players know the difference she makes.

They felt it during their Solheim Cup-record comeback from a 10-6 deficit before Sunday singles in Germany four years ago.

“Each one of us had a little bit of Juli in us,” Lewis said back then.

And they felt it winning in a rout in Iowa.

“Juli said just how confident we all seemed,” Lewis said. “That’s what Juli has brought out in all of us. That confidence. It rubs off on us. We knew we were going to play great golf, there was never a doubt. I think a lot of that comes from your captain.”

Win or lose Sunday in Scotland, this might not be Inkster’s final Solheim Cup chapter.

Maybe she is back again leading the United States in two years at Inverness in Toledo, Ohio, to join Europe’s Mickey Walker as the only women to captain four Solheim Cup teams. Inkster is so respected among American players, nobody will be surprised if they lobby to get her to do it yet again.

Even if this doesn’t go well Sunday, you can bet there won’t be a player revolt, not like the one captain Tom Watson endured after the Americans lost the Ryder Cup at Gleneagles in 2014.

Win or lose, the Americans have learned under Inkster to do it as a team.