Will Inkster's decision to sit the Kordas pay off? 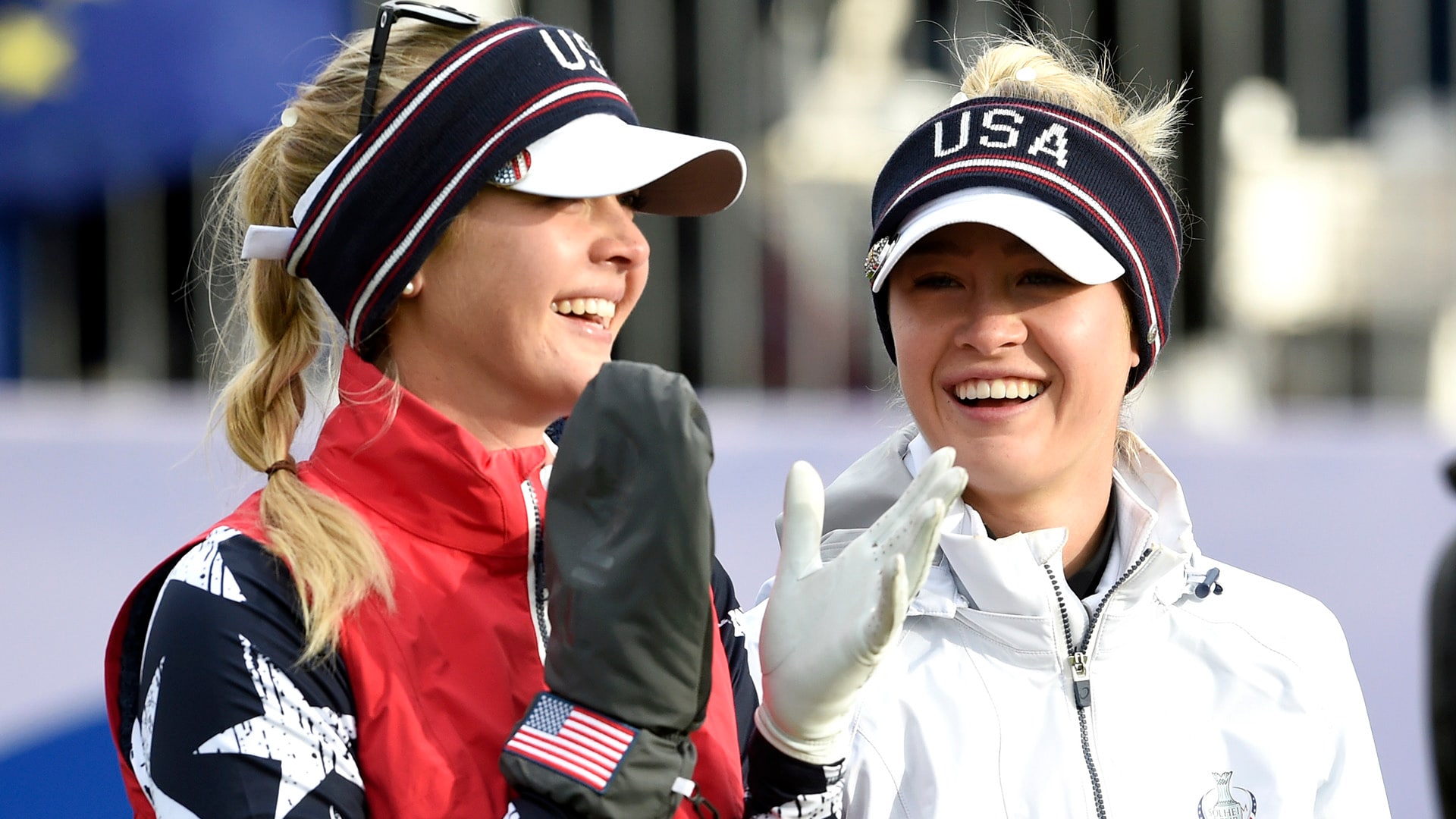 GLENEAGLES, Scotland – The Korda sisters were benched Saturday afternoon at the Solheim Cup.

Though Jessica and Nelly Korda are both undefeated, each with 2-0-1 records this week, U.S. captain Juli Inkster will rest them in the fourballs session.

Is it a mistake?

Even Brittany Lincicome, a six-time Solheim Cup veteran, with two of those appearances with Inkster as her captain, can’t help wondering.

Inkster is 2-0 as the American skipper, and she’s sticking with a strategy that has worked well in both her team’s victories. She has never played anyone in all five matches since becoming the U.S. captain. She wants all her players rested for the vital Sunday singles finish.

Though it is a strategy that has worked well for Inkster, it is bound to be second guessed if the Americans lose this week.

Europe’s Catriona Matthew will play her Spaniards, Carlota Ciganda and Azahara Munoz, in all five matches this week.

The Korda sisters didn’t seem bothered by the decision after they teamed to win another foursomes match in a rout Saturday morning. They defeated Ciganda and Bronte Law, 6 and 5. They beat Caroline Masson and Jodi Ewart Shadoff, 6 and 4, in Friday’s opening foursomes session. The Kordas were split up for Friday fourballs, with each winning a half-point with their new partners.

“We’re going to rest up today and give it our all tomorrow,” Nelly Korda said.

Inkster didn’t play anyone all five sessions when she was captain two years ago in Iowa, nor when she led the team in Germany four years ago, even with her team facing large deficits all weekend. Inkster’s team was down 8-4 going into Saturday fourballs in Germany and she still sat Michelle Wie, Paula Creamer, Morgan Pressel and Angela Stanford in that last session of partnered play to give all her players rest.

This strategy of resting everyone has become an American staple. No U.S. player has competed in all five matches since Creamer did so in Ireland in 2011, with Rosie Jones as her captain. Cristie Kerr was also scheduled to go five matches that week but withdrew from Sunday singles with a wrist injury. American captain Beth Daniel didn’t play anyone five matches in ’09 when she led the team to victory at Rich Harvest Farms outside Chicago.