Dustin Johnson is the oldest U.S. player and the only one to play all five sessions 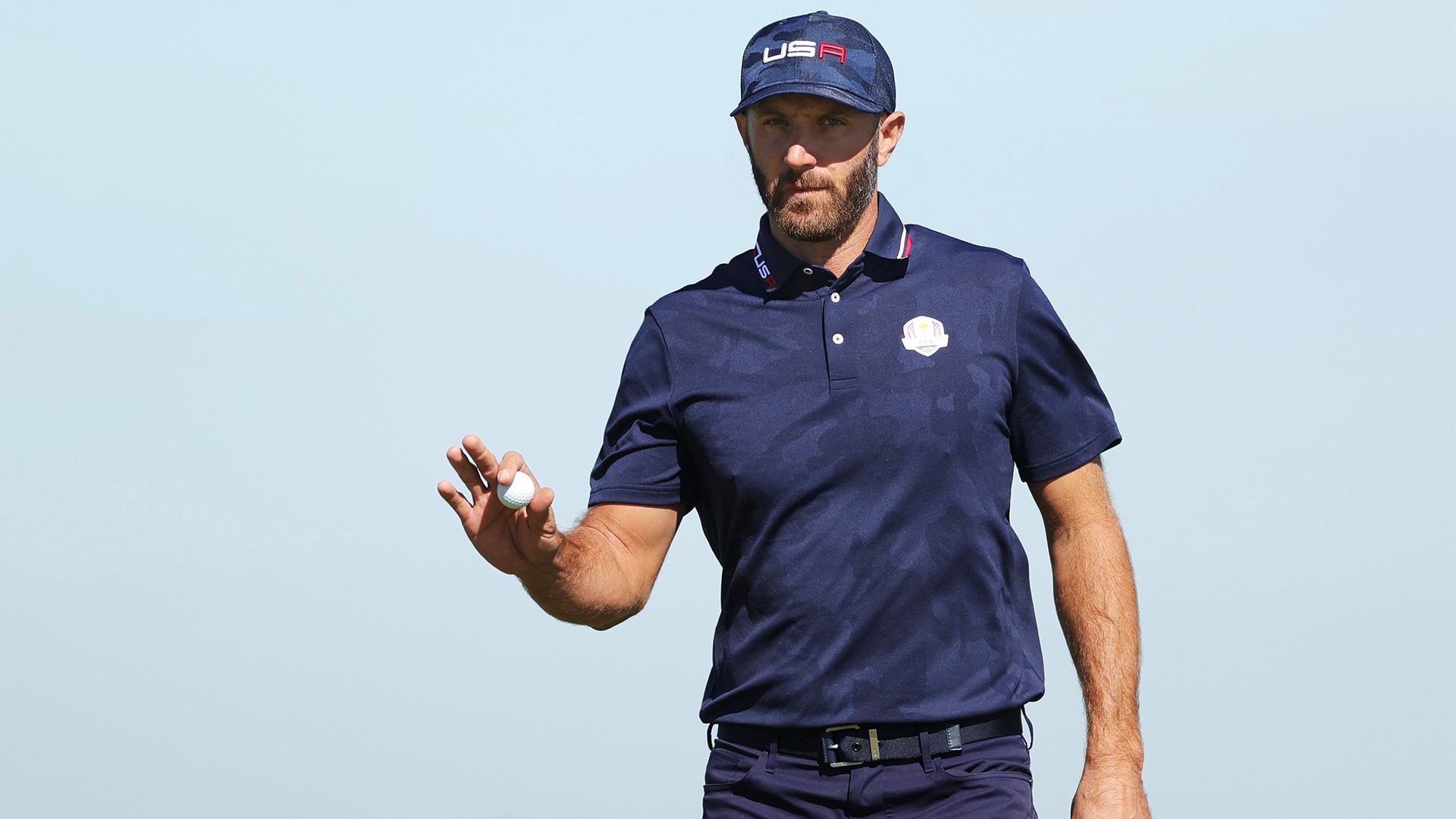 SHEBOYGAN, Wis. – All of the talk heading into the Ryder Cup was about the youth on the U.S. side, but who’s the only player to go all five sessions for the Americans?

Dustin Johnson, who at 37 years old is the graybeard of the group.

Johnson entered this cup with a 4-8 career mark in partner play but he found a couple of pairings that brought out his best. He went 2-0 in the foursomes format with Collin Morikawa – they’ll try again Saturday afternoon in fourballs – and also earned a full point alongside Xander Schauffele on Friday.

Johnson is the only player on the U.S. side to go all five sessions after U.S. captain Steve Stricker decided to rest Schauffele (3-0), Cantlay (3-0) and Thomas (1-1-1) for the afternoon. Daniel Berger will also sit out after going 1-1 in foursomes play.

With the afternoon off, Thomas and Berger headed to the first tee, where they shotgunned beers and revved up the crowd.

“I think our side has the advantage of maybe having a deeper team, and so I think Strick feels comfortable getting everybody out there to play, and that makes everybody more fresh come Sunday,” Cantlay said. “I think that’s an advantage that our team has.”

This was one of the youngest American Ryder Cup teams ever, with an average age of 29.4.

On the European side, Jon Rahm (2-0-1) and Viktor Hovland (0-2-1) were the only players called upon to play each of the team sessions.