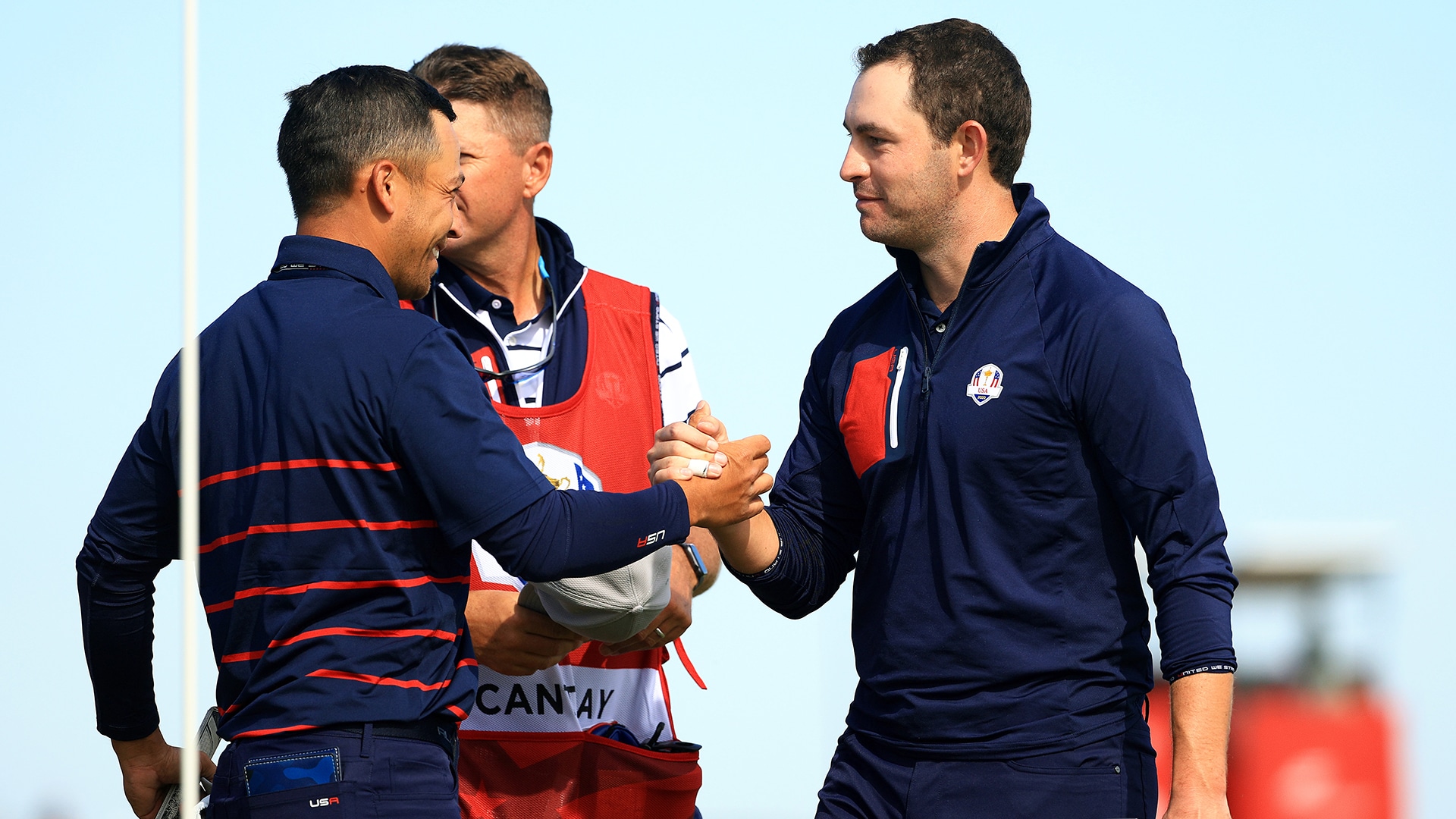 SHEBOYGAN, Wis. – The new American power pairing delivered on Day 1 at the Ryder Cup, and it did so against two European stalwarts.

In the anchor foursomes match Friday morning at Whistling Straits, Xander Schauffele and Patrick Cantlay rolled over Rory McIlroy and Ian Poulter, 5 and 3.

The American twosome, who foreshadowed what they could become at the 2019 Presidents Cup with a 2-2 record together, roared out to a commanding early lead and were 5 up through five holes.

“Making birdie on the first, dream start and Xander hit a great shot in there and the way we won 2 was big for momentum and birdie 3, best start I could imagine, and Xander rolled in that putt on 5 and then we were rolling,” Cantlay said. “A start like that, I'm really glad we kept our nerve and kept our foot down and really pleased them out early.”

The Europeans cut the lead to 3 up through 11 holes, but that was as close as they would get with the U.S. tandem finishing the match with four consecutive birdies. Cantlay and Schauffele were 5 under through 15 holes in the format that normally gives the U.S. team the most trouble in the Ryder Cup. The Americans were 3-1 after Session 1.

Added Poulter: "A shame because we actually played quite well. You know, they have played exceptionally good golf in foursomes. It's not nice to get off to the start 5 down through five. Not easy to come back, and they finished the match off."

Poulter is now 1-4-1 in team play since his memorable performance at the 2012 Ryder Cup at Medinah. He'll sit Friday afternoon in fourballs while McIlroy will play a 26th straight session to begin his cup career, teaming with Shane Lowry.

"Yeah, the start wasn't great," McIlroy said. "I don't know if anyone could have beat Xander and Patrick today."

U.S. captain Steve Stricker, however, split the duo for the afternoon four-ball session with Schauffele teaming with Dustin Johnson and Cantlay playing with Justin Thomas. That’s likely a nod to the fact that Schauffele and Cantlay went 0-2 in the four-ball format in 2019 at Royal Melbourne.