Thomas avoids collapse, wins playoff in the dark to take the TOC 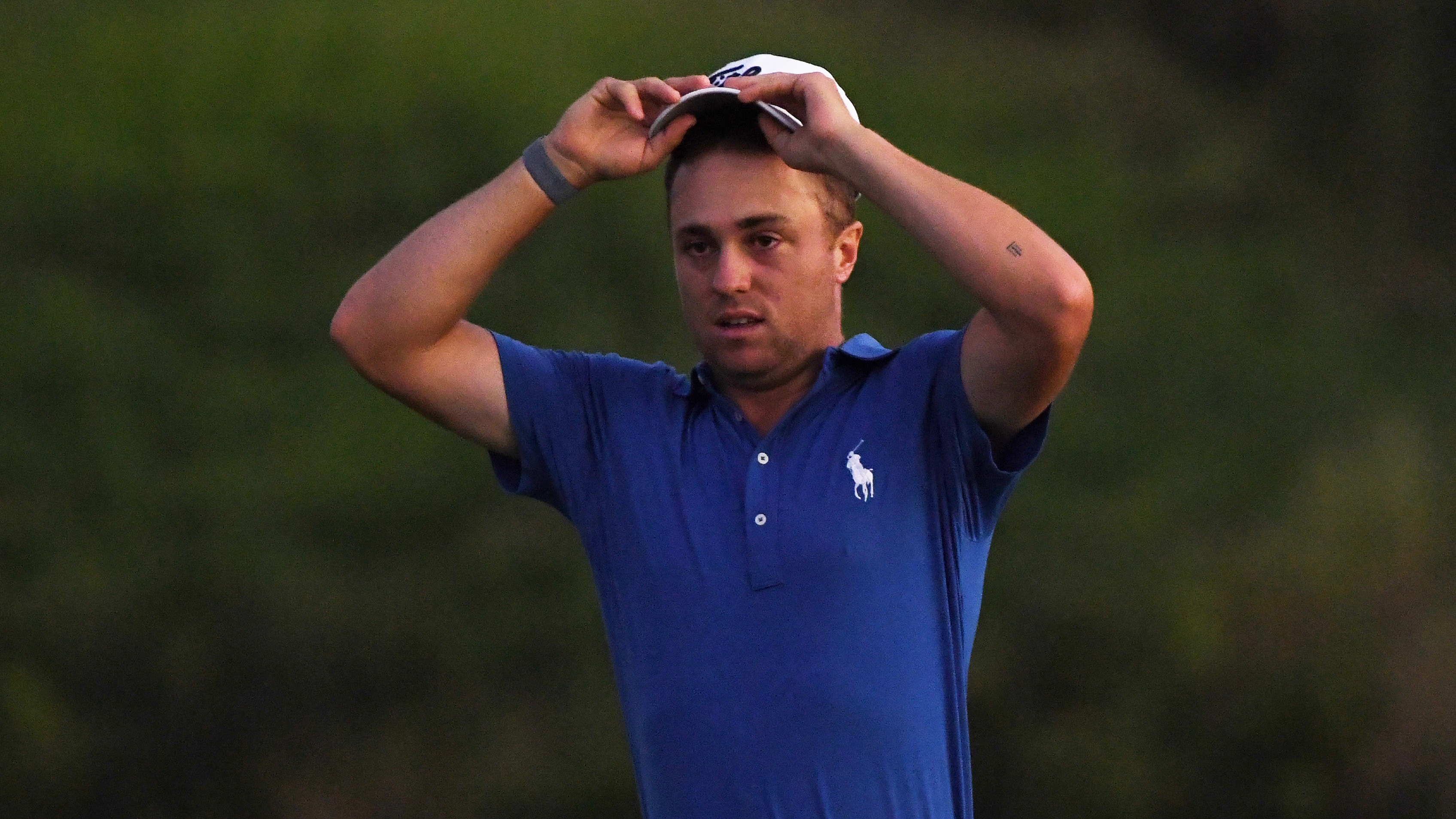 On a wild and windy Sunday at Kapalua, Justin Thomas survived a near-collapse to walk away with the Sentry Tournament of Champions title via a playoff win over Patrick Reed and Xander Schauffele. Here's everything you need to know:

It wasn't pretty, but Thomas ultimately got the job done, overcoming a disastrous 72nd hole and three more trips down the par-5 18th in the playoff to take down Reed and Schauffele for the title.

The 26-year-old now owns 12 career PGA Tour victories, making him the only player currently under the age of 30 with that many wins. He also moved to 3-1 in playoffs on Tour.

Many were already predicting a strong 2020 for Thomas, who now owns two victories this season and moves atop the FedExCup standings. While he will remain fourth in the world rankings, Thomas has won three times dating to last August's BMW Championship, a span in which he has failed to finish worse than T-17.

For 15 holes, Thomas played brilliantly – flighting balls into a stiff wind (20-30 mph with nearly 40 mph gusts), holing crucial putts, avoiding costly mistakes. He pulled even with Schauffele with birdie at the par-3 eighth, a two-shot swing made possible by a sloppy three-putt bogey by Schauffele, and then rattled off three more birdies in succession, including one at the par-3 11th after sticking his tee shot to 5 feet. (Thomas made six birdies in an eight-hole span, from Nos. 8-15.)

At that point, Thomas looked as if he would coast to victory.

But then things started to unravel – and fast. He bogeyed the par-4 16th, needed to hole a clutch par putt from 6 feet at the par-4 17th to maintain his one-shot lead and made a mess of the par-5 finishing hole. Facing 346 yards into the final green, Thomas hooked a 3-wood into the penalty area and made bogey to drop back into a tie for first at 14 under.

After Schauffele again three-putted for par, Schauffele, Thomas and Reed, who closed in 7-under 66, headed back to the 18th tee for the playoff.

In the playoff, Schauffele was quickly eliminated on his third three-putt of the day as he left a 100-plus foot eagle try woefully short. Thomas and Reed moved on with birdies before trading pars on the second playoff hole. With one more hole left before sunset, Thomas finally redeemed himself at 18, overcoming yet another poor second shot and wedging close to set up a winning birdie from 4 feet. (Reed's birdie attempt from 8 feet missed right.)

After fatting a 3-wood on the third playoff hole and leaving himself 117 yards into the green, Thomas regrouped, hitting the shot of the tournament in fading sunlight.

Cantlay birdied four of his final five holes and almost holed out for eagle at the par-4 17th as he closed with a 5-under 68 and finished solo fourth at 11 under.

Fowler capped a top-5 finish with a final-round 69 that included just one bogey.

Niemann posted his best finish since winning the season-opening Greenbrier last fall, birdieing the last to shoot 70 and finish at 10 under. He did, however, fail to break 70 after opening the week with 66.

Dustin Johnson closed with six consecutive pars but still shot 69 and earned his best finish since his runner-up showing at the PGA Championship last May.

Schauffele entered the day with a one-shot lead, but three costly three-putts, including one on the first playoff hole, cost him a chance at winning back-to-back titles at Kapalua. 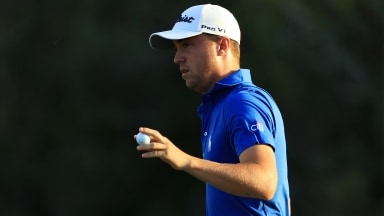 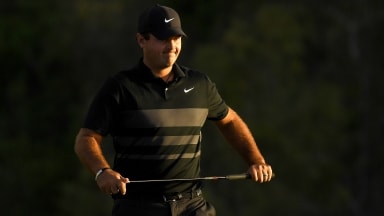 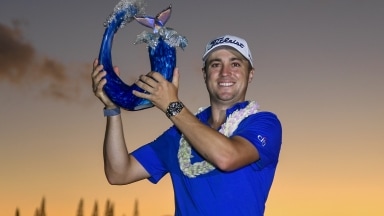