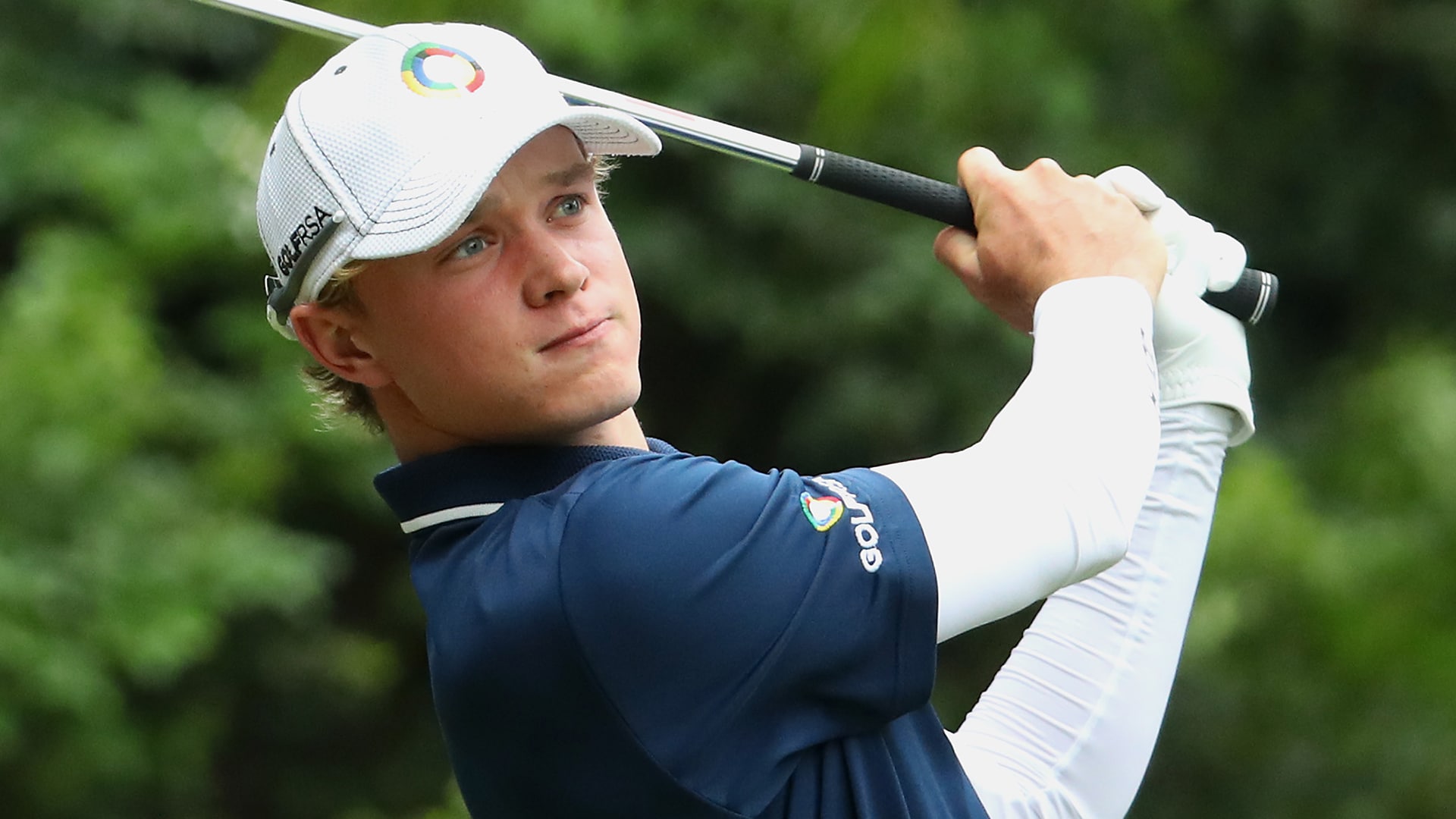 A teenage amateur is looking to crash the pros’ party this weekend at the European Tour's South African Open.

Jayden Trey Schaper, an 18-year-old from Benoni, South Africa, is just one shot off the lead after 36 holes at Randpark Golf Club in Johannesburg.

Schaper caught fire on the back nine, making five birdies in a six-hole stretch beginning at No. 11, and finished with a second-round, 4-under 67 to move to 10 under on the leaderboard, where he is only behind leader Tapio Pulkkanen of Finland.

The last amateur winner of the South African Open was Denis Hutchinson in 1959.

“We're all here to try and win, but my goal is just to go out and take things one shot at a time and see what happens,” Schaper told reporters on Thursday.

“Jayden's got this wonderful ball flight off the tee with a little cut,” said Louis Oosthuizen, Schaper's golf idol who played with the teenager during the first two rounds. “A lot of the guys hit high draws for more distance, but what Jayden has is pure class. We'll be seeing him right at the top in the future.”

Oosthuizen is two shots behind Schaper in a tie for 11th, part of a group that also includes fellow South Africans Branden Grace and George Coeztee.

Recent UNLV grad and GB&I Walker Cupper Harry Hall is in a four-way tie for seventh at 9 under while Schaper is joined by four other players at 10 under, including former Florida standout Sam Horsfield, who fired a bogey-free 68 on Friday.

Pulkkanen has made just one bogey through 36 holes.