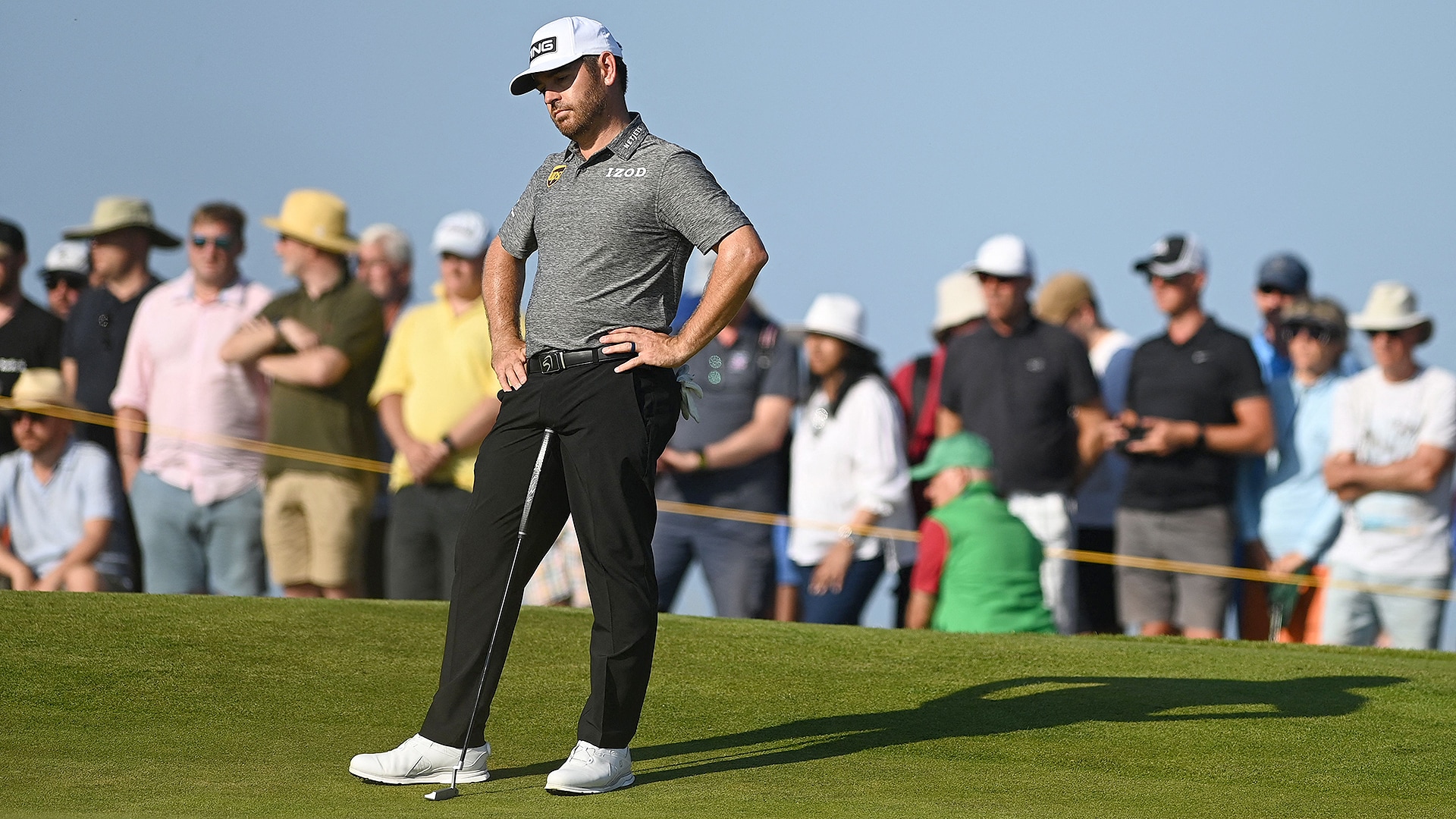 The wait continues for Louis Oosthuizen.

Eleven years removed from his last major title, the sweet-swinging South African couldn’t complete a wire-to-wire victory at The Open.

Oosthuizen’s blunder from a pot bunker on the par-5 seventh – the easiest hole on the course Sunday – dropped him out of a share of the lead and two shots behind eventual winner Collin Morikawa. Oosthuizen never drew closer and wound up tied for third, four shots behind. His closing 71 matched the highest score of any player inside the top 14.

It was Oosthuizen's eighth top-3 finish in a major since his breakthrough 11 years ago at St. Andrews – and his third in a row in the 2021 Grand Slam calendar.

He didn't speak to the media, sending out only this message:

Holding a one-shot lead heading into the final round, Oosthuizen was looking to become the first player since Rory McIlroy (2014) to take The Open in wire-to-wire fashion. He dropped a shot on the fourth to lose his lead, but his biggest mistake came on the seventh.

On a hole that had already surrendered eagles to Jon Rahm, Jordan Spieth and Corey Conners, Oosthuizen flailed his long-iron approach into the greenside bunker. Needing to clear a steep face, he instead caught his bunker shot too thin and blasted it over the green, his ball plopping into a fluffy lie along the back edge. With little chance to go at the flag, he splashed out to the front edge of the green and two-putted for bogey.

The two-shot swing put him behind for the first time since Thursday, and he never recovered.

“The seventh hole was definitely the turning point,” Morikawa said. “I’m not sure what happened with his first bunker shot, if he had a tough lie or anything, but just to have that little switch of a two-shot swing got that round started and into another gear.”

Oosthuizen’s 11 consecutive major rounds inside the top 3 is the longest such streak since Tiger Woods (12) in 2000.

“He’s going to keep knocking at these doors,” Morikawa said, “and I’m sure he’s going to knock a few more down. He’s just too good.”