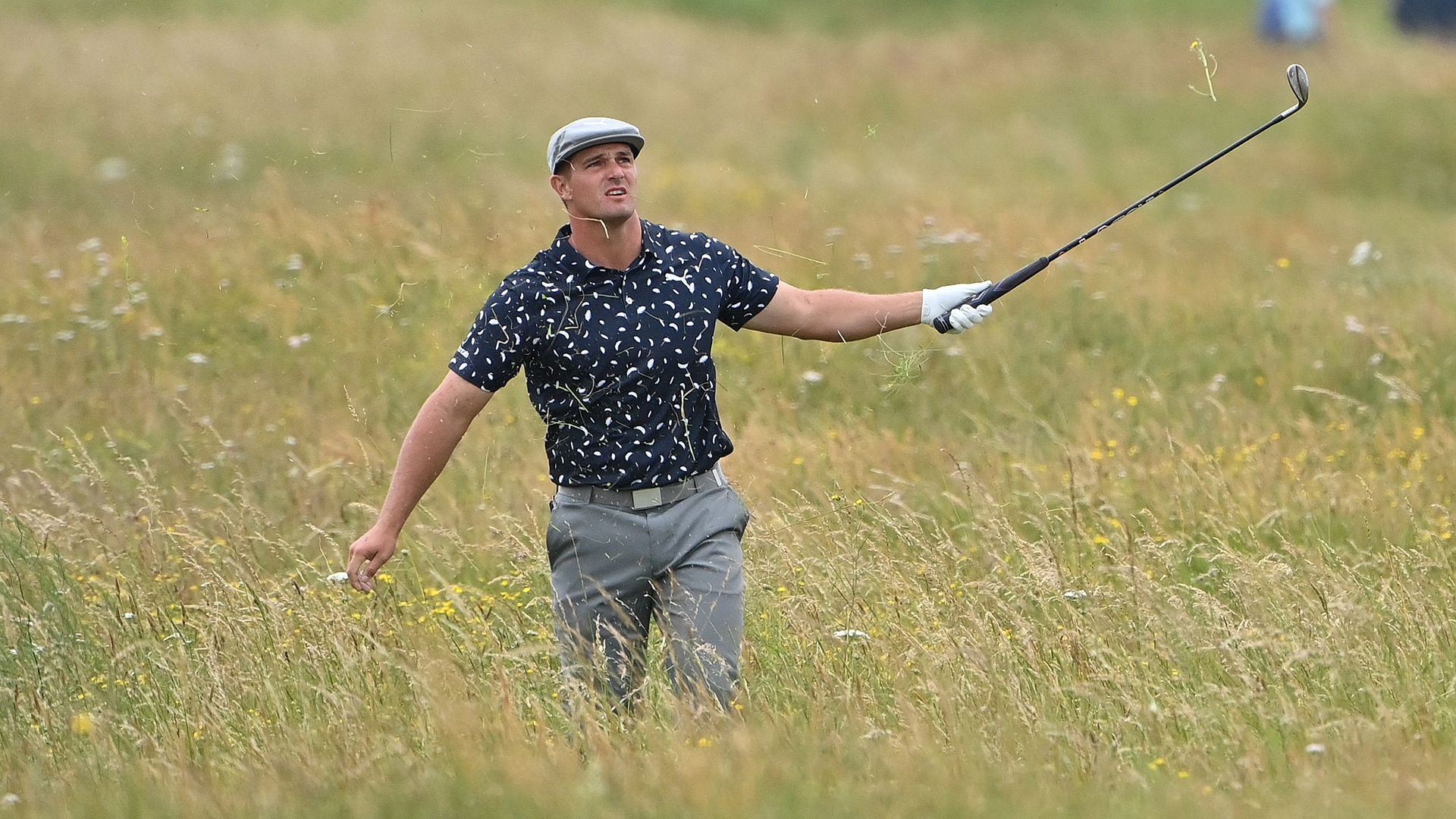 Bryson DeChambeau spent more time in the hay than the fairway Thursday at Royal St. George’s, and his frustration was apparent after the round.

“If I can hit it down the middle of the fairway, that's great, but with the driver right now, the driver sucks,” he said afterward. “It’s not a good face for me, and we’re still trying to figure out how to make it good on the mis-hits. I’m living on the razor’s edge, like I’ve told people for a long time.”

That much is true: Since the beginning of the year DeChambeau has been trying to find a driver face that’s more compatible to the high speeds he’s now swinging. Earlier this spring he teased a new Cobra driver that would be more accepting of mis-hits, but apparently that project is still a work in progress.

DeChambeau hit only four of 14 fairways in the first round of The Open, oftentimes needing to blast his way out of the thick hay that lines the holes at Royal St. George’s. After battling back from an uneven start, he bogeyed two of the last four holes for a 1-over 71 that left him seven shots off the early lead.

His issues, he said, are all related to his driver.

“It’s not the right design, unfortunately,” he said, “and we’ve been trying to fix it. Cobra’s been working their butt off to fix it, and we just haven’t had any results yet.”

Not surprisingly, DeChambeau’s clubmaker wasn’t pleased with his public criticism.

Ben Schomin, Cobra’s tour operations manager and the man who caddied for DeChambeau two weeks ago when he split with his caddie on the eve of the Rocket Mortgage Classic, told Golfweek that DeChambeau’s comments were “really, really painful” because the team has been working tirelessly to accommodate him.

“Everybody is bending over backwards. We’ve got multiple guys in R&D who are CAD’ing (computer-aided design) this and CAD-ing that, trying to get this and that into the pipeline faster,” Schomin told the website. “It’s just really, really painful when he says something that stupid.”

Schomin said that Cobra has made DeChambeau seven prototype heads this year, but that “he has never really been happy, ever. Like, it’s very rare where he’s happy.”

“Now he’s in a place where he’s swinging a 5-degree driver with 200 mph of ball speed,” he continued. “Everybody is looking for a magic bullet. Well, the magic bullet becomes harder and harder to find the faster you swing and the lower your loft gets.”

Schomin, who is not on-site this week, compared DeChambeau’s frustration to “an 8-year-old that gets mad at you. They might fly off the handle and say, ‘I hate you.’ But then you go, ‘Whoa, no you don’t.’ We know as adults that they really don’t mean that, and I know that if I got him cornered right now and said, ‘What the hell did you say that for?’, he would say that he was mad. He didn’t really mean to say it that harshly. He knows how much everyone bends over backwards for him, but it’s still not cool.”

Following the brief post-round interview, DeChambeau headed to the practice area for another round of driver testing with his new caddie, Brian Zeigler.

Later, DeChambeau issued an apology regarding the post-round comments he made about his driver.