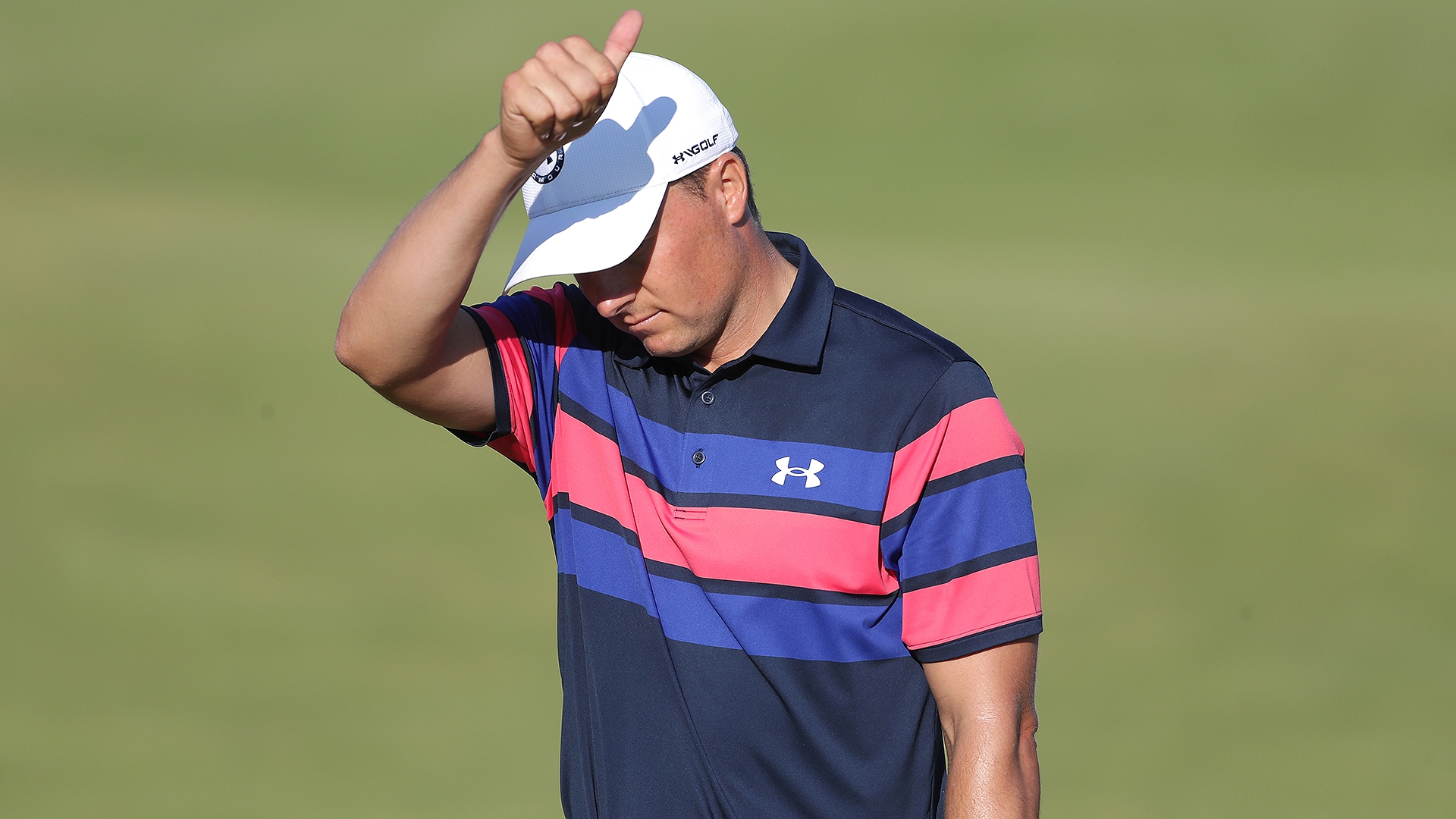 So frustrated with his finish Saturday at Royal St. George’s, Jordan Spieth jogged off the 18th green to sign his card and headed straight to the practice putting green.

Even after a half-hour session, he hadn’t much cooled down.

“The finish yesterday was about as upset as I’ve taken a finish of a round to the house,” Spieth said Sunday. “I walked in and said, ‘Is there something that I can break?’”

The bogey-bogey finish to his third round (the latter coming after a 2-foot miss on 18) kept him out of the final group and put him three shots behind heading into the final round.

Only after dinner did he begin to look ahead.

“What good does it do to be upset?” Spieth said. “I came out today [with a mindset that], yes, I should be leading the tournament. That’s how I felt. But now I get to play with a chaser’s mentality, which sometimes can be with a bit more freedom.”

Cameras caught Spieth arriving to Royal St. George's about 2 ½ hours early Sunday, with only a duffel bag and his putter. Spieth said he wanted to hit a few putts earlier in the morning on his putting rail to dial in his stroke.

The extra work didn’t appear to be helpful, at least not early, when he made two bogeys in his first six holes to drop off the pace. Then he rolled in a triple-breaking 20-footer for eagle on 7, and he was off. Birdies on 9 and 10. Two more on Nos. 13 and 14. Just like that, Spieth had pulled within one.

“I did everything I could in the past few hours to win this championship,” he said.

But Spieth could never pull even with Collin Morikawa. Both players shot 66 in the final round, but Spieth wound up two shots shy.

Afterward, he pinpointed the culprit.

“My putting is not where I want to be at all,” he said. “It’s progressing in the right direction, but it’s not where it has been. I know what I need to do to get there, and it’s just very difficult to do. I just wasn’t extremely sharp with the putter this week.”