Need someone to shoot even par at The Open? Rory McIlroy: 'I'm your man' 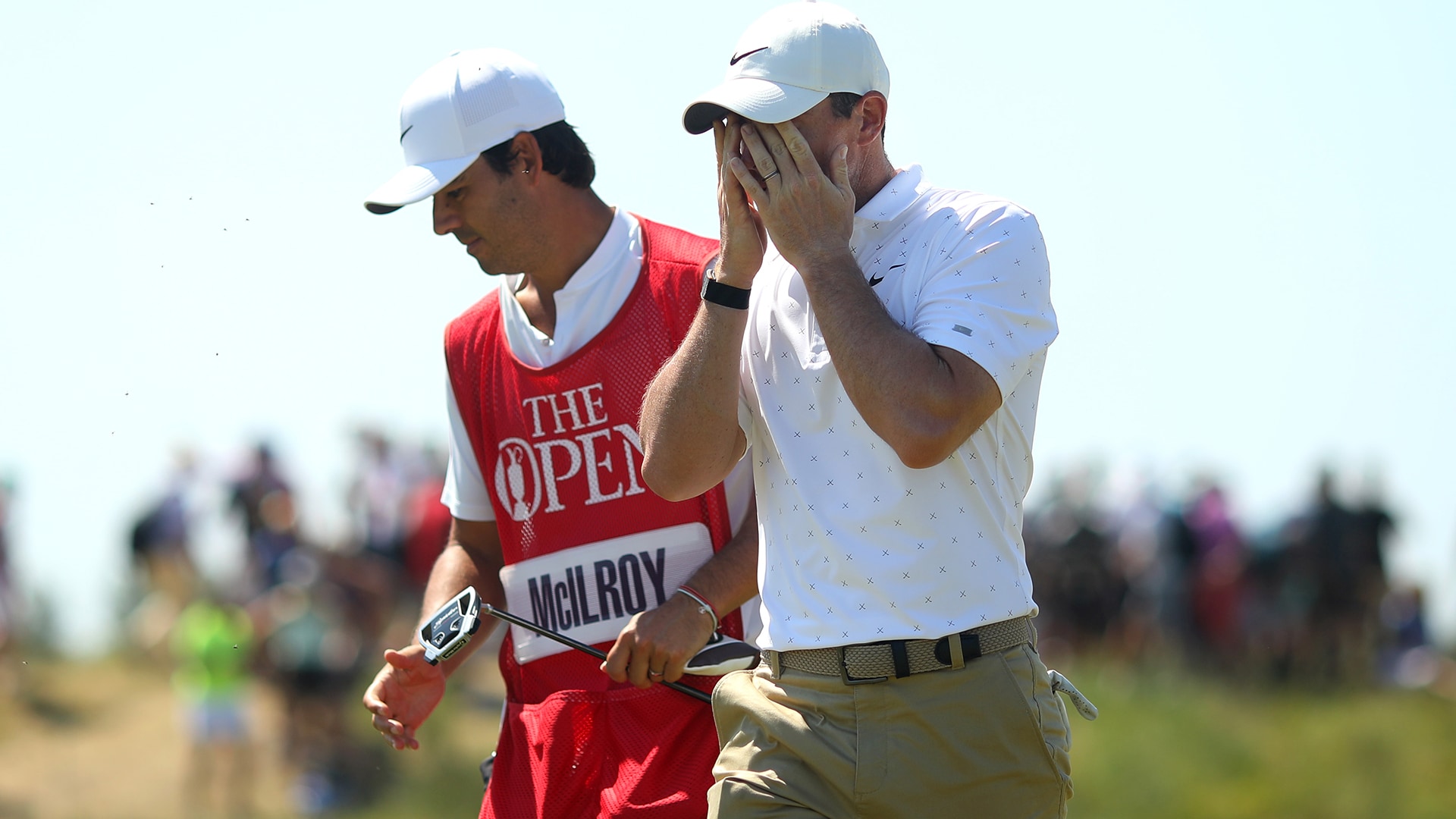 Rory McIlroy carded 17 birdies in four trips around Royal St. George’s this week, which, as McIloy contended, was “more than enough to challenge to win this golf tournament.”

Unfortunately for McIlroy, he still couldn’t find his way into contention. He didn’t even finish in red numbers.

“If you want someone to shoot even par for you for a week, I'm your man,” quipped McIlroy after finishing the 149th Open Championship at even par.

It was a common theme this week for McIlroy: circle some numbers, give it all back – and vis versa. He bogeyed four of his first 11 holes Thursday before clawing back for an opening 70. The next day he bogeyed each of his first two holes, two of his last three and shot 70 again. The biggest deflation came Saturday when McIlroy went out in 31 before a birdie-less back side and third-round 69.

His closing 71 included four birdies but also his first and only double bogey of the week, at No. 10.

“I made too many mistakes,” McIlroy said. “I think that's going to happen a little bit when you're trying to do some things a little bit differently. Yeah, there are certainly times when there were mistakes and those bogeys don't come from a bad swing, just a bad decision or your trying to do something you shouldn't do.

“I could probably pick two or three things today that I made more bad decisions and mental errors. Hitting clubs that I was barely going to – it's fine margins at the end of the day, and I just need to do a better job of when I do have those sort of in-between shots and when I have situations where it's like, OK, try to put this in the middle of the green and make par. I need to do a better job of just maybe being a little bit more disciplined out there.”

McIlroy capped this six-championship major season with three top-10s but also three finishes outside of the top 40. He’ll now turn his focus toward the Olympics later this month, the FedExCup Playoffs and the Ryder Cup while he waits another nine months before he can take another crack at ending his major drought.