Shrugging off sloppy start, Collin Morikawa moves within 1 at The Open 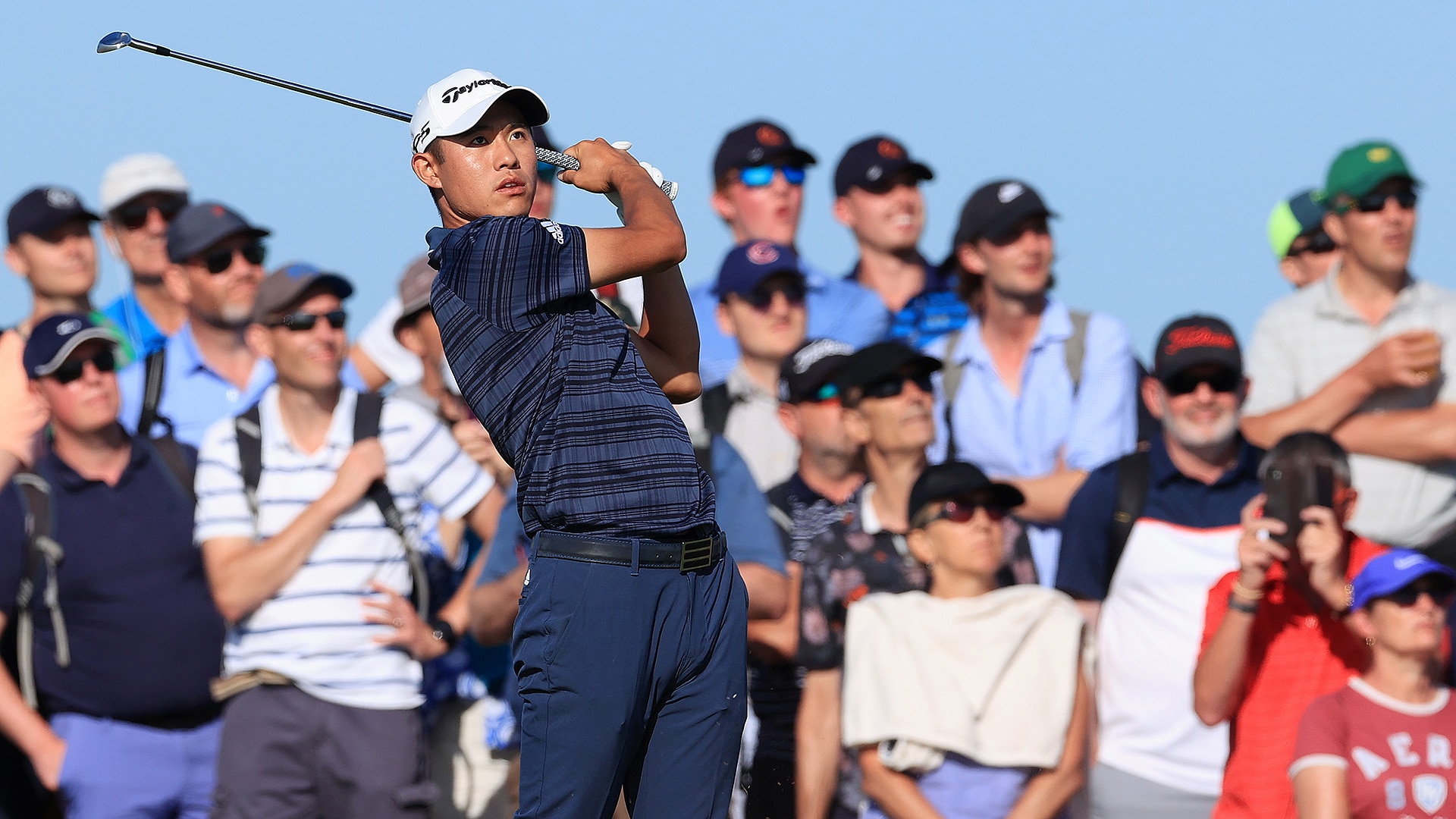 The machine was malfunctioning, or so it seemed.

After putting on his usual ball-striking clinic for two rounds, Collin Morikawa made two bogeys in his first five holes Saturday at The Open Championship and found himself, quickly, four shots off the lead.

But the dropped shots weren’t the product of bad strikes, at least not to Morikawa. He had 120 yards into the second hole, into the wind, and flew his approach over the green. Odd. He thought he hit a good 5-wood into the fifth hole and got unlucky. Another bogey.

So what turned around his day?

“It was just believing that I was still hitting good shots,” he said. “No matter what happens tomorrow, I know I produced good golf shots already this week and I’m capable of it. I just have to stick to that and believe in the process. Hopefully we can just put it together from hole 1 all the way through hole 18.”

Morikawa shrugged off that dodgy start with bogey-free play the rest of the day, carding four birdies for a 68.

At 11-under 199 in his Open debut, he’s just a shot back of Louis Oosthuizen entering the final round at Royal St. George's. When he won the PGA Championship last summer, Morikawa went 65-64 on the weekend. He trailed by two heading into the last day.

“The biggest thing I can draw from the PGA is just knowing I can get it done,” he said. “But the confidence comes from hitting good shots, quality shots, seeing putts go in. There is a lot to draw from, especially this week. I don’t have much experience on links golf, and pretty much all the highlights in my head are from this week. Thankfully there is quite a few.

“Hopefully we can just use that momentum from the first three days and bring it into the last 18. It’s going to be a grueling 18, but I look forward to it.”