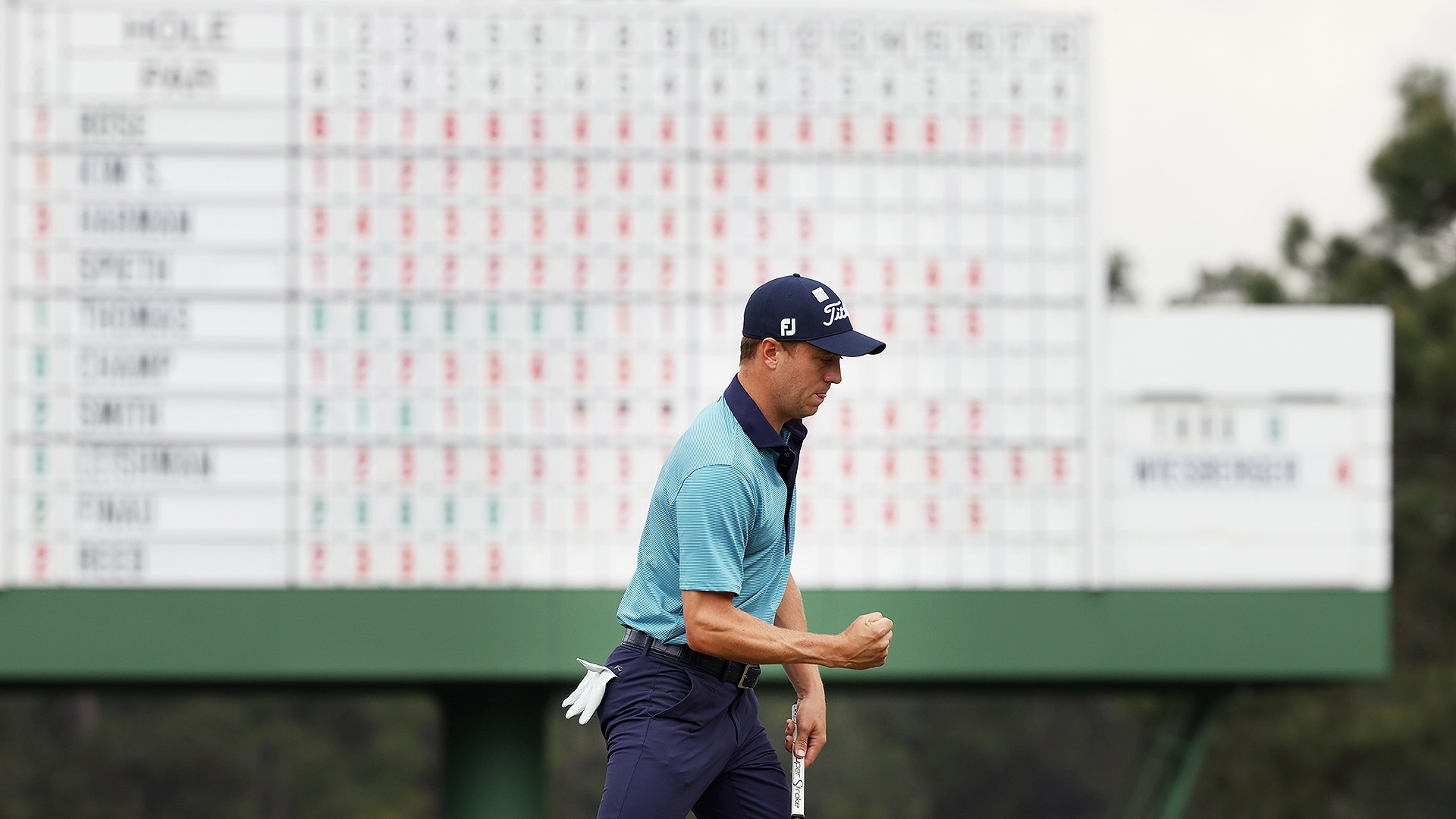 AUGUSTA, Ga. – Justin Thomas had just fired one of the best rounds of the day Friday at the Masters, a 5-under 67 that put him squarely in the mix, just three shots back heading into the weekend.

But Thomas wasn’t thinking about that as he walked off the 18th hole.

After three-putting from 26 feet on the final green (including a 4-foot miss for par), Thomas cursed himself all the way to the clubhouse and was still steaming by the time he met with reporters a few minutes later.

“Mad is an understatement to how I’m feeling now,” he said.

The dropped shot on the last was Thomas’ first and only blemish of the day, as he climbed into the top 10 through two rounds at Augusta National. He was at 4-under 140, three back of Justin Rose.

“I played great today,” he said afterward. “I definitely have left a lot of shots out there the last two days, but I’m in a great position. I need to get over that three-putt pretty quickly, because it’s over with. There’s nothing I can do about it.”

After fielding questions from reporters, Thomas bolted for the range to work on his game, even if there seemed to be little to tidy up. He hit 16 greens in the second round.

Thomas has improved his finishing position at the Masters in each of his five appearances, including a fourth-place showing at the November edition.

“For as tough as this place has been playing, I felt like it was as easy as it could have been,” he said.

Except for that one final miscue on the last green.