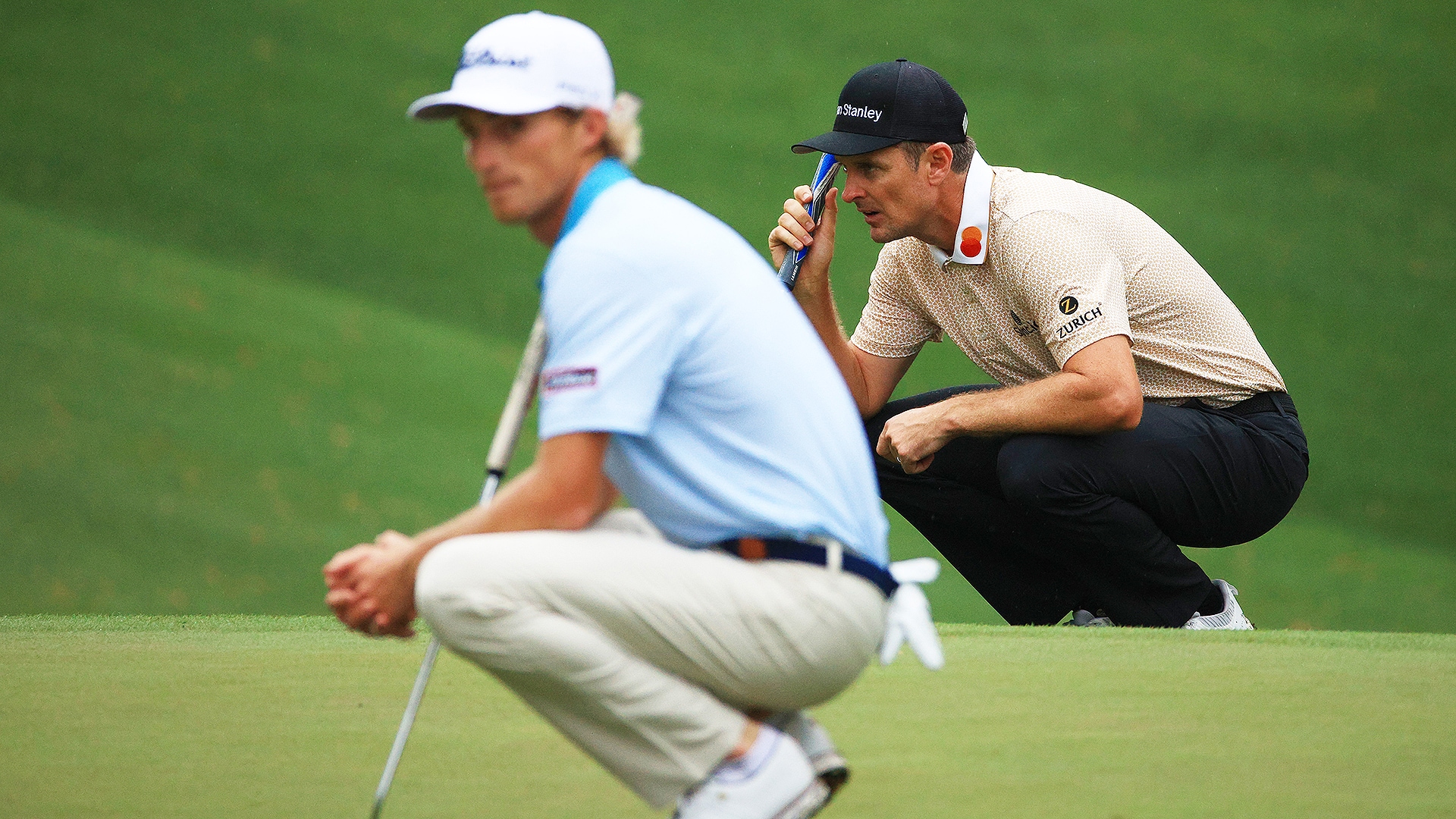 AUGUSTA, Ga. – This thing’s over, right?

You watched Hideki Matsuyama on Saturday. How he was 5 under par when the horn sounded to suspend play. And how when the sun set, he was in the house at 11 under, four shots clear, after a bogey-free 65 that matched the low round of the week.

This Masters changed faster than the time it takes Matsuyama to complete his backswing.

Of course, it’s not a guarantee that Matsuyama will go on to win Sunday at Augusta National and become the first Japanese winner. After all, those staked to at least a four-shot lead have gone on to win 11 times in 15 chances; the scoring average of those frontrunners: 72.6.

So, two things must happen Sunday: 1.) Matsuyama, who is winless since August 2017, must stumble in the final-round gauntlet, and 2.) One of his pursuers must get hot on a course that was softened by afternoon rain and will be made scoreable with the traditional Sunday pin positions.

Here are the five players, in order, who are most likely to make that happen:

Why he can do it: Schauffele got up and down from left of the 18th green, an 8-foot par save that secured his Saturday 68 and booked him into the final pairing with Matsuyama. That’s important – he’ll now be able to most directly impact the leader with his play, and it’ll be the second consecutive day that he’ll be paired with Matsuyama. Twenty-five of the last 30 Masters winners have come out of the final pairing.

Schauffele couldn’t get much going for much of the day and was in danger of falling even further behind Matsuyama when he slammed home a 50-footer for eagle on 15 (which was soon topped by Matsuyama’s own eagle-3).

Despite a relatively light resume for his lofty world ranking, Schauffele is still a feared pursuer. He boasts a complete game, ranking second on Tour in strokes gained: total. He is fourth in birdie average (4.68). And his final-round scores in his four PGA Tour victories, all while coming from behind: 67, 68, 68, 62. It’ll take another one of those Sunday at the Masters.

Why he can do it: Despite seeing all of these courses for the first time, he’s already established himself as one of the top iron players on the planet, and if there’s anyone who can knock down flags Sunday, it’s Zalatoris. He just needs to tighten up his wedge play.

Zalatoris has brought a fresh attitude to the biggest stages, and he admits that “everything has been so new and shiny.” He was surprised that he wasn’t more nervous on the first tee Saturday while playing in the final group; at 24, in his first Masters, he feels like he belongs, like he’s supposed to be there. It doesn’t hurt him, either, that there isn’t the usual crowd here.

When asked what experiences he’ll draw on most in the final round, he chuckled. Where to start? The key putts he’s made to get through Monday qualifiers. Or make the cut. Or crack the top-10 to play another week. Or get into a playoff and win tournaments.

“I’ve wanted to do this,” he said. “I’ve wanted to put on a green jacket my entire career, and I’ve got a good opportunity to do it. So let’s go do it.”

Why he can do it: Experience. He’s seen what it takes, whether it was riding shotgun with fellow countryman Adam Scott during his win in 2013, or playing alongside Patrick Reed during the third round of his eventual triumph in ’18. Leishman’s takeaway from those two experiences: “You don’t have to be perfect. You can make mistakes, but they just can’t be big mistakes.”

Leishman was solely focused on making more putts on Sunday – he mentioned it 12 times in his post-round presser.

That hasn’t been a strength over the past few years, but when he’s cooking, he can fill it up with the best of ’em. 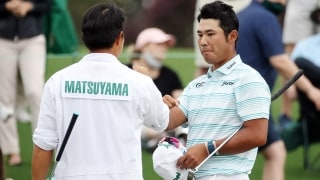 Matsuyama leads by four, but so much can change so suddenly

Hideki Matsuyama carries a four-shot lead into the final round of the Masters, but nothing is safe around Augusta National on Sunday.

Why he can do it: Because the magic is back. The chip-in for eagle on 15 in Round 1. The 30-footer for birdie on 17 in Round 2. The up-and-down from the woods on 8 and the chip-in for birdie on 10 in Round 3. No one on the board is more capable of firing a low number and sending a jolt through however many thousands of patrons are patrolling the grounds here at Augusta National, most of whom seem to be pulling for Spieth.

Spieth was so frustrated with his putting Saturday that he declined to speak to the media and headed straight to the practice putting green before darkness fell. The extra work was warranted: He lost 2.44 strokes to the field on the greens, his worst putting performance since the Masters began tracking those stats in 2015. It spoiled what has been yet another superb week with his irons, as he currently leads the field in greens in regulation. But what if he found a quick fix on the greens?

The Masters champion in 2015, Spieth bookended that title with a pair of runner-up finishes. He also finished third in 2018, when he closed with 64. Don’t bet against him doing it again.

Why he can do it: Well, for starters, no one has putted better this week than Rose: He leads the field in strokes gained: putting. Unfortunately, he’s been stuck in neutral since Thursday afternoon, when he opened with 65 in his first competitive round in five weeks and has failed to push deeper into red figures since then, with back-to-back rounds of 72. Rose drained a 25-footer on the final green to stay four back of Matsuyama, but he knows he’ll need to drive it better Sunday to give himself more scoring opportunities. He hit just eight fairways and nine greens in the third round.

Rose is the only player in the top 6 who has previously won a major, and he lost in a playoff here in 2017.

That’s why we’ll give him the final word.

“All the guys chasing are capable of that little run that Hideki has had,” Rose said, “so it’s all up for grabs tomorrow.”