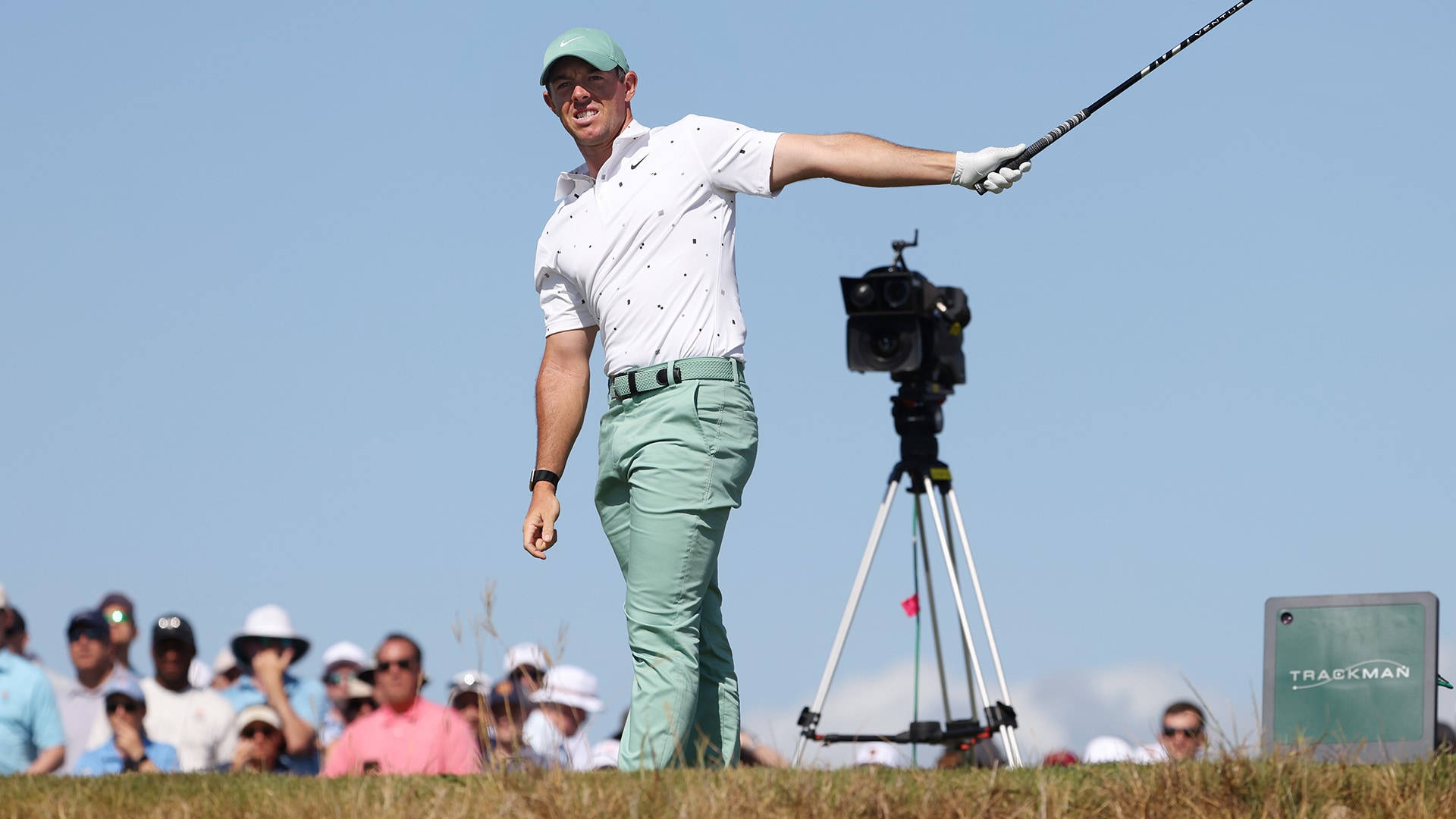 Too often a slow starter during a major-less drought that is now at seven years, McIlroy butchered the par 5s and signed for a 3-over 75 at Kiawah Island. He didn’t speak to reporters after the round.

Since his last major victory at the 2014 Open, McIlroy is a combined 35 over par in the opening round. In the other three rounds, he’s 62 under. When he missed the cut at the Masters in April, he started 76-74.

Despite a water ball on his opening tee shot Thursday, McIlroy still went out in even par, which included a bogey on the par-5 16th after his ball nearly embedded in a dune. He struggled mightily coming home, dropping shots on three of the first five holes (including the par-5 second) before another sandy bogey on the par-5 seventh. It’s the first time in his career that he bogeyed three par 5s in a single round at a major.

McIlroy hit just half of the fairways (seven) and greens (nine) while taking 30 putts.

Coming off a victory in his most recent start at the Wells Fargo Championship, he was the oddsmakers’ favorite heading into the week. He’ll begin the second round eight shots off the lead. He tees off at 1:58 p.m. ET Friday, when the wind is expected to be at its strongest.

McIlroy also carded a 75 in the 2012 PGA at Kiawah, which featured hellacious winds in the second round. He followed it up with scores of 67-66 to win by eight.