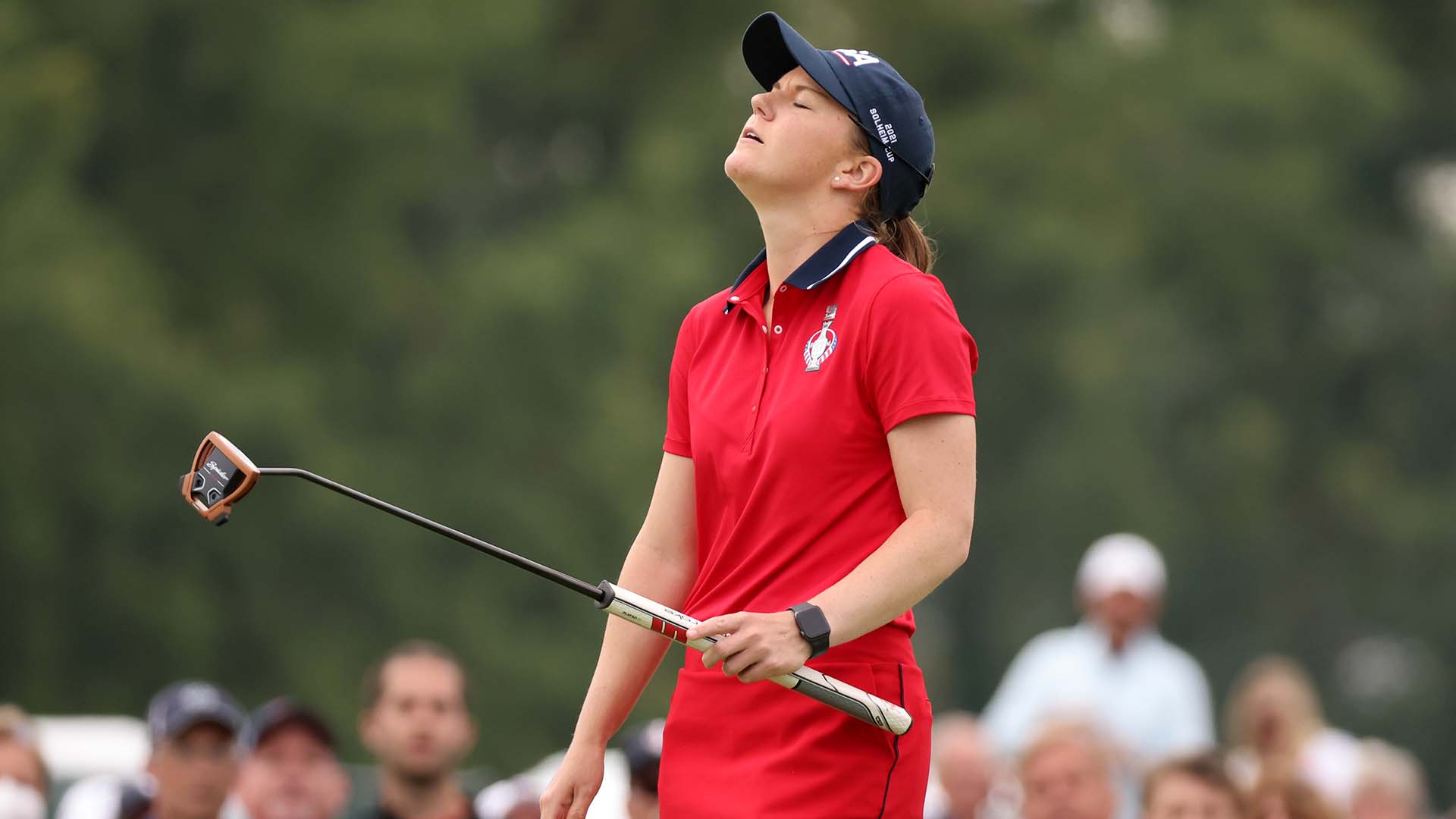 Four nail-biting foursome matches turned into a near shutout for the European team, which led 3 ½ - ½ early on at the Solheim Cup. Every match came down to the 18th hole, but critical shots and putts did not swing in Team USA's favor.

"I'm really proud of Mathilda to go out as a rookie and be fearless," said Nordqvist after their victory. "Couldn't have asked for a better partner."

Castren left a shaky 3-footer for Nordqvist on No. 18, but the veteran tapped it in with authority to win the match. Danielle Kang and Austin Ernst battled back from 2 down to take it to the 18th hole, but they were unable to claim any points for Team USA.

Ally Ewing and Megan Khang were up in their match for 17 holes until a brutal 4-foot miss by Ewing on the par-4 18th.

Georgia Hall made birded No. 17 to extend their match to the 18th hole. Khang missed her tee shot into the right bunker, forcing Ewing to pitch out into the fairway.

No nervous jitters from Khang, who stuck her wedge shot to 4 feet, leaving Team USA a par putt to win the match. With Boutier and Hall in for par, Ewing had an opportunity to earn the first point for the USA team. But like many players putting above the 18th hole, she missed her putt left, lost the hole and tied the match.

Although the only points earned for Team USA, the half-point felt like a loss after dominating the entire match.

Unusual play for sisters Nelly and Jessica Korda who obliterated their opponents in last year's foursomes with 6-and-4 and 6-and-5 victories. In this year's cup, Team European's Mel Reid and Leona Maguire remained in the driver's seat, and the Korda sisters didn't win their first hole until the par-5 13th.

J. Korda's birdie putt sniffed the cup on the 18th which would've tied the match. With only 3 feet left for Maguire, she made her putt to earn the second full point for the European team.

Emily Pedersen drained two bombs, on Nos. 16 and 17, to evaporate Lexi Thompson and Brittany Altomare's 2-up lead and extend the match to the 18th hole.

Altomare then leaked her tee shot into the right bunker, forcing Thompson to pitch out and Team USA to scramble for par. Charley Hull, meanwhile, stuck her iron shot to 5 feet.

Despite Thompson making her 8-footer for par, it wasn't enough to shake Pedersen, who made her birdie putt to win her first point in a Solheim Cup and the third full point for the European team.