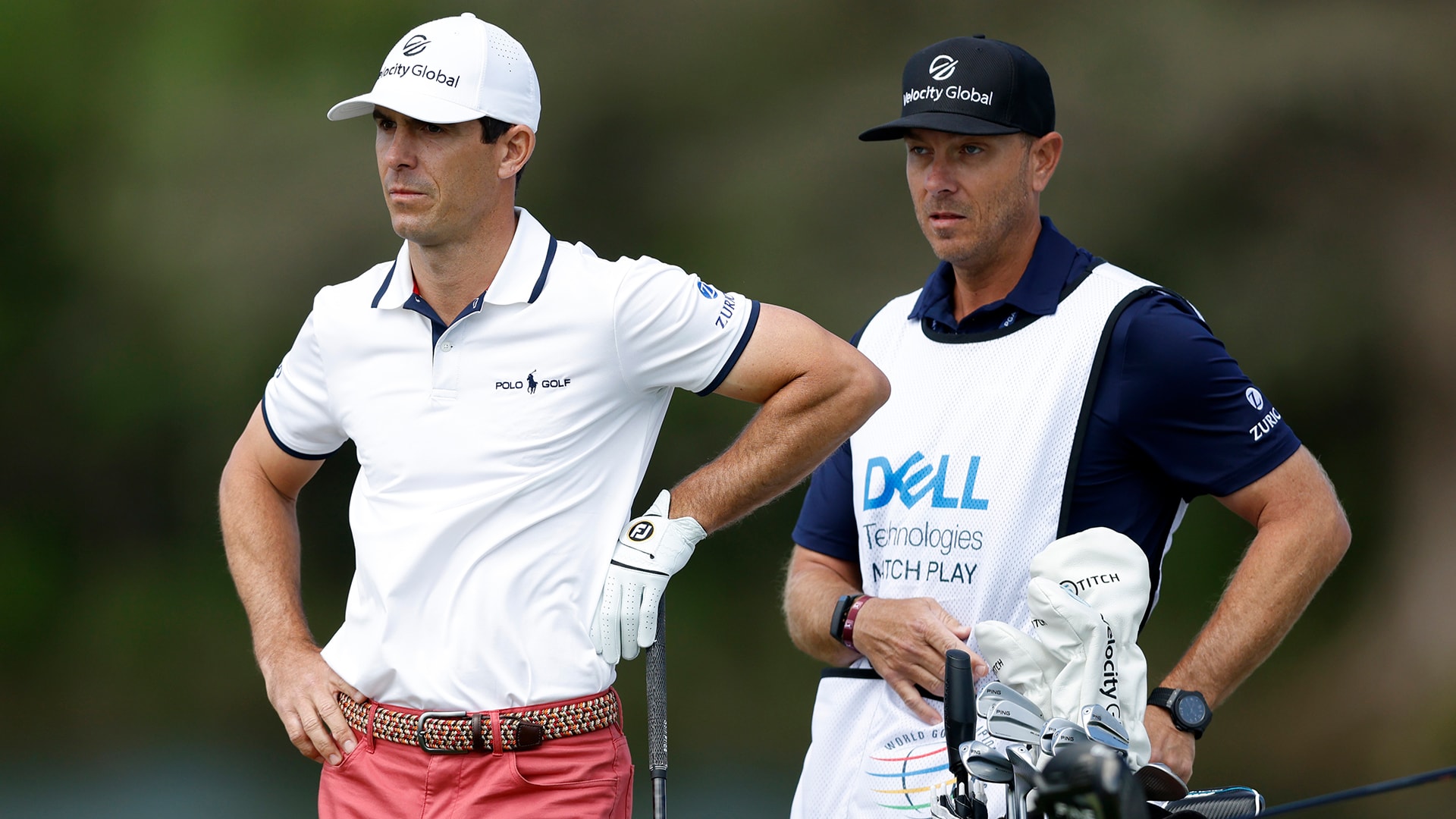 The Final Four gave way to the final two at Austin Country Club on Sunday morning. Here's how the semifinals played out at the WGC-Dell Technologies Match Play.

There were only four birdies made in this match but much of that had to do with the weather conditions, with temperatures in the 60s and winds gusting over 30 mph.

Perez grabbed a 1-up lead when Horschel conceded the sixth hole after finding trouble, as evidenced below:

Horschel then parred Nos. 7-11 but still managed to pick up three holes as Perez made three bogeys in that stretch. The Frenchman dropped another shot at the 14th to give Horschel a 3-up lead with four to play.

Perez finally made his first birdie since the fourth hole when he hit his approach shot inside a foot at the par-4 15th. That closed the gap to 2 down, but Horschel responded with a birdie of his own at the par-5 16th to close out the match.

This match saw even fewer birdies, with three – all by Scheffler. The first circle wasn't carded until the ninth hole, when Scheffler rolled in a 10-footer to take a 1-up lead. The former Texas Longhorn then made an 18-foot birdie putt at the par-3 11th to go 2 up on the 2013 champion. Seemingly in control and with Kuchar still birdie-free, Scheffler hit his approach shot into the water on No. 12 and eventually conceded the hole. He also hit his tee shot into the water hazard on No. 13 to level the match.

They remained tied until the par-3 17th. Kuchar hit his tee shot to 15 feet but couldn't convert the putt. Scheffler hit his to 10 feet and could.

Kuchar had one final chance to stay alive at the 18th, with 8 feet for birdie, but, again, missed. He finished with 17 pars, one bogey and a spot against Perez in the consolation match.