Pressed more on LIV, Phil Mickelson snaps back: 'Let it go, dude ... I couldn’t be happier' 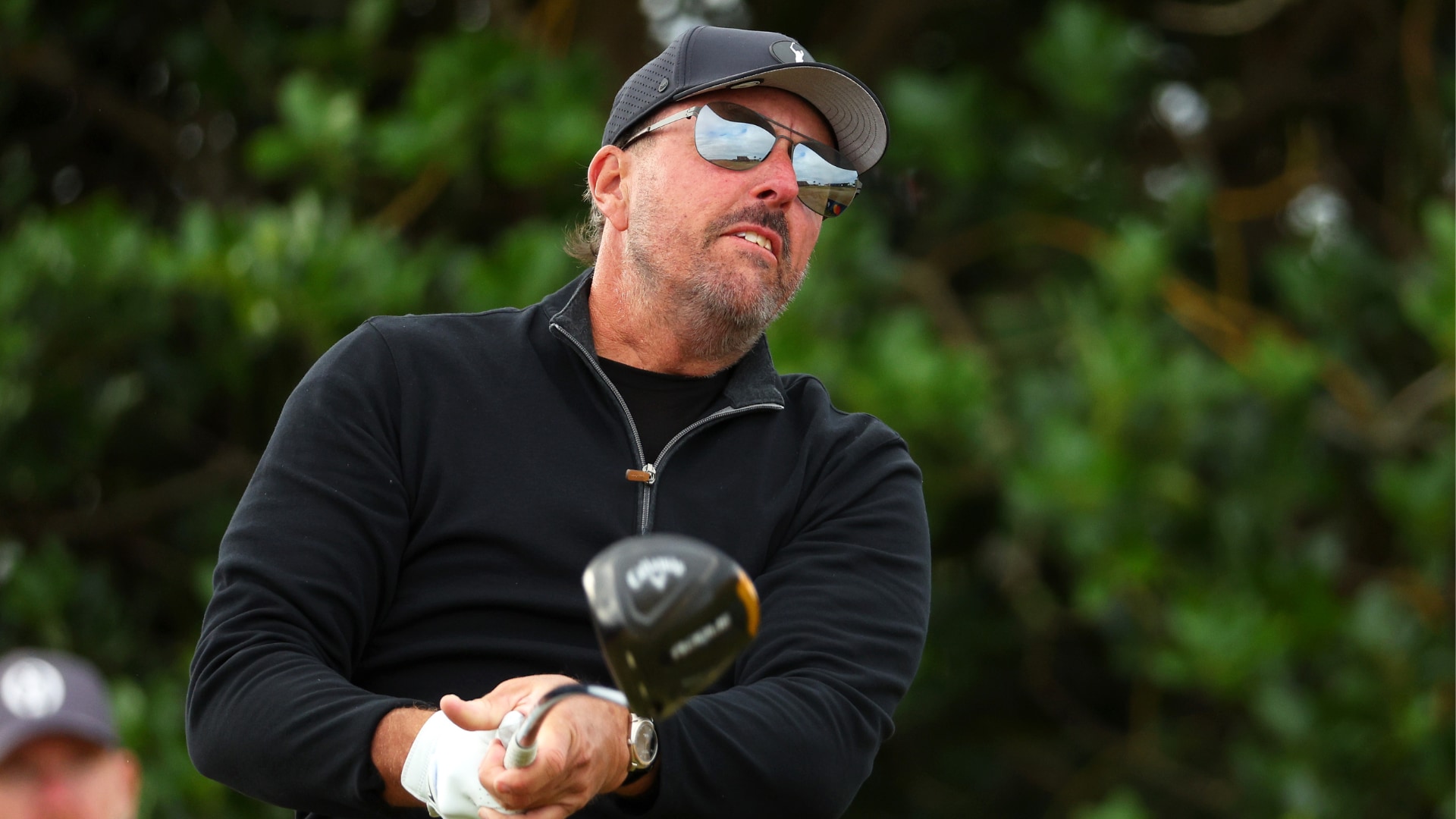 ST. ANDREWS, Scotland – Phil Mickelson decided not to attend Tuesday’s Champions’ Dinner at the 150th Open after being contacted a few weeks ago by R&A officials who told him it wouldn’t be a “great idea” for him to join the former winners.

“I just didn’t want to make a big deal about it, so I said fine,” Mickelson said Thursday following an even-par 72 in the opening round at St. Andrews. “We both kind of agreed that it would be best if I didn’t.”

The Champions’ Dinner is held only at St. Andrews, and Mickelson, the 2013 Open winner, was conspicuously absent from a group that included Tiger Woods, Rory McIlroy and Jordan Spieth, among others.

Mickelson’s no-show wasn’t entirely unexpected after he was part of the growing group that has left the PGA Tour to join LIV Golf, a controversial move that has fractured the top level of the sport. That defection has drawn the ire of some of the game’s biggest names, none larger than Woods, who said this week that he didn’t “understand” the upstart league’s appeal and believed that those players had “turned their back” on the tour that has made them famous.

Also voicing a strong opinion this week was R&A chief executive Martin Slumbers, who said that, though he won’t ban LIV players in the future, he could foresee a scenario in which the organization alters its qualifying criteria that could complicate the path to The Open. As a past champion, Mickelson, 51, is currently eligible to play The Open until he’s 60.

On Thursday, Mickelson grew irritated with a reporter who asked whether he found it “very sad” that he was now in this position at the historic major – encouraged to skip a dinner he’d earned the right to attend and alienated from some of his peers.

“No, not at all,” Mickelson said. “I couldn’t be more excited and ecstatic with where I’m at. I love the [LIV] events. I get to have competitive golf in my life on a scale that is fun, exciting, different, and lets me play and compete but still do the things outside that I want to do. So, no, I couldn’t be happier.”

When the same reporter followed up about missing the dinner, Mickelson snapped back: “Let it go, dude. Let it go. That’s three times you’ve asked the same question. I don’t know what to tell you. I couldn’t be happier.”

Since making the jump to LIV in early June following a self-imposed exile, Mickelson has struggled mightily to find his game. He missed the cut at the U.S. Open and hasn’t finished in the top 25 in either of the first two LIV events, which feature just 48-man fields and 54 holes.

Having signed a multi-year deal with the Saudi-backed rival tour for a reported nine-figure sum, Mickelson insisted that he “made the right decision for me” and was bullish about the future.

“I couldn’t be happier,” he said. “I think it’s been really good. I can’t wait to get to New Jersey [in two weeks] and play another event there. The experience of those events from a player standpoint is a 10. You can’t get it any better.

“Look, it’s not my job to explain or help you understand or whatever. I couldn’t be happier.”

As one of the marquee names to join LIV, along with Dustin Johnson, Bryson DeChambeau and Brooks Koepka, Mickelson is set to play the remaining six events of the LIV schedule this year, before it transitions to the full league format in 2023.