Bryson DeChambeau's wild finish: a 4-putt, two drops and one off the road 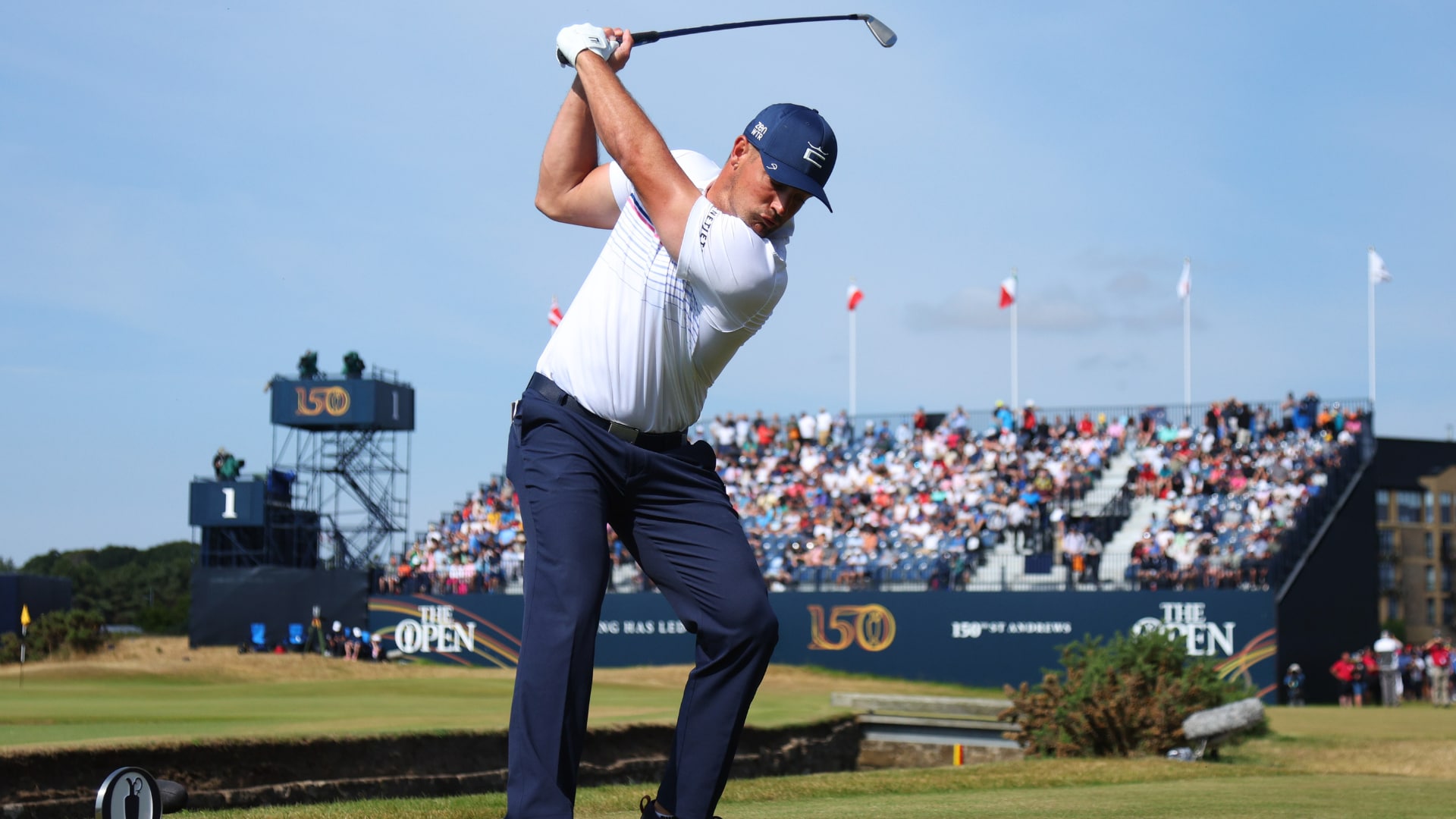 ST. ANDREWS, Scotland – On a sunny, benign Saturday on the Old Course, Bryson DeChambeau was 6 under par through 13 holes of his third round.

He had made four birdies and rolled in a 32-foot eagle putt after driving the par-4 ninth hole. Setting the Moving Day mark, after Kevin Kisner had earlier posted 65, appeared likely.

A couple of pars stalled his momentum and then a wild final three-hole stretch left him signing for a 5-under 67.

Next up, the devilish par-4 17th, of which Kisner said after his third round, “Seventeen’s a par 5. So, good luck there.”

DeChambeau ballooned his tee shot wide left, into the fescue, but was able to get relief from the grandstands. His second shot then bounded over the green and onto the hole’s eponymous road.

His next shot would take a little luck and incredible skill, but he did have some experience playing off the gravel, having practiced it as a kid on his home course at Belmont Country Club in Fresno, California.

“Pitching wedge. Like off the toe. I was trying to have some loft, but still bounce it into the bank and hopefully hit it in a good spot where it doesn't hit dead and doesn't hit a hot spot either. Hit perfectly. Bounced up and rolled over beautifully. I was very lucky,” he said.

DeChambeau knocked in the subsequent 4-footer and moved to the finishing hole, where he needed every bit of the 129-yard fairway, which expands along the adjacent first and 18th holes.

Aiming left – the safest play – he laced a 4-iron and, as he had done the hole before, hooked it. The low-runner was headed for the opening-hole grandstands before clanging off a fence railing. He got free relief in the drop zone and pitched from 71 yards to 4 feet, for a closing birdie.

Following his round, which placed him at 6 under and well back of the leaders, DeChambeau said of his health, “I'm probably 97 to 98 percent now.”

He’s three months removed from hand surgery and in that time has joined the LIV Golf series and been suspended by the PGA Tour. He said he has heard some boos on the course this week, but only when he doesn’t hit driver off the tee.

“I think over the course of time it will all work itself out,” he said. “I think in some capacity we'll find a way to coexist and work together through this to make the best entertainment we possibly can for the world.”

But for now, there were more pressing matters – figuring out how to correct that hook.

“I'm going to go out there and work on that on the range and hopefully tidy it up,” he said, “because the first few holes were awesome out here today.”