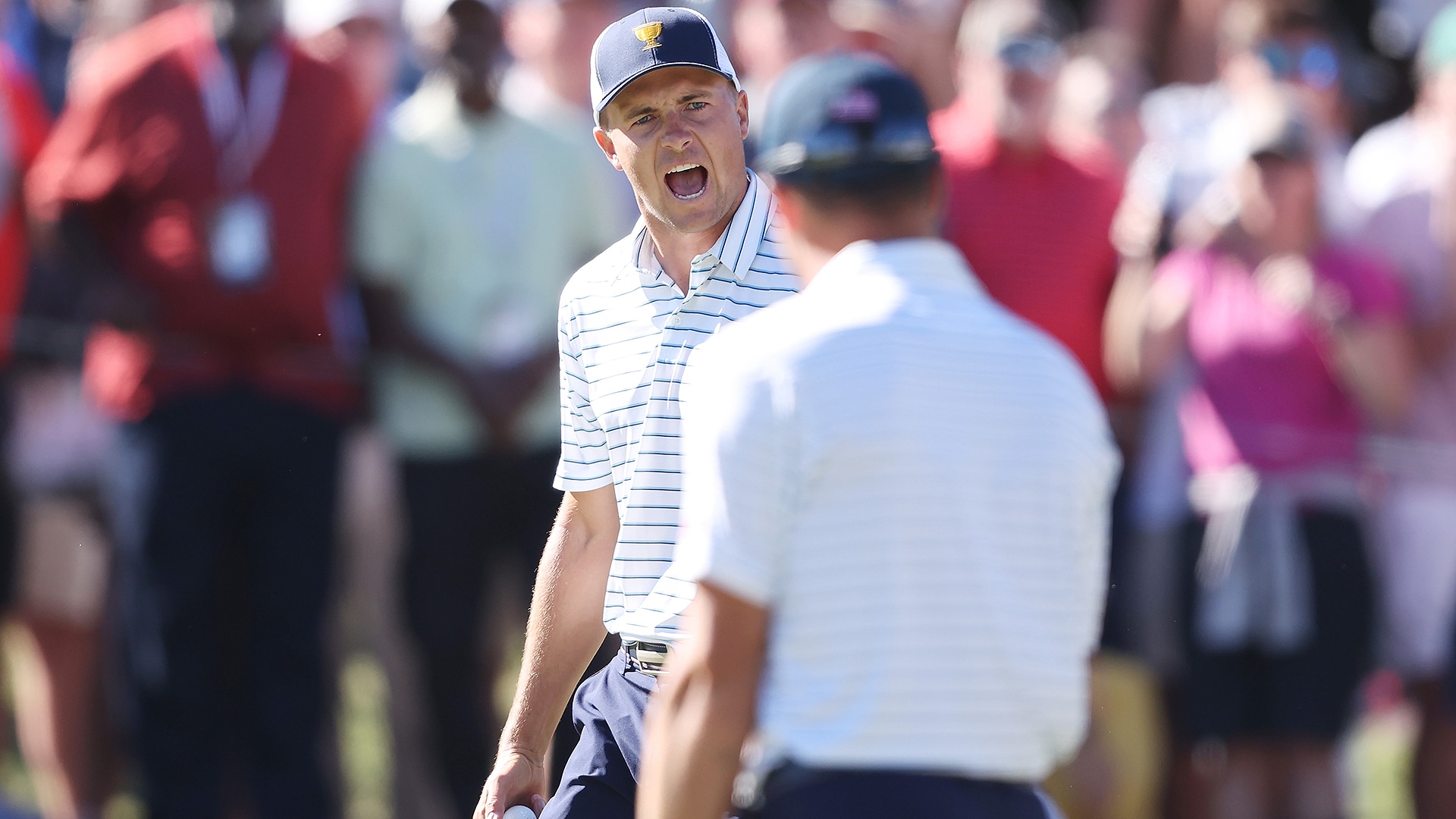 The U.S. won the session, 4-1, but it could have gone either way as three matches were tied late on Friday afternoon. The U.S. will carry an 8-2 advantage into Saturday's double session, which will feature four foursomes (alternate shot) in the morning and four fourballs in the afternoon.

Here's how the Friday action played out in Charlotte, North Carolina:

The Aussie duo combined for one birdie over the first eight holes and fell 3 down. They finally started dropping putts around the turn, making four in a row from Nos. 9-12, but only picked up one hole.

The resultant birdie gave the U.S. a 3-up lead with four to play, and they went dormie after a wild Spieth par at the 15th. With Thomas in the water on the par 4, Spieth's second shot hit the creek rocks left of the green and caromed over the putting surface. He chipped to 12 feet and made the par putt to tie the hole. After losing the 16th hole, Spieth clinched the match with a 20-foot birdie at the par-4 17th.

Scheffler and Burns were the only U.S. pair to fall on Day 1, losing the final four holes of their foursomes. They again lost a lead on the back nine Friday, but not the match.

Trailing 2 down, the Internationals won the 13th hole to cut their deficit in half. Im then chipped in on the par-3 14th, forcing Scheffler to make a 10-foot sidewinder to tie the hole. The Masters champ did just that. On the next hole, Im holed a 33-footer for birdie and Burns followed with a 22-footer to match. On the par-5 16th, it was Scheffler who first made a 9-footer for birdie and Im who responded with a 5-footer to tie.

After halving the 17th hole, Scheffler had a 9-footer to win the match. It died on the lip and the two sides earned an appropriate draw.

This was the only match of the day in which an International team led at any point. The separation was never more than a one-hole difference and was tied after Young won the 14th hole with a par.

Deadlocked over the next three holes, both Young and Kisner had birdie putts to win the match. Kisner left his 30-footer 5 feet short, while Young's 26-footer slid by harmlessly.

Poor Hideki. He drew the Cantlay/Schauffele team in Day 1 foursomes and lost with Adam Scott, 6 and 5. A new partner and a new format didn’t have much of an effect on the end result.

The American tandem combined for four birdies and an eagle over the first eight holes to build a 5-up advantage. Kim went on a late birdie run to keep the match from being a blowout, but the outcome was never in doubt. Schauffele ended things with a birdie at the 16th.

Making his long-awaited cup debut, Horschel teamed with fellow rookie Homa to grab a 2-up lead through 10 holes. The Canadians, however, won the 11th and 13th holes to draw even.

It remained that way until Homa drilled a 13-footer for birdie to win the 17th.

Homa then stuck his approach shot to 11 feet at the par-4 18th, but Pendrith dropped in a 14-footer for birdie ahead of him. In clutch fashion, Homa made his putt as well to win the match. 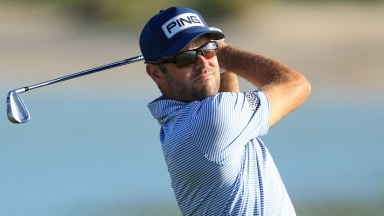