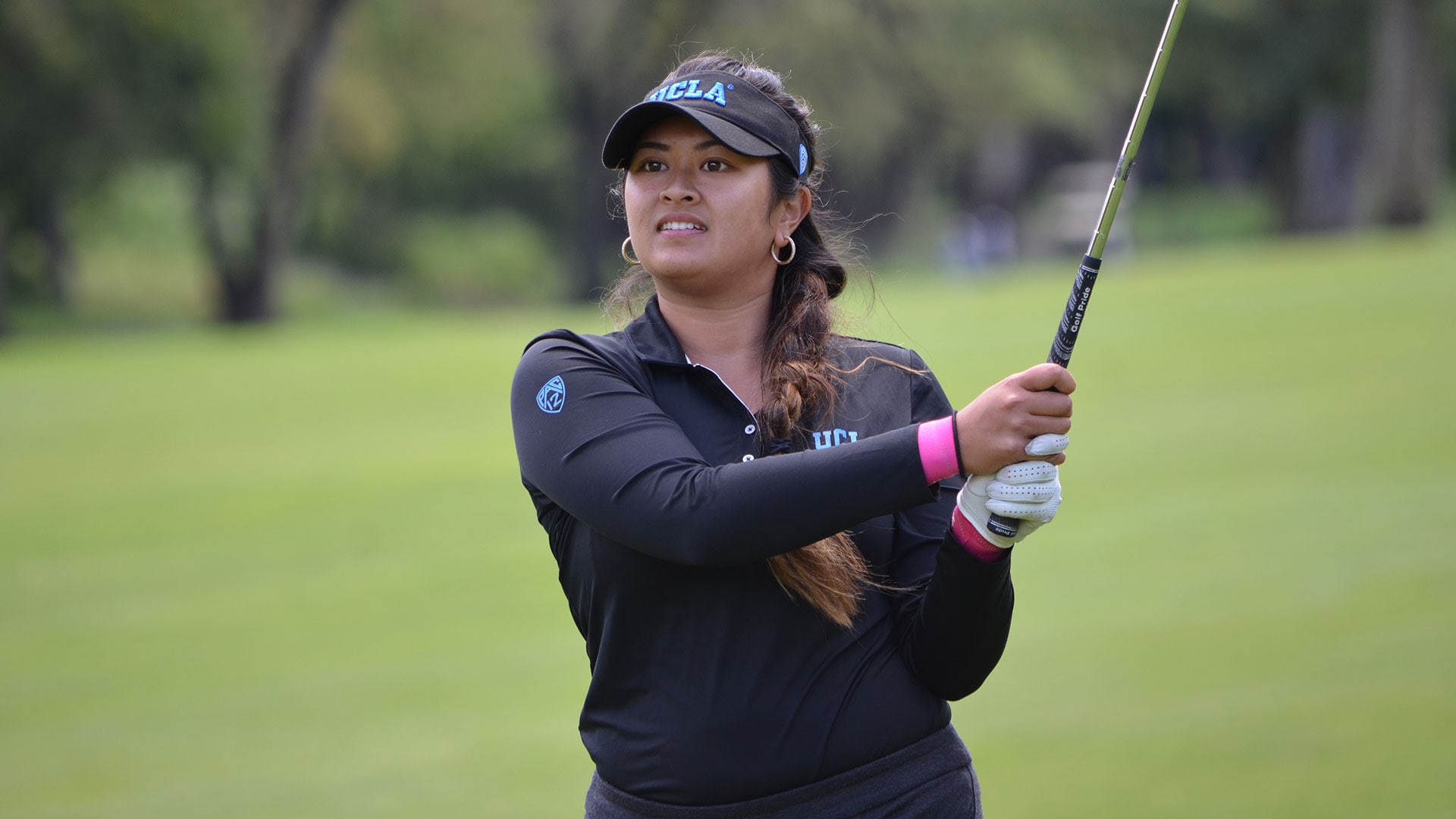 The field is almost halfway through stroke-play qualifying at the NCAA Women’s Championship. Here are some thoughts on the first two days at Karsten Creek:

1. UCLA is on a mission. Just a year ago, the Bruins were headed home from regionals after becoming the first No. 1 seed that failed to advance out of the qualifying tournament. This year, with the core of the team still mostly intact, the Bruins have opened up a five-shot lead on top-ranked Alabama and a comfortable 16-shot cushion over Southern Cal in third place. On one of the most difficult college courses in the country, UCLA has received contributions from all four of its usual counters – standout Lilia Vu shot 68 on Saturday, while Mariel Galdiano posted a 69. Freshman Patty Tavatanakit and junior Bethany Wu also broke par. This is a strong, deep lineup that will pose issues for teams not just in stroke-play qualifying, but also the head-to-head, match-play bracket.

2. What happened to Arkansas? Riding high off their first SEC Championship and a dominant regional performance, the Razorbacks were considered one of the top threats to win the national title. But entering Sunday’s third round of stroke play, they need to hold it together just to ensure they make the top-15 cut. Arkansas is 32 over par through two rounds. The Razorbacks had shot in the 300s just once this season in the play-five, count-four format. Here at Karsten Creek, they’ve now done so in consecutive rounds.

3. The Player of the Year race is heating up. With a decent showing at nationals, Arkansas’ Maria Fassi should have been able to wrap up the Annika Award, given annually to the top player in the country. She has six individual titles, plays a difficult schedule and is well-liked among her peers. But through two rounds she’s a whopping 15 over par while spraying it all over the map. If the Razorbacks don’t survive the 54-hole cut, neither will Fassi. That’d open the door for another player to steal the votes, whether it’s UCLA’s Vu or Wake Forest’s Jennifer Kupcho. There’s a lot still to be decided.

4. Stanford has steadied itself. One of the biggest surprises on Day 1 was the horrendous start by the Cardinal, one of just two teams to advance to match play each of the three years it’s been used to determine a national champion. They were 19 over for their first nine holes Friday, but instead of a blowup round that cost them a shot at the title, they’ve found a way to hang tough. Stanford has been just 4 over par over its last 27 holes. Andrea Lee made only one bogey during her second-round 69, Albane Valenzuela eagled the 18th hole for a 73 and senior leader Shannon Aubert – who has been a part of each postseason push – carded a 74. And so, even with its early struggles, coach Anne Walker once again has Stanford in position to reach match play.

5. Karsten Creek is identifying the best teams. The top teams in the country want a difficult host venue for NCAAs – it helps separate the field and draws an unmistakable line between the contenders and pretenders. Only one team (UCLA) is under par after 36 holes. Fewer than a dozen players are under par individually. The dearth of low scores might not be the greatest advertisement for how talented these players are, but the cream has still risen to the top so far: Five top-10 teams currently sit inside the top 7 on the leaderboard (and that doesn’t even include last year’s NCAA runner-up Northwestern). This is all any coach wants, even if the scores aren’t pretty.

Quick hits: Cheyenne Knight, part of Alabama’s vaunted 1-2-3 punch along with Lauren Stephenson and Kristen Gillman, shot rounds of 70-69 to figure in the mix for individual honors. The junior will turn pro after nationals. …  Arizona’s Bianca Pagdanganan made a hole-in-one on the 11th hole Saturday en route to a 68 that tied the low round of the day. She’s at 5-under 139, same as Knight. ... Defending champion Arizona State, which lost star Linnea Strom to the pro ranks at the halfway point of the season, is 35 over par after two rounds. … Play was delayed for nearly an hour and a half Saturday because of inclement weather.