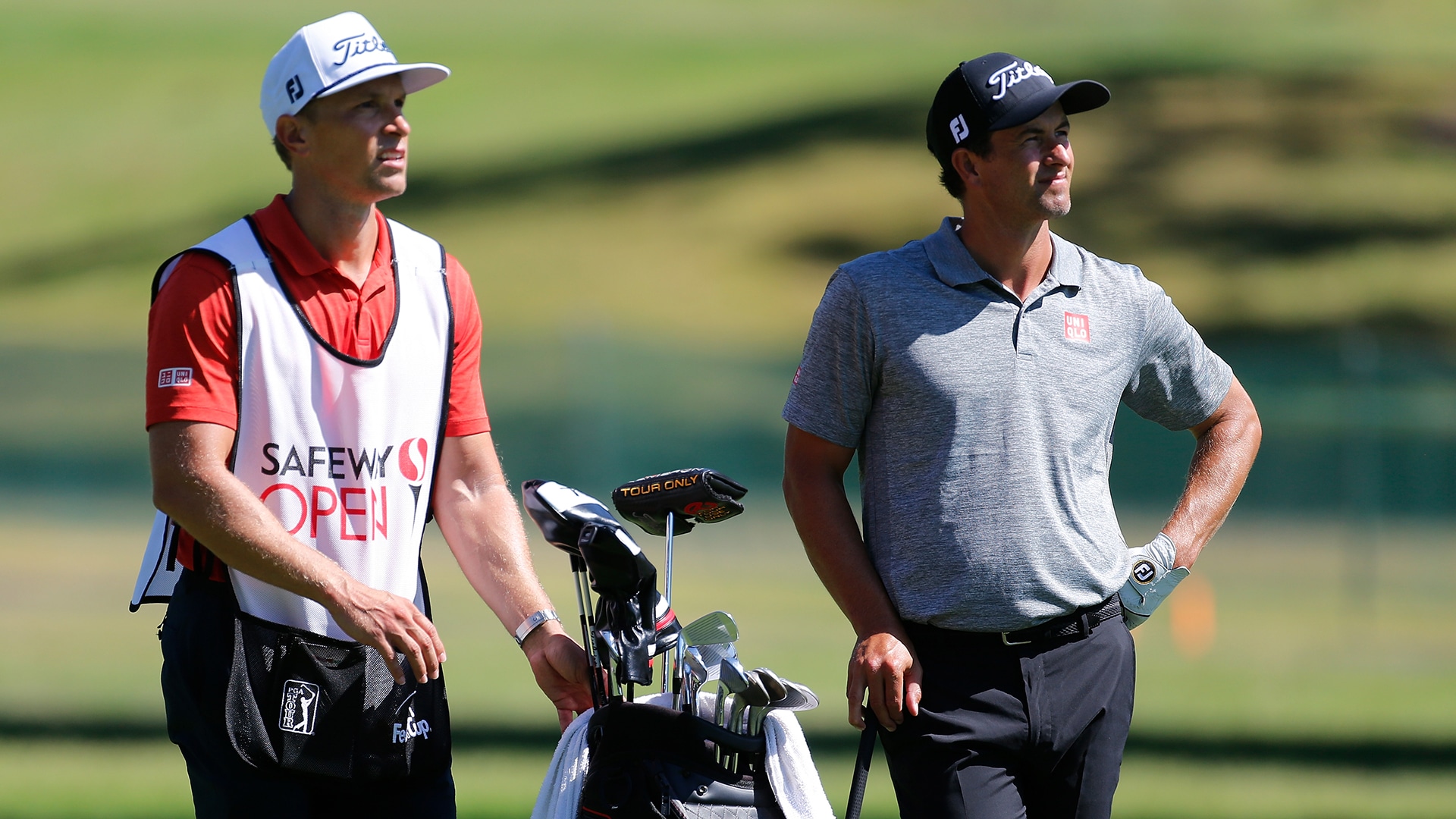 NAPA, Calif. – Perhaps no player on the PGA Tour better embodies the esoteric vibe of Napa more than Adam Scott.

You can almost picture it: Scott sitting alongside a row of vineyards, wearing a light layer while swilling a nice pinot and steering an erudite discussion on the topics of the day. With the bustle of Silicon Valley just a short drive away, the entire wine enterprise around these parts is built on the premise that nothing good should ever be rushed.

So in saunters the affable Aussie, thoughtful and contemplative as ever, to what seems like an ideal setup.

“I get the feeling that it’s fairly mellow,” Scott said. “I probably should stick around for a bit longer to be able to enjoy all it has to offer.”

The mere fact that this is Scott’s first Safeway Open appearance may on the surface seem strange given the symmetry between player and surroundings. But in years past this event kicked off the new wraparound season, two years ago following directly behind the Presidents Cup, so it was never on the radar for a player who is not shy about taking breaks when needed.

But with a beefed-up fall leading into a pivotal Presidents Cup at Royal Melbourne, Scott shifted some pieces around and added Napa to his schedule. That decision has worked out so far, with the Aussie out to an early lead after firing a 7-under 65. A typical weakness became a strength Thursday for Scott, who made a 53-foot bomb for eagle on No. 5 and added three other makes from outside 8 feet.

True to form, Scott took a healthy sabbatical after a T-5 finish last month at East Lake. He spent time with his wife and two kids, scrambled to get out of the Bahamas ahead of Hurricane Dorian, and generally spent little time pondering fairways and greens.

“I think it’s easy to walk away from hitting balls for a couple weeks, but it’s not easy to switch your mind out of thinking about your swing or thinking about your chipping or your putter or what driver setting you want this year,” Scott said. “But I did. I kind of had it all lined up to where I could walk away and walk back into it last week and feel at least confident enough that I’m not going to be horrible when I tee off today.”

At age 39, Scott is at something of a crossroads as he embarks on a new season. He remembers all too well what it was like to spend his prime toiling in the shadow of Tiger Woods, and he’s now an elder statesman compared to some of the Tour’s new wave of stars.

But he quietly cobbled together a strong season last year, closing with top-10 finishes in all three playoff events. After starting the year ranked 41st in the world, Scott is now up to 15th and within reach of his first top-10 spot since May 2017.

What he hasn’t gotten amid that ascent, though, is a win. Scott’s last worldwide victory remains the 2016 WGC-Mexico Championship, the last year it was played at Doral and one week after he won the Honda Classic. Since then, there have been a number of near-misses, including runner-up results this year at Torrey Pines and Muirfield Village.

“It’s not like I’ve been leading by six every week and losing. It’s hard to give yourself chances out here,” Scott said. “I would like to have a lead going into Sunday and see what I can produce, to be honest, because I’ve been four and five (shots) back and I have a good front nine and then you’re in the mix. It’s a lot to ask all the time when you’re as far behind as I kind of was.”

There’s still plenty of time before that scenario might come to fruition, as Scott knows more than most that one round a week does not make. But it’s a strong start for one of the game’s most laid-back stars, who just might be spending a little more time in wine country if he keeps up this pace.