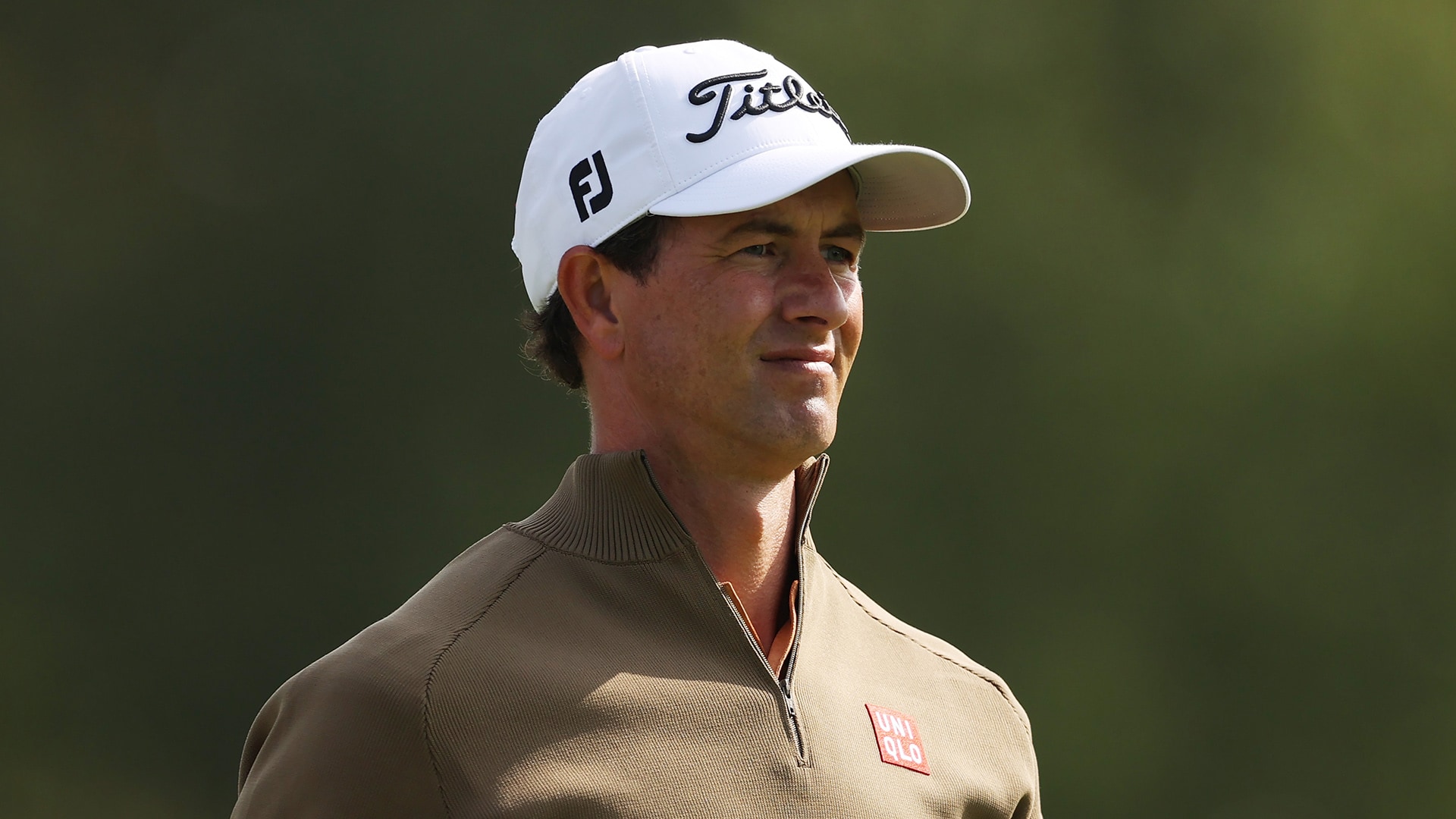 That all changed when he tested positive for COVID-19 ahead of the Zozo Championship.

Scott said he had a mild fever for 24 hours and a headache but soon recovered. Per the Tour protocols, however, he still was subject to 10 days of self-isolation. Scott bought a putting mat for his hotel room before relocating to a house in Los Angeles, where he could spend more time outdoors.

“Obviously my golf preparations have taken a bit of a setback the last few weeks,” said Scott, who, like Dustin Johnson, will be playing for the first time since the U.S. Open. “Not getting any practice in for those 10 days either is a little setback, but I’ve actually come out swinging good this week and at least feel fresh.”

Scott was already planning to play this week’s Vivint Houston Open with the hopes of peaking for the Masters, which he won in 2013. He has put a new ball and driver in the bag this week as he looks to add a little more distance, a boost that should help him not only at beefy Memorial Park but also Augusta National, which likely will play even softer and longer than usual in the fall.

“This is an important week for me,” Scott said. “There’s a lot to take out of it.”

Scott was looking forward to a quick visit to Augusta National after the Zozo but had to scrap those plans following his positive test result. Instead, he’ll fly in Sunday night, after the Houston Open, and then begin his preparations the week of the tournament. Without patrons on-site this year, he said he should have little trouble getting in his work.

“I’m in for a surprise next week when I get there,” Scott said, “but I have no doubt that it will present incredibly well, as they always do at Augusta National. It’s going to be a great event.”