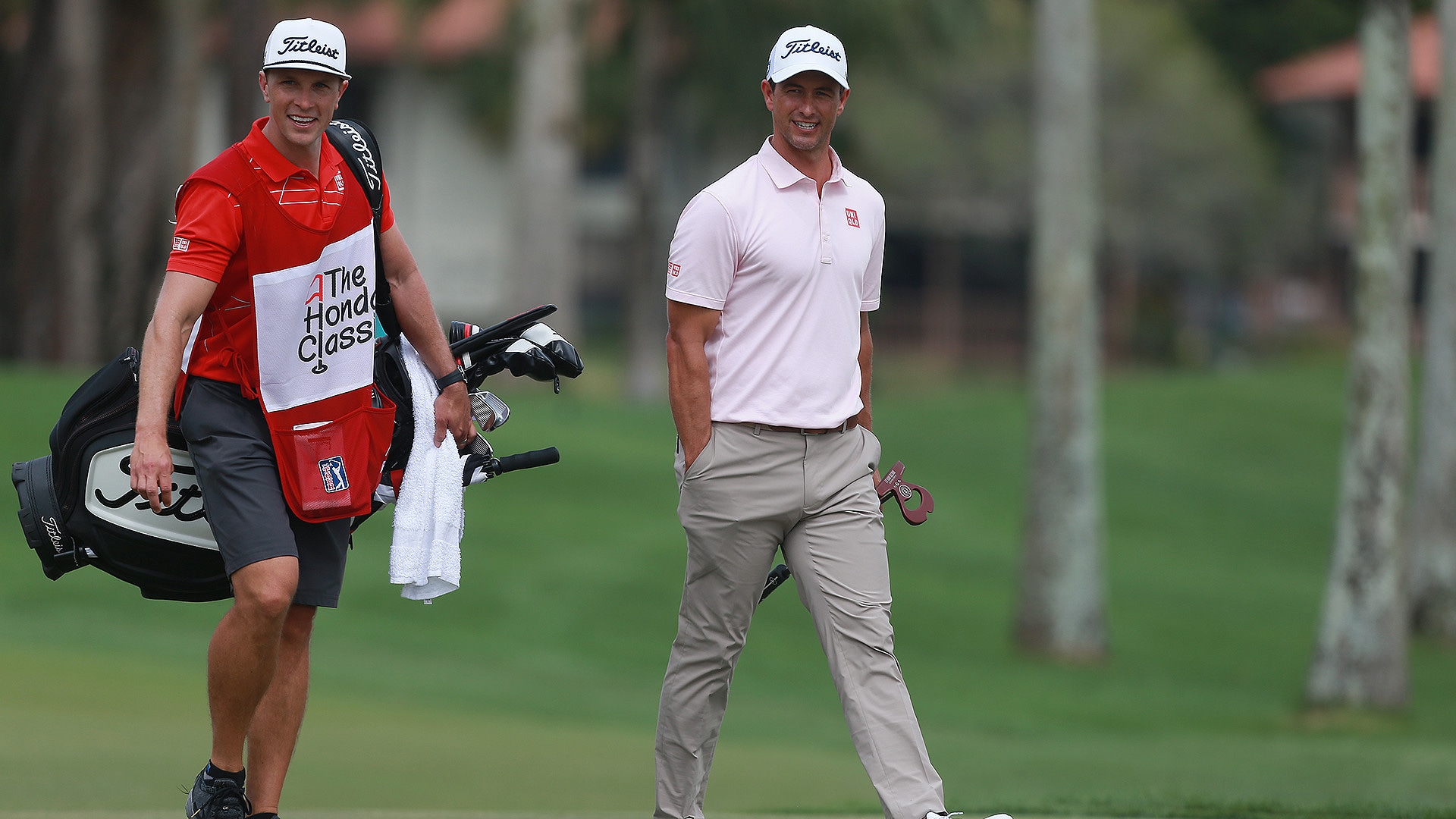 PALM BEACH GARDENS, Fla. – It's been said many times before. Adam Scott is no stranger to change, and his short game is seeing another revamp this week at the Honda Classic.

Scott used a different putter and grip than he has in the past, during Round 1 at PGA National, even though he’s having one of his best year’s putting. Scott ranks 18th on Tour in strokes gained: putting, but he believes he can improve.

“I experimented with [my putting] the last couple of weeks and it was going well,” Scott said. “It’s one thing hitting putts at home, but it’s another thing to put it to the test on the golf course.”

Scott has tried a traditional grip, armbar setup and various length and model putters this season. On Thursday, he used a Directed Force putter with a claw grip and needed 28 putts en route to a 2-over-par 72.

The Directed Force putter is a mallet-style putter with an elongated back-end. According to the company’s website, it has is “lie-angle balanced” in an effort to keep the putter face straight to the putter path through the stroke.

It certainly didn’t look conventional, but that’s nothing new for the ever-tinkering Scott.

“I’ve putted with many putters that you might call non-traditional,” Scott said, “so the looks of the putter doesn’t bother me at all.”