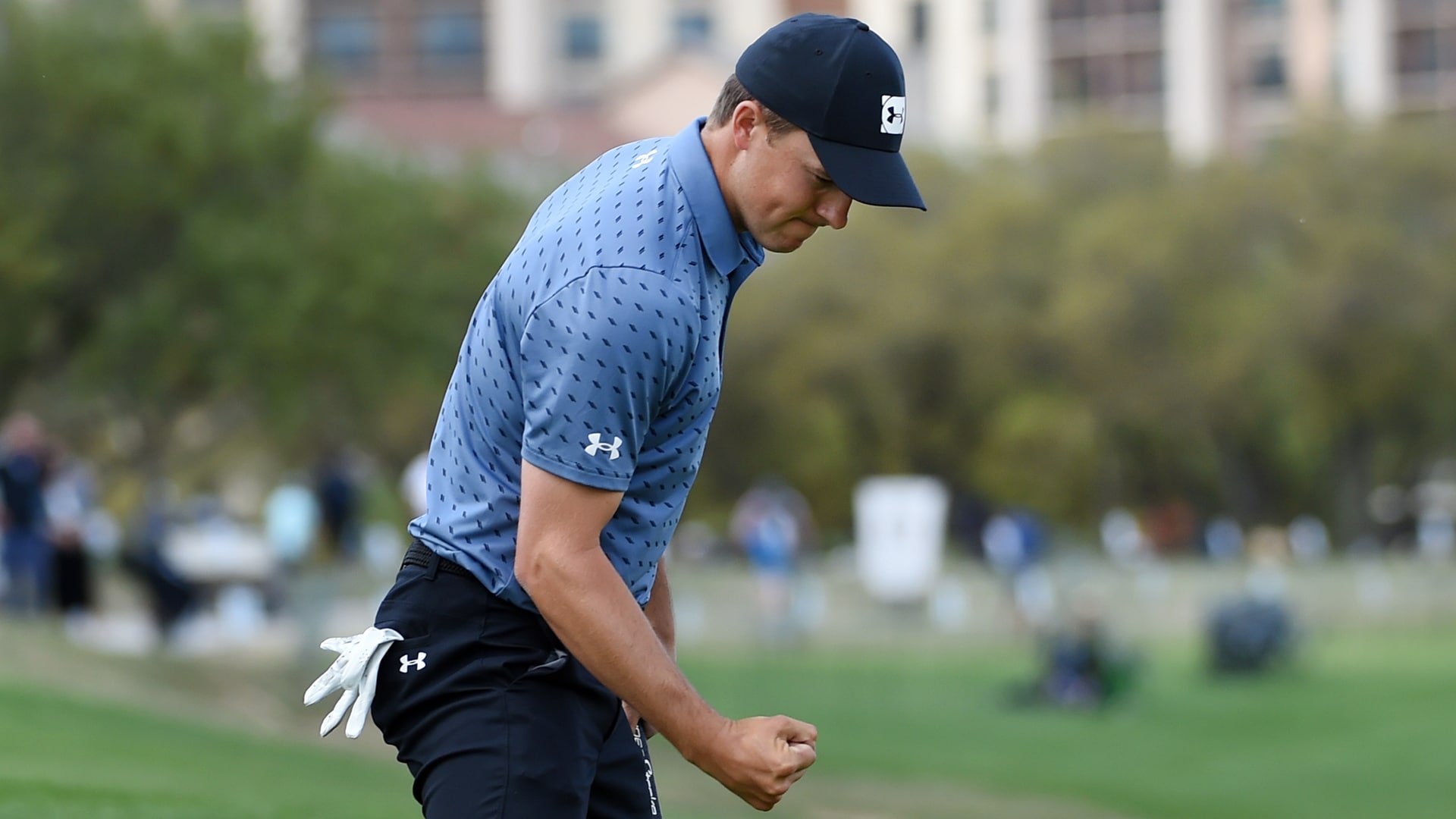 There were times when he lost sleep.

There were other times when he hit so many range balls, his hands bled.

Admittedly, Jordan Spieth even wondered – if only slightly – if he’d ever do another winner’s interview on the final green of a PGA Tour event.

“I never really doubted in myself to be able to get back to where I wanted to go, but when you lose confidence, a lot of times it’s hard to see the positive going forward,” Spieth told Golf Channel’s Todd Lewis on Sunday at TPC San Antonio, where the 27-year-old Texan, in his home state, ended his lengthy win drought.

More than three-and-a-half years – and exactly 1,351 days – since his last victory at the 2017 Open Championship, Spieth closed in 6-under 66 to win the Valero Texas Open by two shots over Charley Hoffman.

While slivers of doubt manifested themselves inside of Spieth’s head over the years as the former world No. 1 nearly dropped outside the top 100 in the world rankings, what Spieth did Sunday had always seemed inevitable. Especially in recent months. Spieth grabbed a share of the 54-hole lead at the Phoenix Open in early February before tying for fourth. He led outright through three rounds the next week at Pebble Beach and finished T-3. He had four total top-10s in six starts entering the Texas Open, his final tune-up before the Masters.

“I feel in a better place than [I did] leading into the last couple Masters,” Spieth said Tuesday in his pre-tournament press conference, where Spieth, like he’s done at every event during this recent run, reiterated how he has kept “progressing,” with both his game and confidence.

Spieth’s comeback tour, which had been building momentum week after week, rolled into Sunday with Spieth again putting himself in position to snap his losing streak. For the third time this season (more than any other Tour player), Spieth held at least a share of the 54-hole lead. At 12 under, he sat tied with Matt Wallace, the top-50 player who was playing for a Tour card. Two shots back and also in Sunday’s final group was Hoffman, this event’s all-time leading money winner who was trying to win for the first time in five year and also play his way back into the Masters.

Spieth’s caddie, Michael Greller, used such scenarios to inject an extra dose of confidence in his player.

“Whatever you're feeling, they're feeling more,” Greller told Spieth.

“I actually felt really light,” Spieth said later. “I felt like I just wanted to come out and smile, try and have some fun.”

Spieth said he didn’t have great control of his golf ball over the final 36 holes, but he stuck to his guns and played with what he had. It was more than good enough. There were a few crooked swings, but Spieth carded only one bogey, at the fourth hole. He also birdied the par-5 second despite not hitting a shot from the fairway. And a hooked layup with an 8-iron at the finishing hole provided a late scare.

But Spieth hit a lot of clutch shots, too. He nearly aced the 174-yard third hole to take his first solo lead of the day. He sank a 12-foot birdie at the sixth hole to remain a shot clear of Hoffman, who was making an early run. When Hoffman chipped in at No. 13 and followed with another birdie at No. 14, Spieth didn’t give up his cushion.

Hoffman canned a 20-footer for birdie at the par-3 16th to get within a shot for the third time on the day, but again Spieth clutched up. While Hoffman found the sand off the tee at the short par-4 17th, Spieth piped a beauty of a drive down the left side, wedged close and made another birdie, his seventh of the round.

“It's just stuff like that that I've been building that confidence on the performance side over the last couple months under pressure,” Spieth said.

Up two shots and debating whether to hit 3-wood onto the final green or lay up from the fairway, Spieth chose the conservative play only to badly hook a shot that barely cleared a video scoreboard. For a brief moment, after Hoffman muscled a wood from the rough onto a mound behind the green, it looked as if Spieth had opened the door. But another solid wedge onto the back fringe set up an easy two-putt for the win.

“I’ve done really well in my career in closing with the lead,” said Spieth, who is now 10 for 19 in converting 54-hole leads on Tour. “The extra nerves today were just in not wanting to have to sit there and have it be a few times in year [that I’ve failed to close] and that monkey on my back that continues to be there that I don't feel myself, because when I'm in contention, I feel a lot of positivity. But it's sometimes difficult to kind of separate that from the expectations when you step in an interview room and you're supposed to win all the time.” 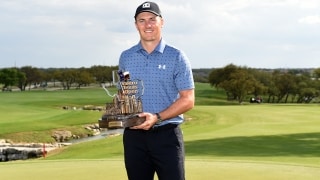 With the Tour’s new pandemic protocols, Spieth stepped into a different kind of interview room on Sunday than he did after his last victory. It’s been a long road back. Spieth’s struggles were well documented, and every failure was magnified under pro golf’s unforgiving microscope.

All that made this triumph taste even sweeter.

“This is a monumental win for me,” Spieth said in the seconds after his win. “It’s one that I’ve certainly thought about for a long time.”

Yet, when he tapped in for victory, he didn’t show much emotion. There wasn’t an explosive celebration. There weren’t any tears.

It’s almost as if Spieth expected this. He certainly has greater expectations entering the year’s first major, where he owns a win and three other top-3s in seven career Masters starts but also has finished outside the top 20 in his most recent pair of trips.

“In form is probably the most important kind of phrase in our professional sport,” Spieth said. “I felt in form for a little while now. I felt that that form needs to improve in certain ways, and I know how to do it. It's just reversing the tens of thousands of balls I hit the wrong way, so it's going to take however many thousand the right way in practice to transfer fully to the golf course. But I felt in form enough to trust shots and really gain a lot of confidence under pressure and playing golf.

“And I go to a place [in Augusta National] that I feel really – I've almost won there after almost missing the cut the week before, I've won there after finishing runner-up.”

Spieth will try to become just the fifth player – and first since Phil Mickelson in 2006 – to win the Masters the following week after winning a Tour event. History certainly isn’t on Spieth’s side, but he won’t be losing sleep over that. He won’t be grinding over long practice days this coming week, either.

After 1,351 winless days, Spieth is a confident champion once again.

And he possesses little doubt that the next winner's interview won't take place in Butler Cabin a week from now. 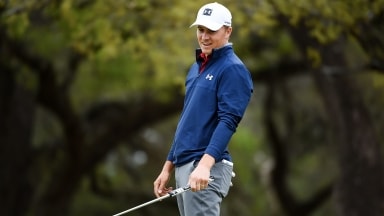 Jordan Spieth shot a 5-under 67 on Saturday to move into a tie for the lead heading into the final round of the Valero Texas Open.