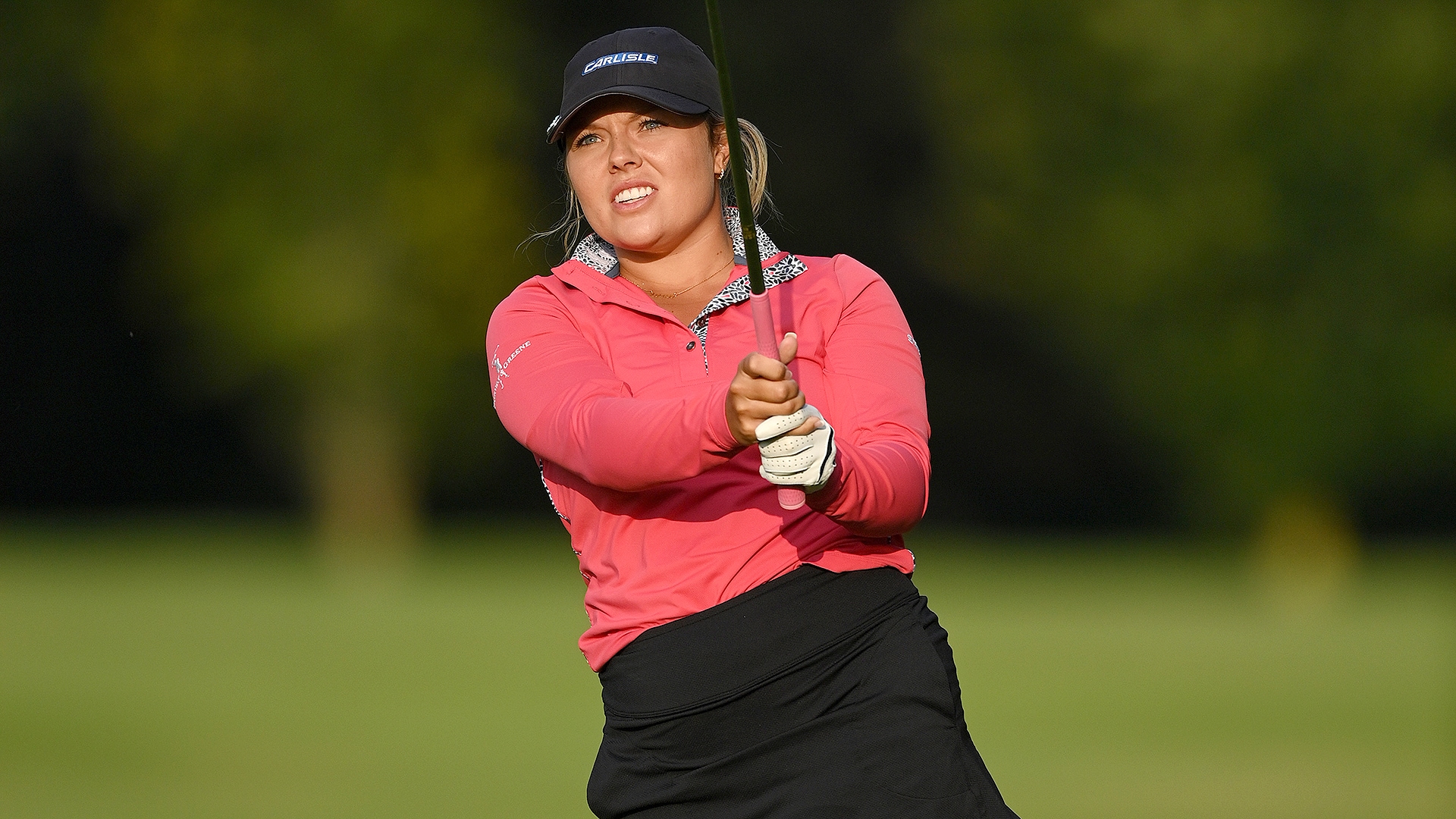 Lauren Stephenson worked hard to chase leader Jeoneun Lee6 after a shaky start on Friday at The Amundi Evian Championship.

“I had missed one fairway by a foot and so I felt like I really wasn't doing anything too bad,” said Stephenson who was 2 over par after four holes in her second round, including a “frustrating three-putt” on No. 2.

After making her first birdie on the par-3 eighth, Stephenson capitalized on her back nine with three birdies to shoot a bogey-free 33 for a 2-under 69 total. Stephenson is 7 under for the tournament, eight shots back of record-setting Lee6.

“I just had to get through the hard holes,” said Stephenson, who believes the front-nine is more difficult than the back, despite Lee6’s 29 on her inward half.

“This course is scorable just because it's relatively shorter to most majors length-wise,” said Stephenson, who needs to make a run on the weekend to catch Lee6. “We have a lot of wedge opportunities. Mostly the short holes are actually the harder holes because the greens are harder. You have to really place it off the tee.”

Stephenson has finished in the top 15 in three of her last four tournaments, including a T-6 at the LPGA Mediheal Championship. She is looking for her first win on the LPGA Tour.

“I feel like as a whole our tour is just super competitive from top to bottom. Like each week I feel like someone different is winning,” she said. "Each major sets up to different players and different strengths. So I feel like that's why we see so many different kinds ever winners especially also first-time winners.

“I've hit it pretty well off the tee, which gets you off to a nice start out here. That's the only way to score is if you're in the fairway. I've also putted well. I feel like I've actually missed a lot, so just need to keep giving myself birdie opportunities for the weekend.” 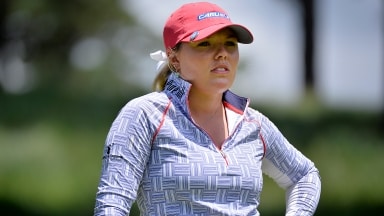 Lauren Stephenson is starting to feel what it’s like to be at the top with another strong start at the Marathon LPGA.