After another tease at No. 6, Bryson DeChambeau may be close to finally pulling trigger 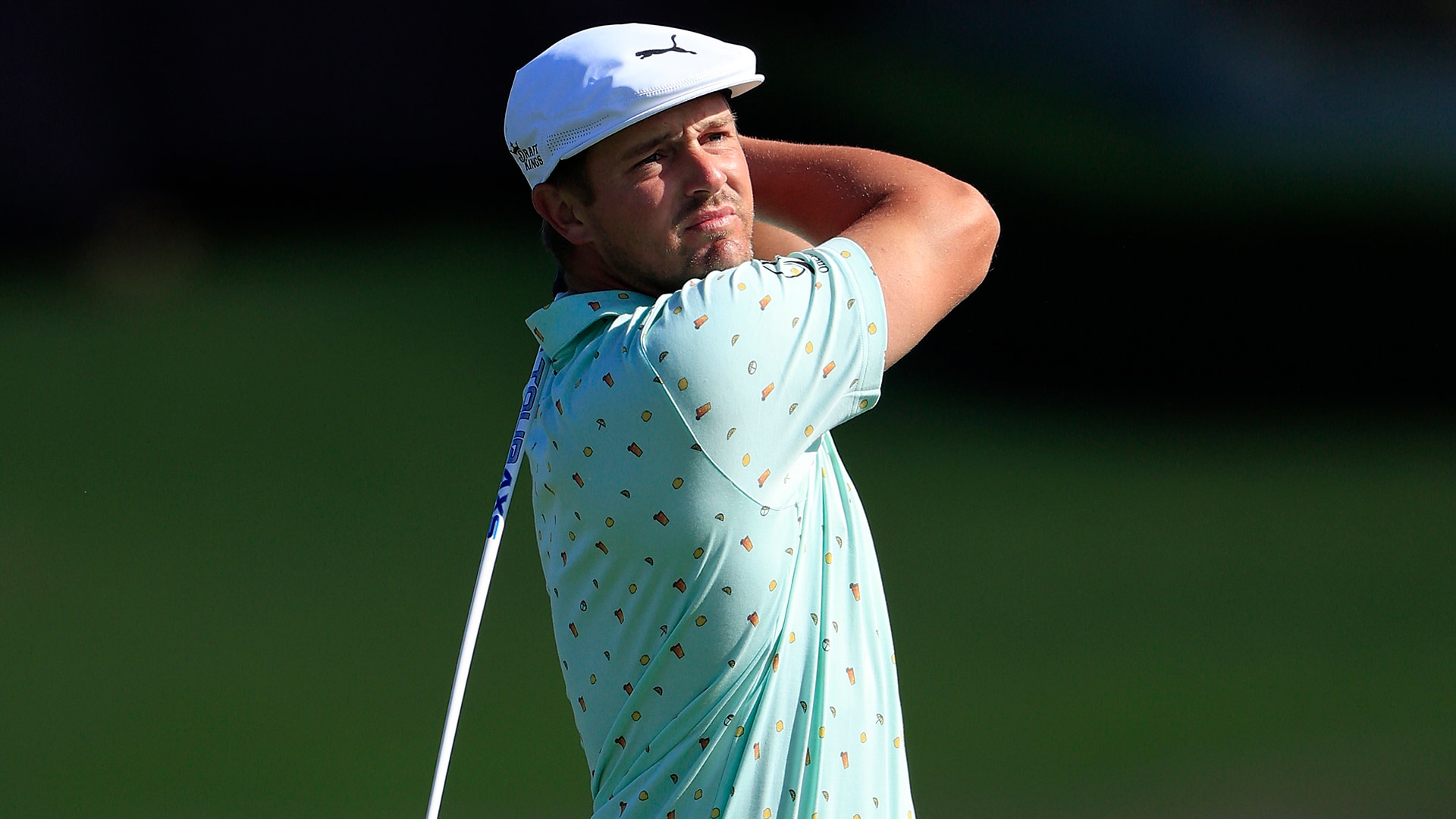 ORLANDO, Fla. – By the time Bryson DeChambeau teed off on the fourth hole Thursday at Bay Hill, some 50 yards away a throng of anxious spectators had already lined up around the sixth tee box.

With the wind still blowing steadily from the southwest, DeChambeau, who has recently hinted at driving the green at the par-5 sixth, thought to himself, Man, it may be possible if the wind kind of flips a little bit. Deep down, though, he knew it wouldn’t – at least not Thursday – and two holes later when he stepped on the tee at the 555-yard hole, he was already prepared to disappoint.

“There was a high expectation level of me trying to go for the green there and it was a little pressure that I wasn't expecting,” said DeChambeau, who handled the situation with levity, first reaching for an iron and inciting a chorus of groans, and laughs. He eventually grabbed driver, hammered a 309-yard drive on a much more conservative line and converted an easy two-putt birdie.

“I hit a great drive, it would have flown [the water] had I hit it to the left, but you don't know, if I barely mis-hit it, it won't get over and then I'm re-teeing again, which is not fun.”

If Ernie Els is known as “The Big Easy,” then consider DeChambeau “The Big Teasy.”

For months DeChambeau has appeared steadfast in his commitment to drive the sixth green, which would require about a 350-yard carry over water. He said in January that he would “100 percent” go for it if the conditions were right. They weren’t during Thursday’s opening round, but DeChambeau still managed to shoot 5-under 67 while hitting 11 of 14 fairways and finish the morning wave one shot off of Rory McIlroy’s lead at the Arnold Palmer Invitational.

“He drove the ball extremely well today,” said playing competitor Jordan Spieth. “I think he only had one drive that kind of went offline on [No.] 4, and he still made birdie. So, at that speed, that's impressive.

DeChambeau also currently leads the field in strokes gained: off-the-tee, a product, he says, of a new driver he recently put in play that features a heavier head and provides better accuracy. Of course, in this case, more accuracy means less distance, which means less probability that DeChambeau drives No. 6 this week.

“If it was one of my normal drivers at 2,000 spin, I totally could have done it today,” DeChambeau said, “but if it's more downwind I'll be able to do it tomorrow, hopefully, or sometime during the weekend.”

DeChambeau explained that he would need at least a 10-mph wind to finally pull the trigger, and that breeze would need to be coming from the northeast. He’ll get both starting Friday, though it appears he may still aim 30 yards left of the putting surface, where the carry is about 10 yards less, and give himself just a pitch shot into the hole.

With DeChambeau, who knows what he will decide to do? The only certainty is that all eyes will continue to be on the sixth hole whenever he steps to the tee.

“He said if he gets any downwind he's going to give it a go," Spieth said. "Hopefully I can just tee off first and get out of the way, get off to a good start, get off first, put one out there in the fairway and then just watch.

"You’re lying if you're not saying you're interested and going to be entertained.”