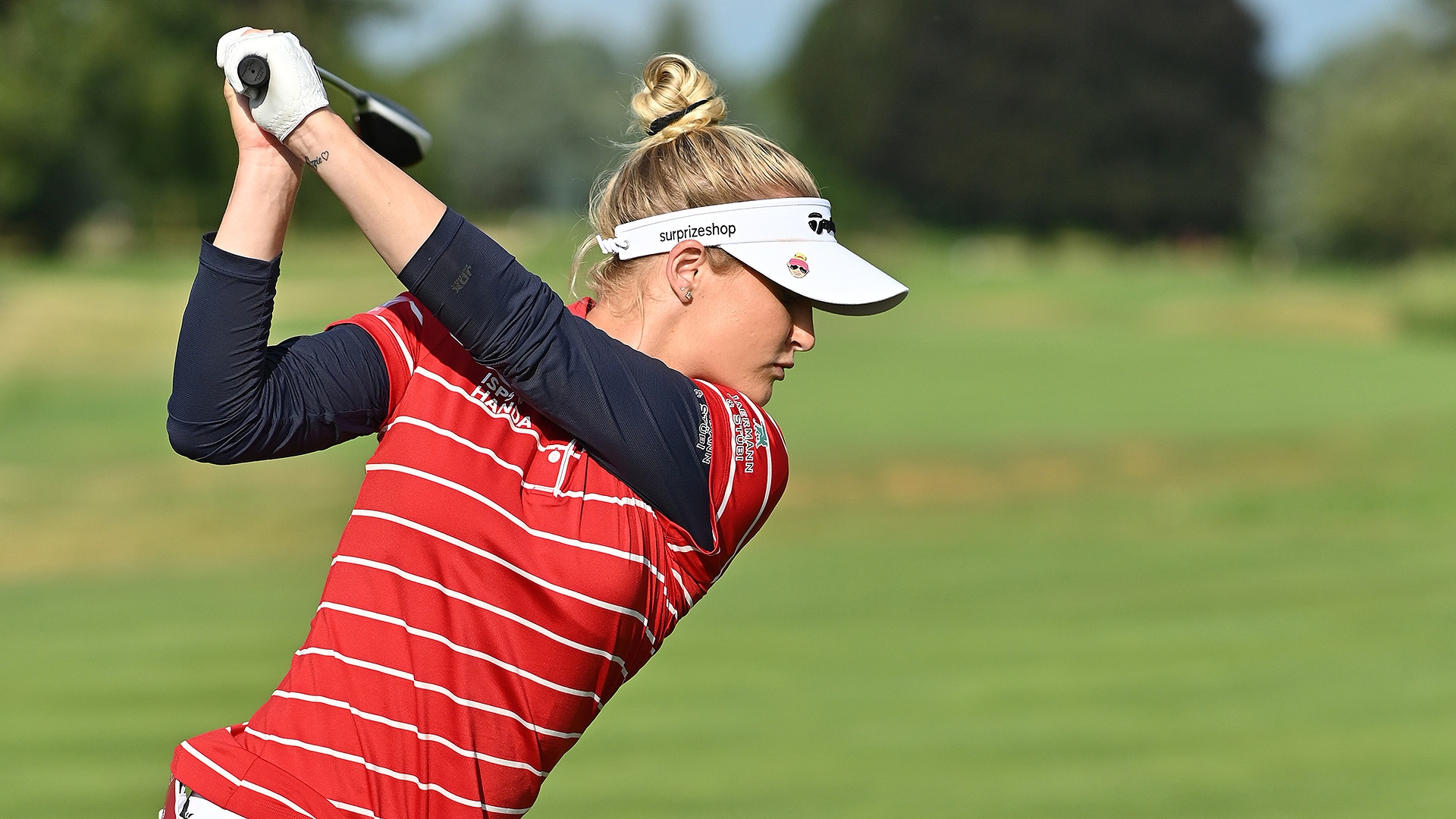 Charley Hull is hoping to shake the lingering effects of food poisoning to make a weekend run at the Evian Championship.

She’s been battling illness since being stricken at the KPMG Women’s PGA Championship last month. She had a hospital stay while taking the last three weeks off.

“I was [feeling] poorly from Hazeltine on,” Hull said of her Women’s PGA appearance, where she missed the cut. “I had food poisoning that week, salmonella poisoning from the tournament, and I was ill that week.

“I pulled out of the next one, and then was in the hospital at home, so just starting to feel a bit better.”

Hull put up a 1-under-par 70 Friday to get to 4 under overall, six shots off the lead through the morning wave. She said the illness was difficult to shake. She had another doctor’s visit last week and is feeling better this week, but ...

“Salmonella poisoning can stay up to a month or more,” Hull said. “It would come for a few days and go and come back again.”