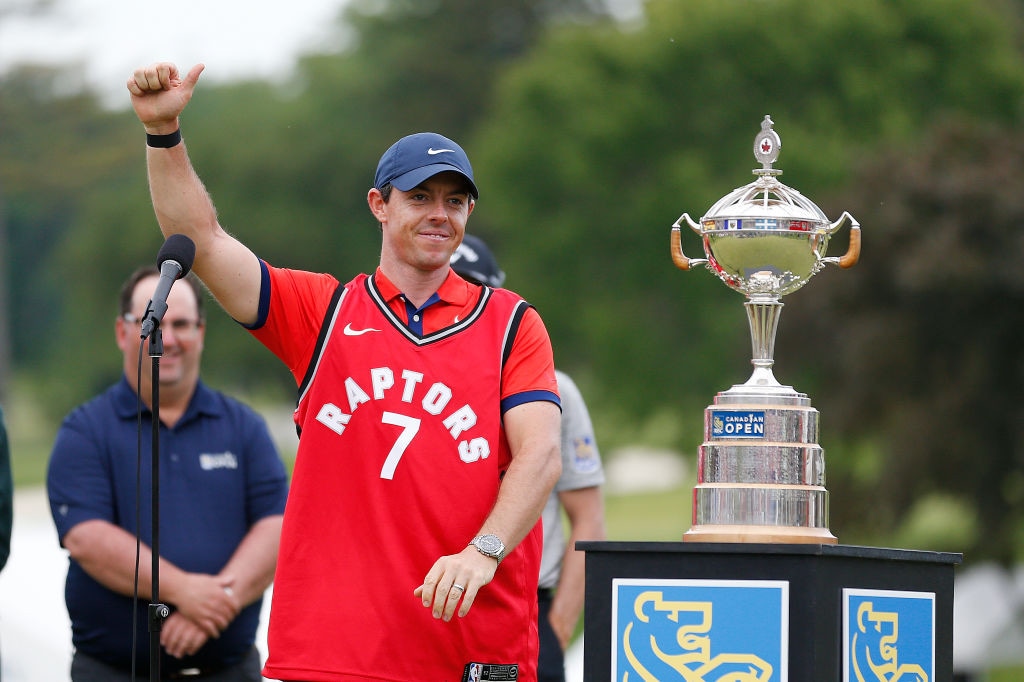 The RBC Canadian Open turned on its head when Rory McIlroy strode to the first tee – not on Sunday, but on Saturday.

Five shots adrift and starting the third round well ahead of the leaders, McIlroy had put together two solid but unspectacular rounds at Hamilton Golf and Country Club. Then he unleashed a shot few players in the field could even conjure, let alone execute: a towering, 371-yard drive that left just a short pitch and putt for an opening birdie.

It was the type of mighty lash that reminded Canadian fans gathered to watch McIlroy’s tournament debut just how many tricks the 30-year-old McIlroy has up his sleeve. It was also a sign of things to come, as the Ulsterman relied on an aggressive approach with surgical precision to leave yet another PGA Tour field in his dust.

The entire reason McIlroy showed up this week has everything to do with next week. While he won the 2011 U.S. Open for the first of his four major titles, the tournament has flummoxed him in recent years. A missed cut at Oakmont was followed by two more early exits, at Erin Hills and Shinnecock, so McIlroy decided to switch up his routine and play his way into Pebble Beach.

The result was another dose of ethereal play, as McIlroy, coming off a missed cut last week at Memorial, laid waste to Hamilton en route to a seven-shot win. Every box he wanted to check and every marker he wanted to reach were cleared with ease during 36 weekend holes that included only 125 shots and reminded everyone why McIlroy’s ceiling might be unrivaled.

Remember, this didn’t start out as a blowout. Six players were separated by a single shot entering the final round, including accomplished champions such as Webb Simpson and Matt Kuchar, as well as Adam Hadwin looking to end a 65-year Canadian drought on home soil. But none were a match for McIlroy, who birdied five of his first seven holes and turned a compelling leaderboard into a coronation by the time the leaders hit the back nine.

Even McIlroy himself admitted that after a birdie on No. 14, his ninth of the day, his target shifted from winning the tournament to trying to shoot a 59 while also capturing a trophy, something only David Duval (1999) and Stuart Appleby (2010) have done in Tour history.

“I had to re-assess my goals a little bit in the middle of that back nine,” McIlroy said. “This is what I feel I can do. I’ve been able to do it before. It was nice to get back to that feeling.”

This is, after all, an outcome we’ve seen before. Of McIlroy's 16 career PGA Tour titles, four have now come by seven shots or more, including a pair of majors. He has a penchant for blowing away decorated fields when it’s all clicking, and he left little doubt about the outcome this weekend.

“I think I might have won the second tournament,” said Shane Lowry, who shared second place with Webb Simpson. “I don’t know what golf Rory is playing today, but it was just incredible.”

While following a victory with another in a major the very next week is a rare feat, McIlroy is the last to pull it off. He captured the 2014 WGC-Bridgestone Invitational at Firestone, then went to Valhalla and won the PGA days later for what remains his most recent major title.

But the form he flashed back in the summer of 2014, arguably the height of a Hall of Fame career in the making, seemed within reach this weekend in Canada as he dissected Hamilton one shot at a time. Pebble Beach is going to be a far different U.S. Open layout than players have encountered in recent years, as a seaside setup that barely pushes 7,000 yards is thought to neutralize the distance advantage the longest hitters in the game have both enjoyed and exploited at the last four U.S. Open venues.

But this week McIlroy showed that he can do more than just uncork 370-yard drives. Re-tooling his bag to include four wedges, he displayed deft control with a variety of approaches while pouring in putts from all directions. His controlled aggression, picking certain spots to press his advantage and laying back at other moments, was the perfect balance to stride to the 72nd green with the tournament no longer in doubt.

It’s also a combination that should prove plenty handy next week along the Monterey coast, as McIlroy heads west with more major momentum than he could have ever asked for.

“I think when you get to the U.S. Open setup it can make you play careful, a little tentative and try to guide it down the fairways,” McIlroy said. “If I’ve learned anything this week, it’s my game is good enough and my swing is good enough that I can play with freedom.”

Rory McIlroy routed the field at the RBC Canadian Open, something he's quite familiar with at the U.S. Open. As McIlroy eyes his fifth career major title, watch 'My Roots' to learn the backstory to his journey, exclusively on GolfPass. Click here to enjoy a free 7-day trial! 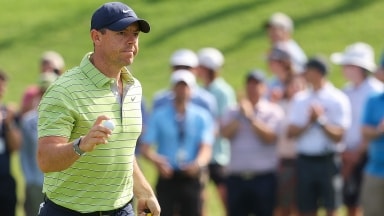