After changing clothes, Brittany Lincicome ready to change mentality for 2021 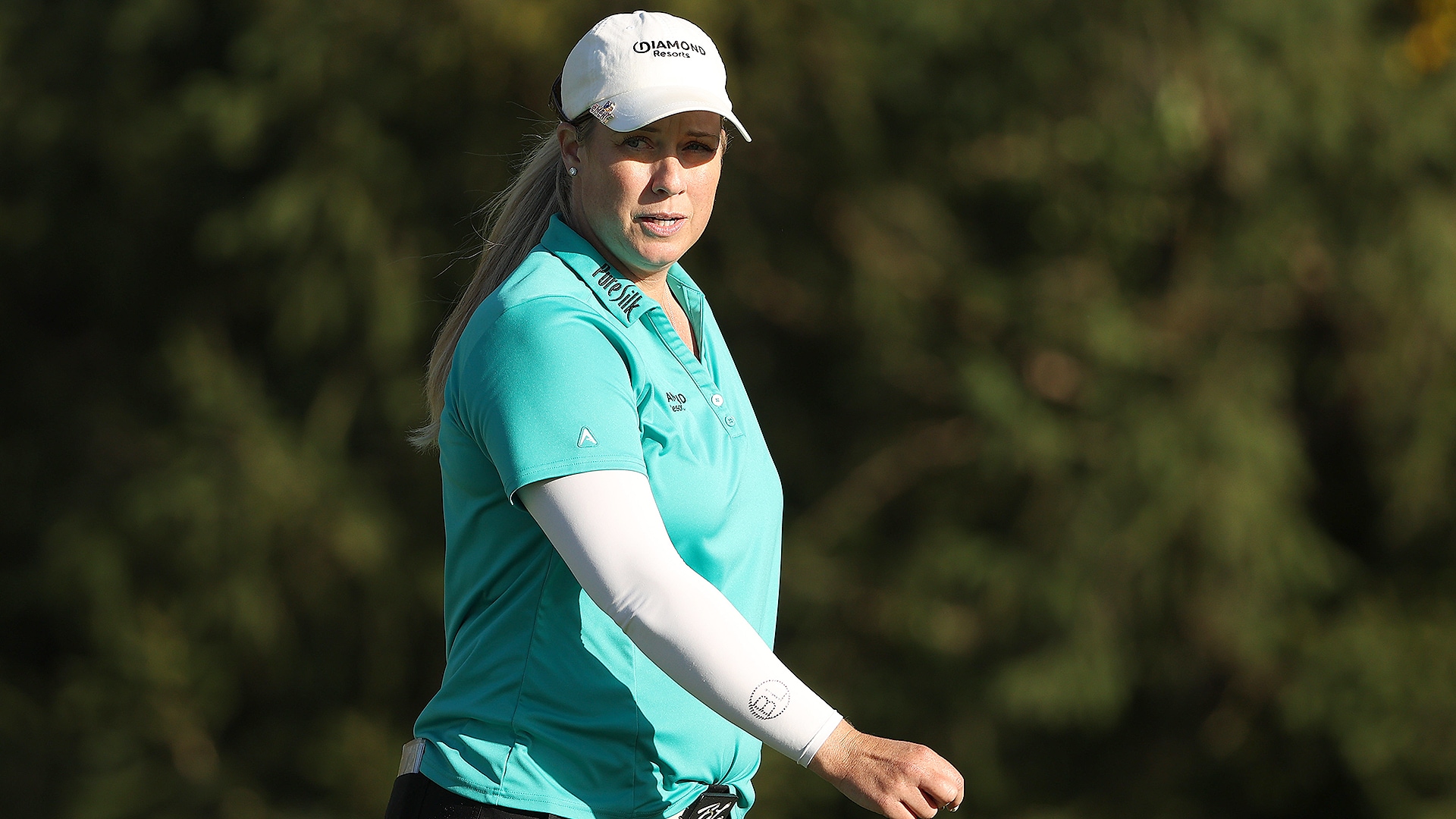 LAKE BUENA VISTA, Fla. – Brittany Lincicome sent a subtle signal on Tuesday as she began her 17th season on the LPGA Tour. She walked to the media center dressed head to toe in black, a departure for a player who has won eight times in a palette of pastel blues and pinks.

“I’m intimidating,” Lincicome joked about her dark ensemble, provided by her new clothing sponsor, Abacus Sportswear. She laughed about the color change, but the veteran was all business when it came to getting back to work at the 2021 season opener, the Diamond Resorts Tournament of Champions.

“We’re going to birdie the first hole right out of the gate and we’re not going to let off the gas,” Lincicome told GolfChannel.com. “And just keep it going.”

There is a new fire in Lincicome, evident at Tranquilo Golf Club. In years past, she loved the easy-going nature of the tour’s first event, a fun-filled tournament that pairs the winners of the past two years with celebrities from entertainment and sports. It’s a great way to ease into the season, the two-time major champion would say. She echoed those sentiments again Tuesday, but she was more focused on improving her game.

For a player who doesn’t enjoy spending much time practicing or hitting balls on the range, achieving more consistency could be a challenge. But when Lincicome was pushed about how exactly she planned to do that, she revealed the difficulty she’s faced trying to maintain a consistent mental approach throughout her career.

“A lot of fans wouldn’t know, I’m literally just trying to make the cut,” Lincicome said in a surprising admission. “My mental side is not where it needs to be.”

For years, Lincicome says she’s struggled to get off to a good start. She’ll often string together several bogeys before telling herself it’s time to turn things around, but then, it’s often too late to climb into contention. Lincicome’s most recent win came in 2018.

Lincicome hasn’t consistently worked with a mental coach throughout her career but is considering reconnecting with Lynn Marriott and Pia Nilsson of VISION54, a popular duo among players on the LPGA Tour who are struggling with the mental aspects of the game. Lincicome briefly worked with the pair after her win at the 2009 ANA Inspiration. By chance, she scheduled a meeting with the coaches prior to her first major victory. After a few meetings, she took away some key items and applied them on her own. She’d often see Marriott and Nilsson working with other players at major championships, where Lincicome would prefer to focus on winning, not fine-tuning.

“Those were not the best weeks for me to be doing more stuff,” Lincicome explained. “Like your swing coach comes out to a major? Why do you want to be working on something during the biggest week of your life? I think that’s kinda why I stopped.”

Lincicome is hopeful VISION54 might have something new she could try out, now more than a decade since they first connected. In the meantime, she’s hoping to seek the advice of Annika Sorenstam, who is competing as a celebrity in the field this week. Sorenstam worked with VISION54 throughout her career.

Tuesday, Lincicome sent a subtle message to the media and players alike when she arrived dressed in all black for her first practice round of the season. Sunday, she could send a louder message with a return to the winner’s circle.

Lincicome is ready to get back to work. 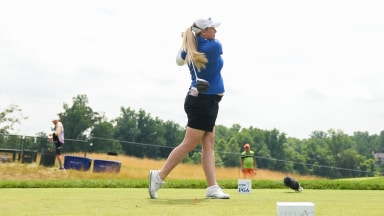 Brittany Lincicome has much to be proud of as she wraps her 18th season on the LPGA and looks forward to the arrival of her second child.