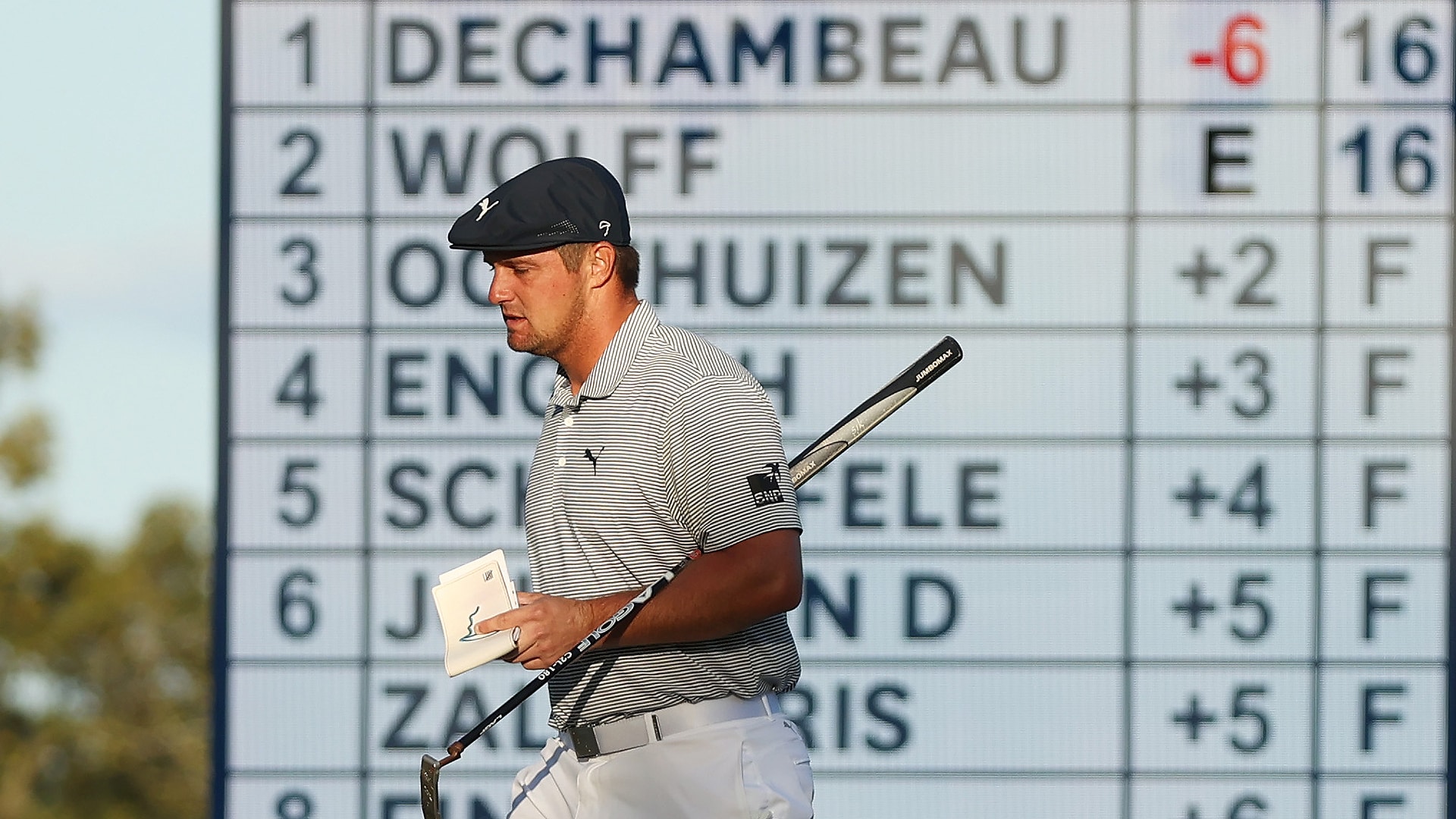 MAMARONECK, N.Y. – It wasn’t the lone red figure on the Winged Foot leaderboard that nearly broke golf Twitter on Sunday, it was how we arrived at this seminal moment that threatens to shake the foundation of the ancient game.

The final turn of the pandemic U.S. Open was always going to be groundbreaking with a final group that included one player with a swing you probably shouldn’t teach (Matthew Wolff) and one you couldn’t teach (Bryson DeChambeau).

The bash brothers unapologetically threatened to turn the national championship into a global referendum with a brand of golf that historically doesn’t win U.S. Opens. It was clear from the cool outset that one of the two revolutionaries would change the game with power and unproven probabilities.

The final line suggests it wasn’t much of a contest with DeChambeau pounding his way to a six-stroke victory, but the truth is, the outcome was very much undecided when the final group made the turn, following haymaker eagles at the ninth hole from both the mad scientist and Wolff, who were separated by just a stroke.

After that, it was the Bryson DeChambeau Show on his way to a closing 67. It was the best round of the day by three strokes and was nearly eight strokes better than the final-round field average (74.9). But that’s the what, it’s the how that will be dissected and even disparage in the coming weeks.

What if I told you the U.S. Open champion would hit just nine of 28 fairways over the final two rounds?

“No chance. No chance,” said Rory McIlroy, who tied for eighth at 6 over par. “I don't really know what to say, because that's just the complete opposite of what you think a U.S. Open champion does. Look, he's found a way to do it. Whether that's good or bad for the game, I don't know.”

What if I told you the U.S. Open champion would hit just 41 percent of the fairways for the week at Winged Foot?

“No way,” said Zach Johnson, who joined McIlroy at 6 over. “Is it the proper way? I don't know, but it's a way to play. Given what he's been given and given how he works and how he approaches his body and his equipment, it's a way to play, and it's not wrong at all.”

And that’s at the heart of whatever it is that DeChambeau accomplished this week.

There will be those who contend the USGA went light on the setup and paved the way for DeChambeau’s paradigm-shifting performance. That’s the same crowd who came down with a convenient case of statistical amnesia when Tiger Woods won the 2000 U.S. Open at 12 under, ignoring that he was the only player under par at Pebble Beach.

DeChambeau was the only player in red figures (6 under) at Winged Foot, but it’s not the number, as one USGA type explained late Sunday, it’s how he arrived at that number that will keep rules makers awake at night.

All of the dogma that bound the fabric of the game has unraveled. DeChambeau ate it. All the caveats that came with strongman golf – it’s not controlled enough to work on a “true” major championship test – have been mown down like 5 ½ inches of Winged Foot rough.

For those who clung to the notion that thick rough and firm greens were all golf needed to bring the body builders back to earth, the sky has fallen.

DeChambeau promised to redefine golf when he embarked on a physical transformation last year and the byproduct was a performance that was impossible to predict because there was no precedent for what he did.

When Woods won the ’00 U.S. Open, he hit 73 percent of the fairways at Pebble Beach. When McIlroy won the ’11 edition at Congressional by eight strokes, he found the fairway 64 percent of the time, and the last time the championship was played at Winged Foot, Geoff Ogilvy sported a respectable 57-percent clip.

But for DeChambeau, hitting fairways to win a major championship is nothing more than a construct. In his gloriously complicated mind this was the simplest of equations. 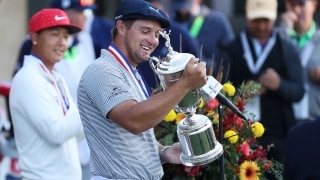 Any U.S. Open debrief must also consider every aspect of DeChambeau’s performance. He made 11 of 16 putts from 5 to 10 feet for the week, ranked 11th in the field in putting average and was third in scrambling with a 65.3 percent salvage rate.

It’ll be his blistering performance off the tee that’ll echo well beyond the first September U.S. Open since 1913. Perhaps protein drinks won’t replace Dasani bottles in locker rooms across the globe, but there is no denying that the game continues to evolve and that sometimes those jumps forward can be jarring.

Whether that change is for the better or not is open to debate, but what’s not debatable is that this was inevitable.

“My grandfather used to say that if players aren’t better in 20 years than we, as instructors, aren’t doing our jobs,” said Claude Harmon III, who is named after the legendary former head professional at Winged Foot and is himself on the pointy end of golf’s evolutionary spear. “My dad has been saying the same thing for 25 years. If players aren’t better in 2020 than they were in 1965 and they aren’t doing things that people didn’t do 30 years, then what are we doing here?”

DeChambeau’s performance was a sea change at the highest levels.  This was another massacre at Winged Foot, but this time it wasn’t A.W. Tillinghast’s gem throwing the punches. This time it was a 6-foot-1, 230-pound, 27-year-old doing the damage and making the history. 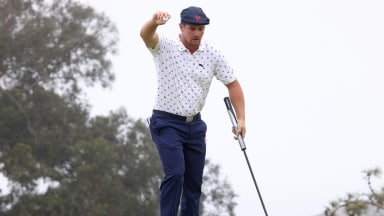 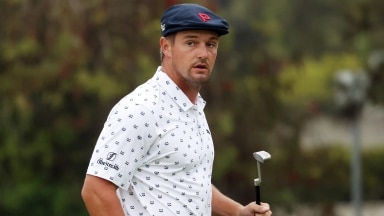 Watch: Bryson back in U.S. Open after eagle

Bryson DeChambeeau capped his first nine Friday at Torrey Pines with a much-needed eagle, which helped him move back into red numbers at the U.S. Open.