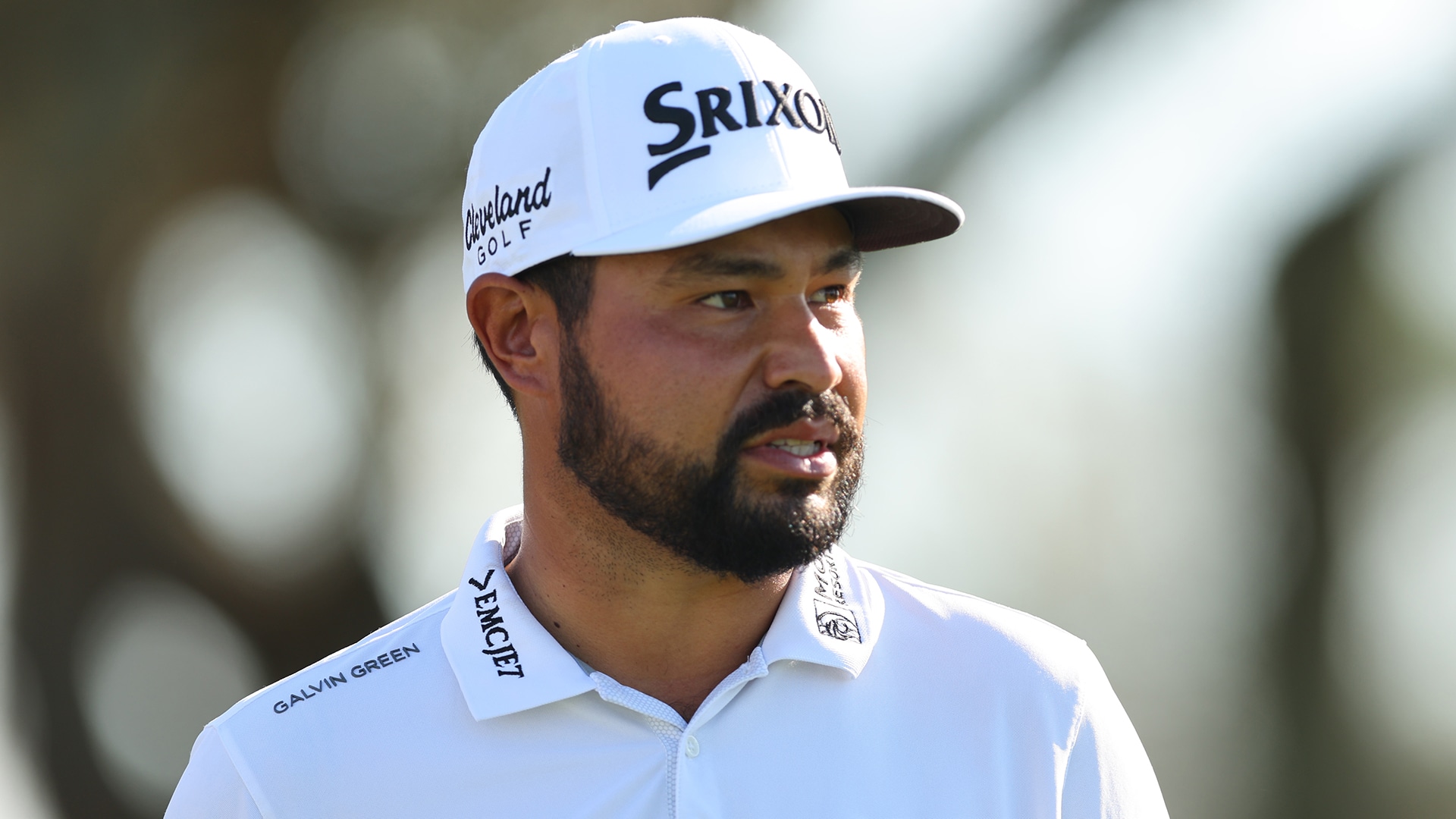 ORLANDO, Fla. – The old J.J. Spaun would’ve responded differently to this kind of finish. Spaun was within striking distance of the lead Friday at the Arnold Palmer Invitational when he dunked his tee shot in the water at the par-3 17th hole and nearly rinsed his approach at the par-4 finishing hole before getting a lucky break off the rocks. He’d fail to take advantage, though, missing an 8-footer for par. The double bogey-bogey close capped a 3-over 75 and dropped Spaun back to 2 under, seven shots behind leader Viktor Hovland.

He’s not out of it, but dinner certainly wouldn’t taste as good. Literally.

“Food was my therapy, so if I had this finish four years ago, I’d probably go punish a couple of milkshakes or something, like some In-N-Out, you know, just to kind of eat your sadness away,” Spaun said. “But I’ve learned I can’t do that.”

Spaun, who stands 5-foot-9, was 217 pounds at his heaviest, probably sometime during his rookie season on Tour in 2016-17. It was during that period that Spaun nearly broke through on several occasions, finishing runner-up at the 2017 RSM Classic and then posting a trio of T-3 showings the next year. But as his 2017-18 campaign was winding down, Spaun started to inexplicably lose weight and he’d often feel lethargic. His swing speed and driving distance started to slip as well.

By the fall of 2018, he had been diagnosed with Type 2 diabetes – or so doctors thought.

There are a few main differences between Type 1 and Type 2 diabetes. With Type 1, the immune system attacks and destroys insulin-producing cells in the pancreas. Type 2, which is more common, is diet-related as the body still can produce insulin but the pancreas has a difficult time keeping up with high-blood sugar levels that are usually a product of poor diet and exercise. Type 1 is a genetic disorder that normally shows up early in life while Type 2 develops over time.

Spaun was enjoying a run of three straight top-15s during his initial diagnosis. But as the next year wore on, Spaun, who was eating healthier and exercising more and taking medicine specific for Type 2, wasn’t feeling much better. He kept losing weight, down to 165, and his golf also reached new lows. After knocking on the door of the top 100 in the Official World Golf Ranking at the end of 2018, Spaun plummeted to No. 584 by mid-2021.

That’s when, after nearly three years, Spaun saw a specialist and discovered that he had been misdiagnosed. He was Type 1, late onset.

“I went through two years of struggling,” Spaun said. “I’m not blaming that, but that was another contributing factor. I was doing the wrong things. The regimen for Type 2 is a little different than for a Type 1; I’m not even getting the right medicine to regulate my blood sugar. … I was eating nothing, probably less than 1,500 calories a day, and still having high-glucose side effects as a ‘Type 2,’ so that’s why I needed the insulin to help level that out and be able to eat more calories in general.”

Nearly a year since a potentially career-saving re-diagnosis, Spaun is feeling restored. He is back up to a healthy 175, and he has been approved by the Tour to wear a Libre blood-sugar monitor and check his levels while competing. If his blood sugar is low, he can faint. If it gets too high, his vision starts to blur. So, in addition to carry numbers and reading putts, Spaun must track numbers that his competitors don’t.

“It’s more work,” Spaun said, “but in the long run my health is better.”

Speaking of numbers, he’s regained some of his speed. Spaun is averaging 291.8 yards off the tee this season, up more than six yards from last season. After a few years of trying to curb his power drain – and losing his swing in the process – Spaun, with the help of instructor Andy Patnou, has re-built an action like the one he had in 2017-18, when he ranked 63rd in strokes gained: tee-to-green, but designed for Spaun’s leaner self.

“When your swing is centered around that kind of build for the last whatever, it’s hard when you lose that and then you’re up here [on Tour] and you’re getting beat up and searching and not really knowing what was going on,” Spaun said. “I would show someone my old swing and be like, ‘What do I gotta do to do that?’ And honestly, it’s comparing oranges to apples with that body and my body now. But [Andy] was able to see some differences and try to get me back into that blueprint. … Everything isn’t the same now, but I still kind of have that same look, that same move that I did in the past.”

Spaun still has a lot of his “fat clothes.” It’s hard to give them away, he says, because “no one’s a 38-30.” But with Spaun now comfortably fitting into Euro-cut Galvin Green polos and size 34-waisted pants, his old threads serve as a reminder of how far he’s come.

After finishing 185th in FedExCup points last season, Spaun kept his card with a T-2 in the KFT Finals opener. He has four top-25s this season, good enough to rank 47th on the current points list, and figures to climb even further up the standings with a good weekend at Arnie's Place. Not a bad place to swing your new swing.

“I’ve learned a lot,” Spaun said. “I’ve come to terms with where my game is at. I just have to play with what I have. I used to be so consistent ball-striking wise – and I’m getting back to there – but for a couple of years I kind of was lost. … I’m just trying to get back and stay in my lane, which is just fairways and greens, and the weeks I putt well are the weeks where I’m right up there.”

Perhaps, that’s why Spaun wasn’t hangry when he stepped out of scoring Friday at Bay Hill. He knows what real struggle feels like. A couple of water balls are nothing.

“Tough finish, but it happens,” Spaun said. “Rather that happen today instead of Sunday if I’m right there.” 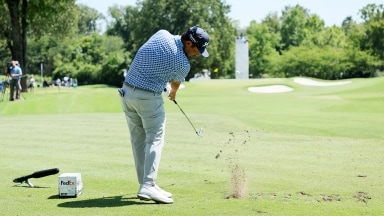 J.J. Spaun birdied 16 and 17 Saturday afternoon at TPC Southwind to maintain a one-shot lead heading into the final round. 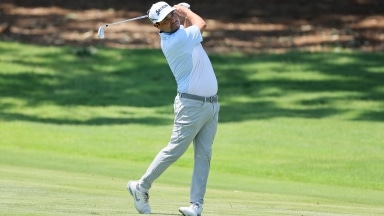 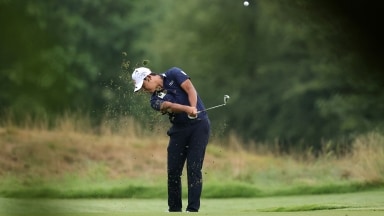