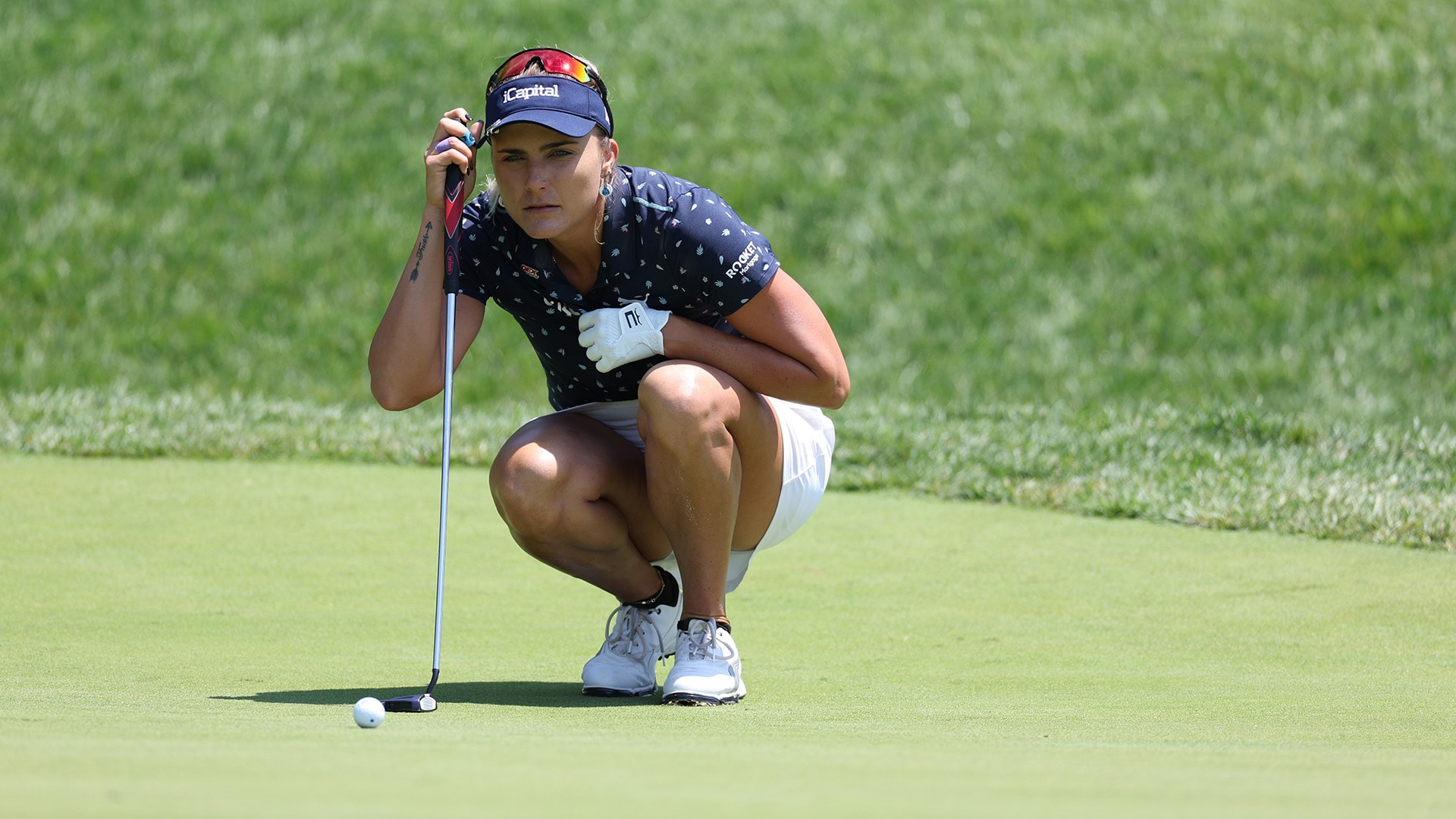 Talk about adding insult to injury.

Following her runner-up finish at the KPMG Women's PGA Championship, Lexi Thompson was fined $2,000 by the LPGA for slow play on Sunday at Congressional Country Club. Thompson's father, Scott, confirmed the news to Golfweek's Beth Ann Nicholas, who reported the news.

Both players were reportedly told when they walked off the 18th green.

"I’m all for helping slow play, but putting those ladies on the clock with 2 holes left trying to win a major seems like a good read the room situation and don’t put them on the clock," tweeted PGA Tour player Justin Thomas.

Thompson bogeyed four holes on the back nine, including missing two crucial short par putts, to cough up a two-shot lead and finish a stroke behind Chun.

Holding a two-shot lead Sunday at the KPMG Women's PGA Championship, Lexi Thompson left herself 2 feet for par at Congressional's par-4 14th hole – and it didn't even touch the hole.