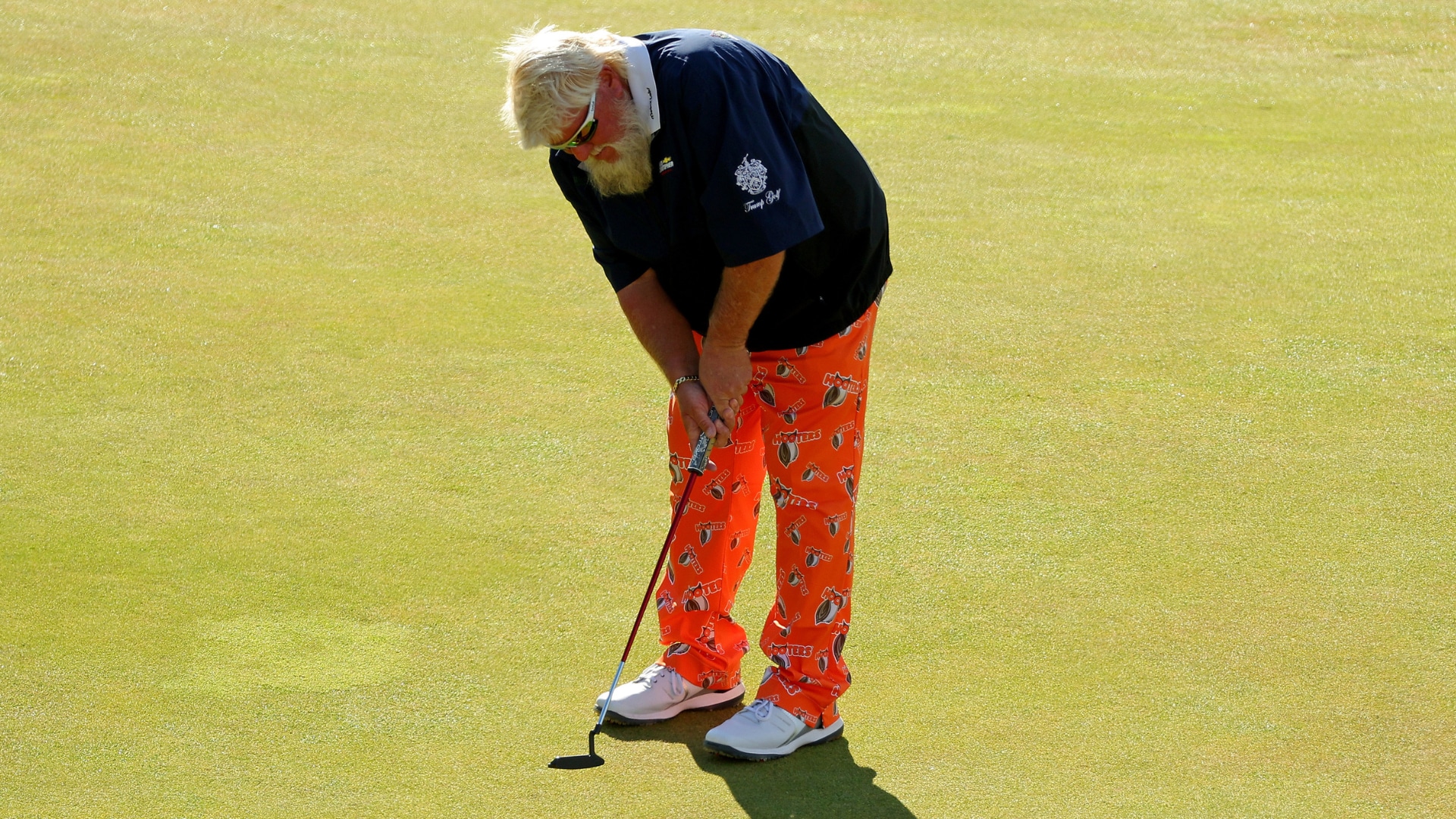 Despite missing The Open cut, John Daly still played alongside some stars in Scotland on Saturday morning.

Daly, who shot 3 over to miss out on playing the weekend at St. Andrews, spent Saturday morning eight miles down the road from the Old Course at Kingsbarns Golf Links. He was joined by Eli, Peyton and Cooper Manning, along with country music star Eric Church.

Daly won The Open at St. Andrews in 1995 and during the 56-year-old's round Friday, it appeared he might make his first major cut since the 2012 PGA Championship after canning a 76-foot eagle putt. However, he bogeyed his final two holes and fell outside the cut line.

But Daly being Daly, he made sure to make the best of his remaining time in Scotland. And he did that by getting together with a squad on the links that people would dream of playing with.