After playoff loss, Matthews embraces fan who yelled in his backstroke 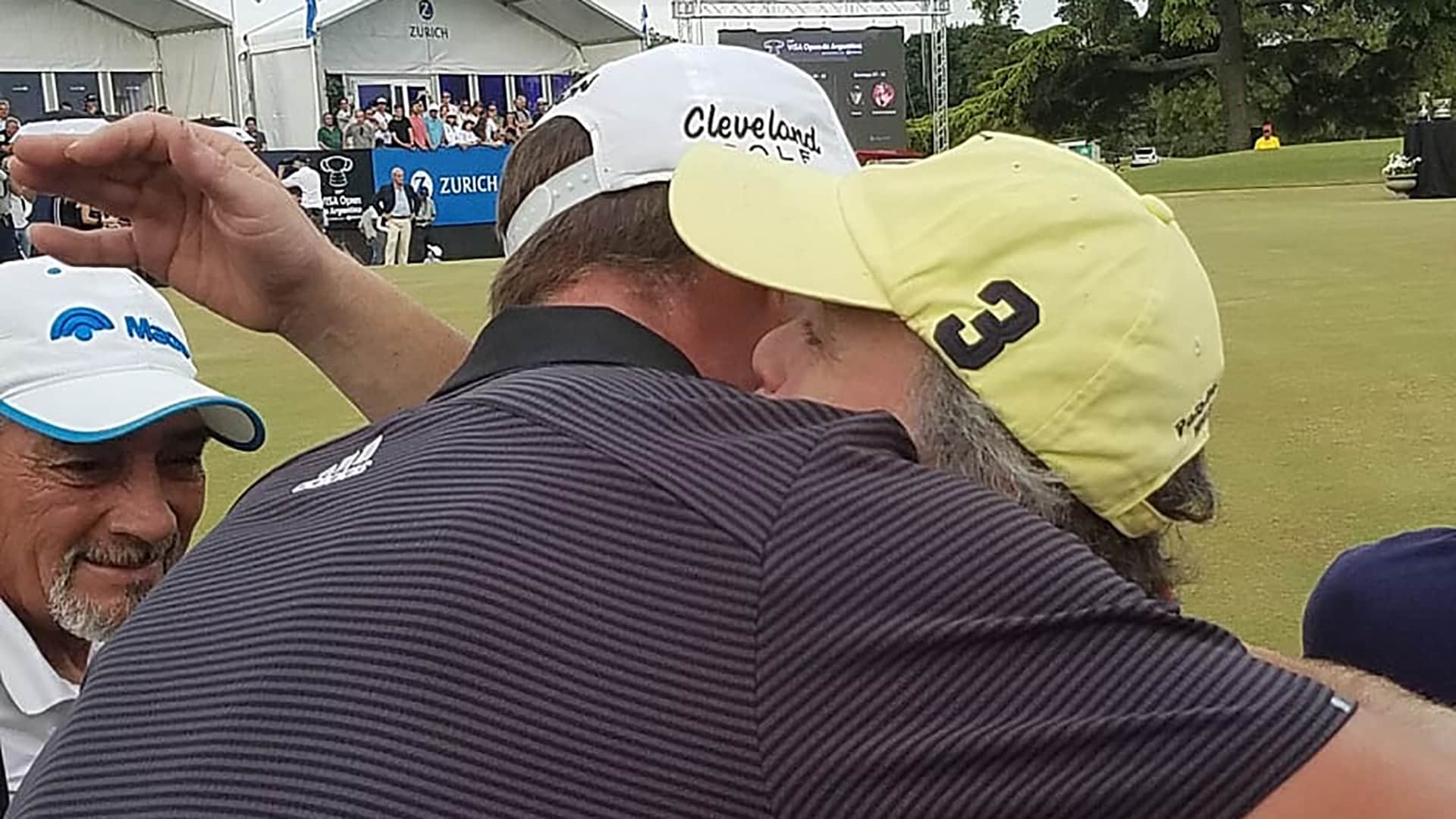 While Tommy Fleetwood was making eagles look routine on the European Tour in South Africa, and while players were scrambling to the finish on the PGA Tour in Mexico, the most compelling story of the golf weekend was actually playing out in a Latinoamérica event in Buenos Aires.

You might not be aware, but the winner of Visa Open de Argentina gets an annual exemption into The Open Championship.

Having just watched Ricardo Celia drain a 30-footer for birdie in their two-man playoff, Brandon Matthews had an 8-foot putt to force a fourth extra hole and keep an invite to Royal St. George’s in play.

"I got over the putt, took the putter back and heard kind of a yelp or a scream," Matthews told GolfChannel.com Monday, fresh off a nine-hour return trip to Tequesta, Florida.

Matthews, who turned pro in 2016 after a college career at Temple, who won on the Latin America circuit in 2017, and who played the last two seasons on the Korn Ferry Tour,  spent this fall remaking his golf swing after a "a really rough" summer. Back issues led to mental struggles and three months of disappointment. From the Kansas City Classic in May to the regular-season-ending Ellie Mae Classic in August, Matthews either withdrew or missed the cut in 11 consecutive KFT events. Just a few weeks into work with a new swing coach, he failed to advance out of the first stage of Korn Ferry Tour Qualifying School.

Swing changes finally paid off last week in the form of a tie for fifth at the Nequen Argentina Classic. And now here he was, in a head-to-head, sudden-death playoff for the right to make his first start in a major championship – until someone yelled in his backswing.

"I thought someone had done it intentionally. I was frustrated. Really, I was in shock that that just happened," said Matthews, who immediately turned around and gestured to the gallery.

While Celia was doused with water on the green, an upset Matthews headed to the locker room, where he was approached by Claudio Rivas, PGA Tour Latinoamérica's tournament administration manager.

Rivas then told Matthews that it was a fan with Down Syndrome who had made the noise in his backstroke. He had gotten excited and lost control of his emotions.

And as soon as Rivas gave him those details, Matthews answered: "Take me to him."

"His switch – his face changed. He almost broke into tears," Rivas told GolfChannel.com after he landed back in Florida on Monday afternoon.

As Matthews grew up, his mother Donna worked to manage group homes and his best friend had a sister who also had Down Syndrome.

"I was around mental disability growing up, and I have a soft spot in my heart for it. Those are really special people," he said. "I felt so terrible that I was even upset. I just wanted to make sure that he didn’t feel bad."

With Rivas helping to translate, Matthews met with the fan, gave him a hug and signed a glove.

"He was very happy," Rivas added, referring to the fan. "His name is Juan. [Matthews said], 'I am sorry. I hope you enjoyed the golf. This is for you. Thank you.' That's basically what he told him."

For now, Matthews isn’t headed to Royal St. George’s, but he will have a tour card next year. He managed to lock up full Latinoamérica status for 2020 on the strength of his T-5 and runner-up finishes in Argentina.

But, for Matthews, what happened Sunday superseded winning or losing or any other career concerns.

"Some things are bigger than golf," he said, "and this was one of them."