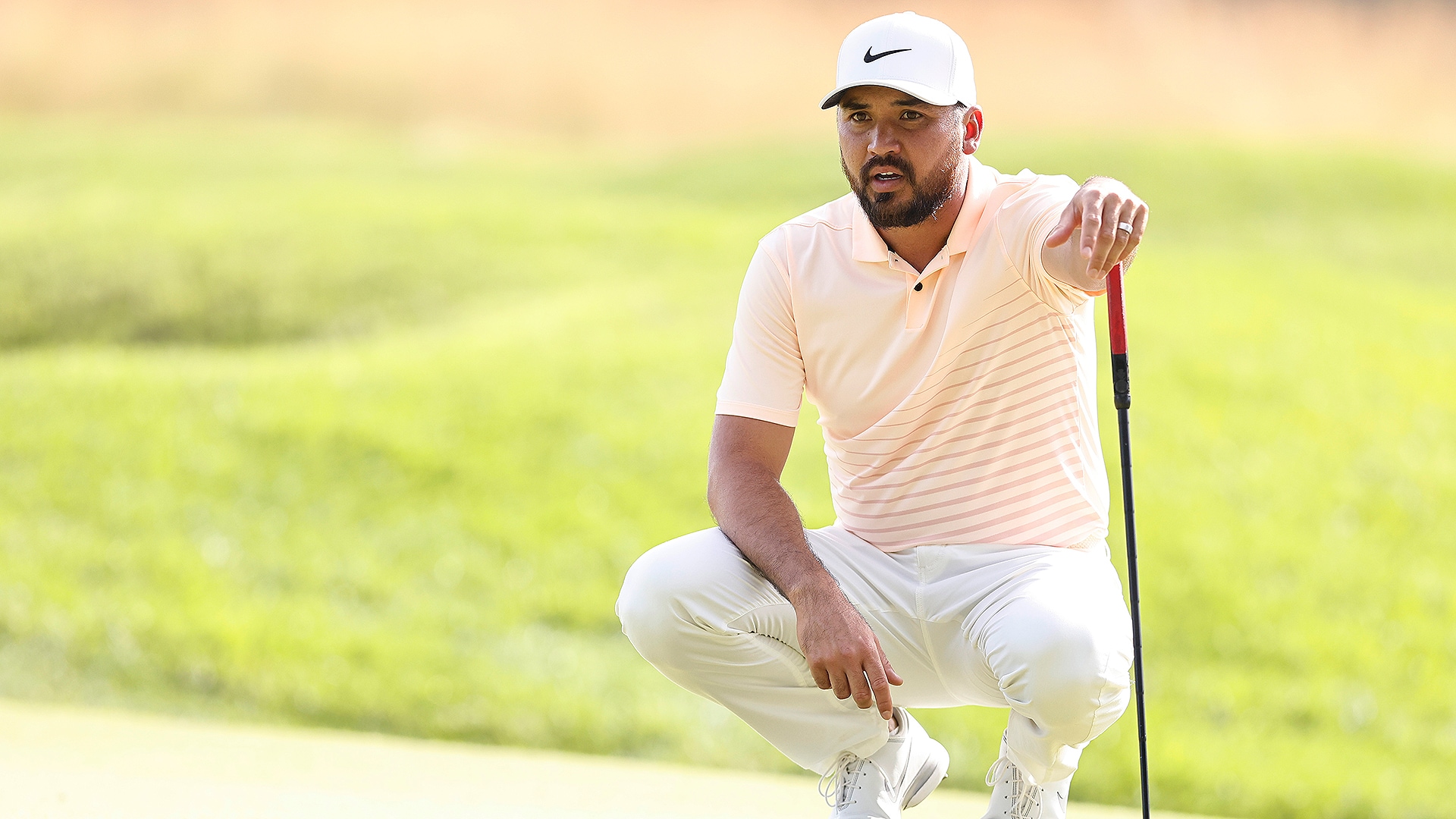 CROMWELL, Conn. – The last time Jason Day finished top-three in a PGA Tour event, Lebron James was carrying the Cleveland Cavaliers to their fourth straight NBA Finals, Alex Ovechkin was weeks away from winning his first Stanley Cup, and nobody ever said "COVID-19."

More than three years later – which feels much longer than that – Day is the solo-leader through 36 holes of the Travelers Championship at 9 under after shooting a 62 on Day 2.

"I was fortunate enough to not really get in my own way today," said Day, whose last top-three finish was also his last win on Tour, the '18 Wells Fargo. "Hit a lot of good quality drives and my tee-to-green was pretty solid, I thought. Then holed a lot of crucial putts out there."

That may be thanks to a new/old putter. Day went back to his TaylorMade Spider model, from the SIK putter he was using. This is Day's first tournament reunited with the Spider since the PGA Championship, in which he finished T-44.

Day says the Spider sits a little bit more open for him and he can trust the line that he's aiming at. He's seventh in the field thus far this week in strokes gained: putting.

The 33-year-old Australian became a top-10 player in 2011 and rose to No. 1 in 2015 after winning the PGA Championship.  Day is currently No. 71 in the world. He missed the cut at this year's Masters and tied for 44th at the PGA. He didn’t qualify for the U.S. Open. His lone top-10 finish this year was at February's AT&T Pebble Beach Pro-Am.

Injuries have long plagued Day, even as recently as the Memorial, from which he withdrew with a back issue. Day said he hasn't had much time to rest and though a couple of weeks off helped him, it wasn't long enough, and the issues persist.

"Yeah, body is OK," Day said. "Just stiff. It's sore to get onto the other side of the golf swing, so any time going left was a little bit sore."

Day felt the stiffness in the lower right part of his back on Thursday after his range session. However, despite the soreness, he plans to pick up where he left off after his bogey-free Friday.

"Well, I mean, sometimes when you do have sort of an injury or stiffness, even if you're sick, sometimes you can come out and play some good golf,” he said.