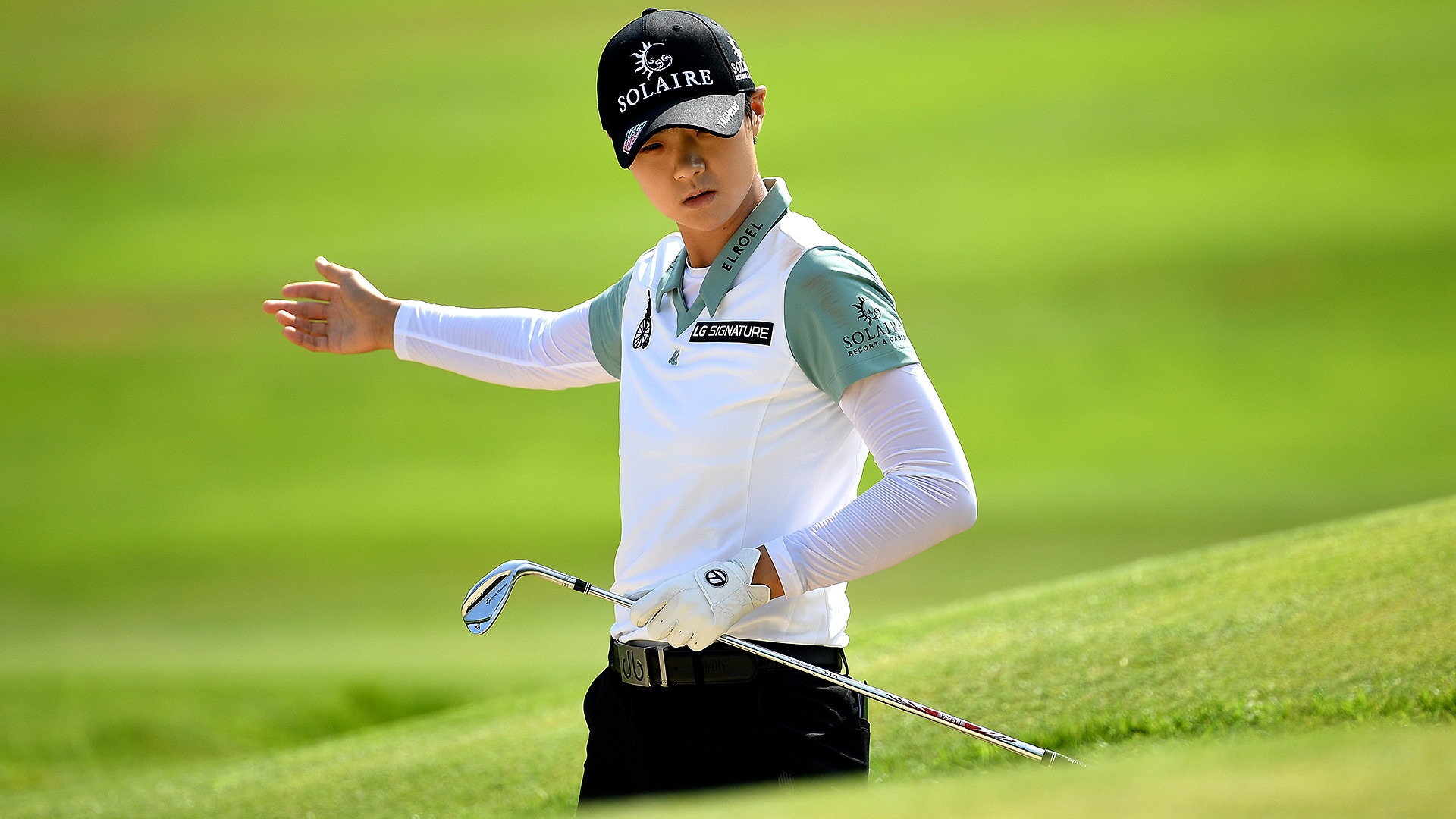 Sung Hyun Park remembers the sting of missing the cut at the Evian Championship a year ago.

She was the Rolex world No. 1, rolling with the confidence of three victories on the year, including the KPMG Women’s PGA Championship in her last start in a major, but she opened with a 77 in France and couldn’t recover.

“I was a little shocked,” Park said.

And more than a little frustrated, because her sister was there to watch her for the first time in a major.

“She felt sad for me,” Park said. “It was hard to swallow, but it was a learning experience.”

Whatever she learned, Park is making good use of it this week with a run into contention. A 5-under-par 66 Friday gave her the lead before Mi Hyang Lee caught and passed her. Park was a shot behind Lee (67) as the morning wave finished up.

“I'm really happy with the bogey-free round,” Park said. “There were a couple holes I could have bogeyed but my putts were really good. I made some par saves. Overall, I feel that I've done well.”

Park, 25, had a chance to again win the KPMG Women’s PGA Championship in the last major played, at Hazeltine last month. She finished second, one shot behind Hannah Green.


Full-field scores from the Evian Championship

Back atop the Rolex world rankings, Park continues to feel the expectations that come with that.

Park didn’t make a bogey on Friday, but she missed a chance for eagle at the last, turning it into a three-putt par.

“It was a short eagle putt,” Park said. “I did play well overall.”

With the tour’s biggest honors and awards up for grabs in a year nobody has really taken charge of, Park could change that this week. With the AIG Women’s British Open next week, it’s a great time to get hot. Park is fourth in the Rolex Player of the Year standings, an award she shared with So Yeon Ryu two seasons ago. Park would vault to the top of the standings with a victory this week.

While those things matter, Park said she has priorities beyond her No. 1 ranking and the season-long awards that hang in the balance.

“Although being No. 1 is important," she said, "I believe that winning is more important,."