After two rounds, Bryson figured chance to win was '20 percent' 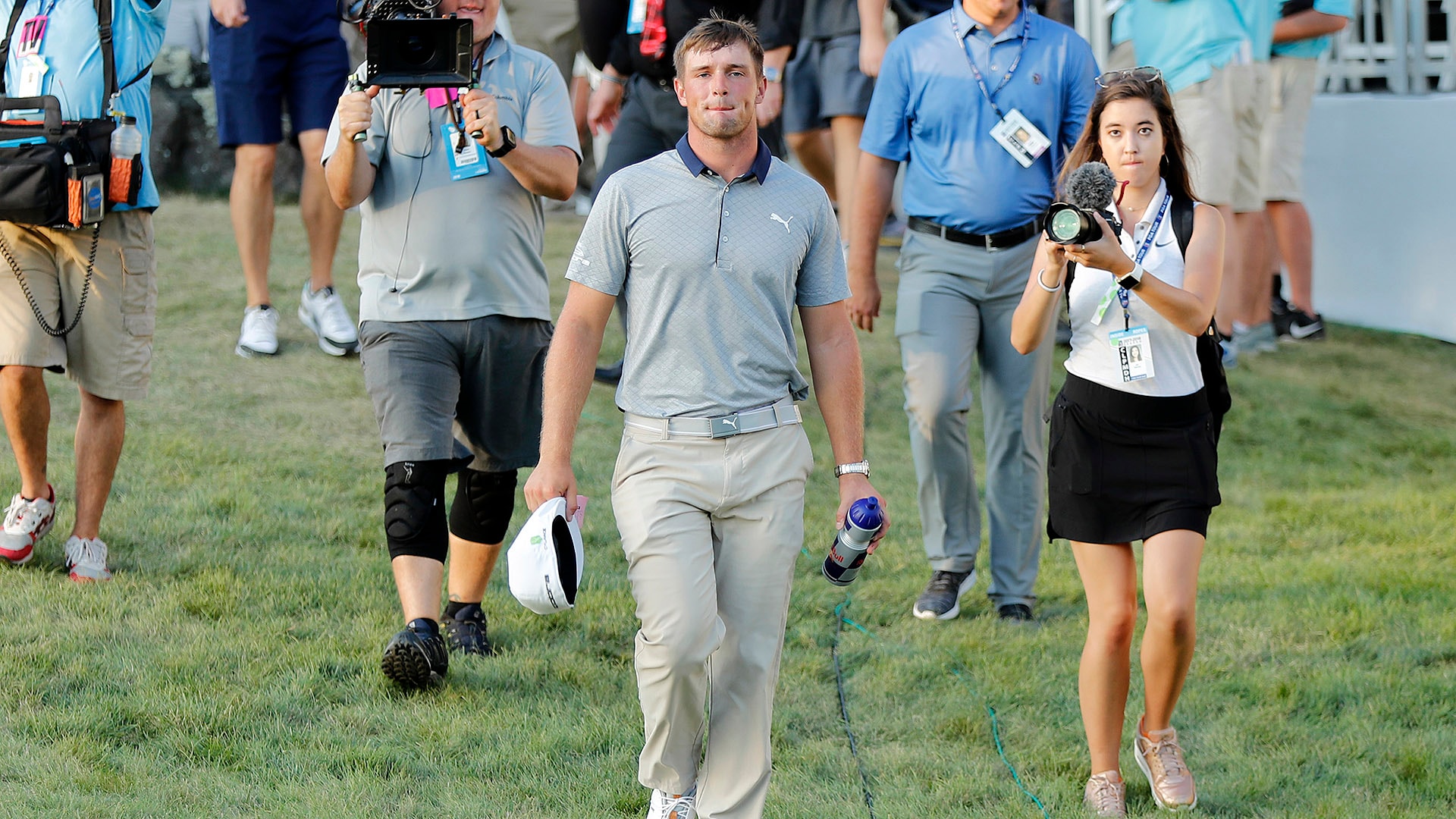 NORTON, Mass. – Following lackluster rounds of 70-68 to begin his week at the Dell Technologies Championship, Bryson DeChambeau trailed by seven strokes and the PGA Tour’s preeminent statistician didn’t like his chances.

“I would have given myself 20 percent [chance to win],” DeChambeau estimated through two rounds. “That’s just the odds of coming from seven back.”

That began to change on Sunday when he birdied four of his first seven holes on his way to a third-round 63.

“As I played on Sunday, when I made that fourth and fifth birdie, it was like ‘OK, I have a good chance now,’” he said. “On 12 on Sunday when I made the putt, I figured I had a 70 percent chance to win.”

DeChambeau began the final round trailing by one shot, but pulled away with three consecutive birdies beginning at the seventh hole and led by as many as four strokes on the back nine.

The odds continued to improve on the back nine on Monday and after he birdied the 15th hole he knew it was just a question of percentages over the final three holes.

“I love knowing where I'm at, solely because I can make good decisions that allow me the best chance to win coming down the stretch,” said DeChambeau, who closed with a 67 for a two-stroke victory over Justin Rose.