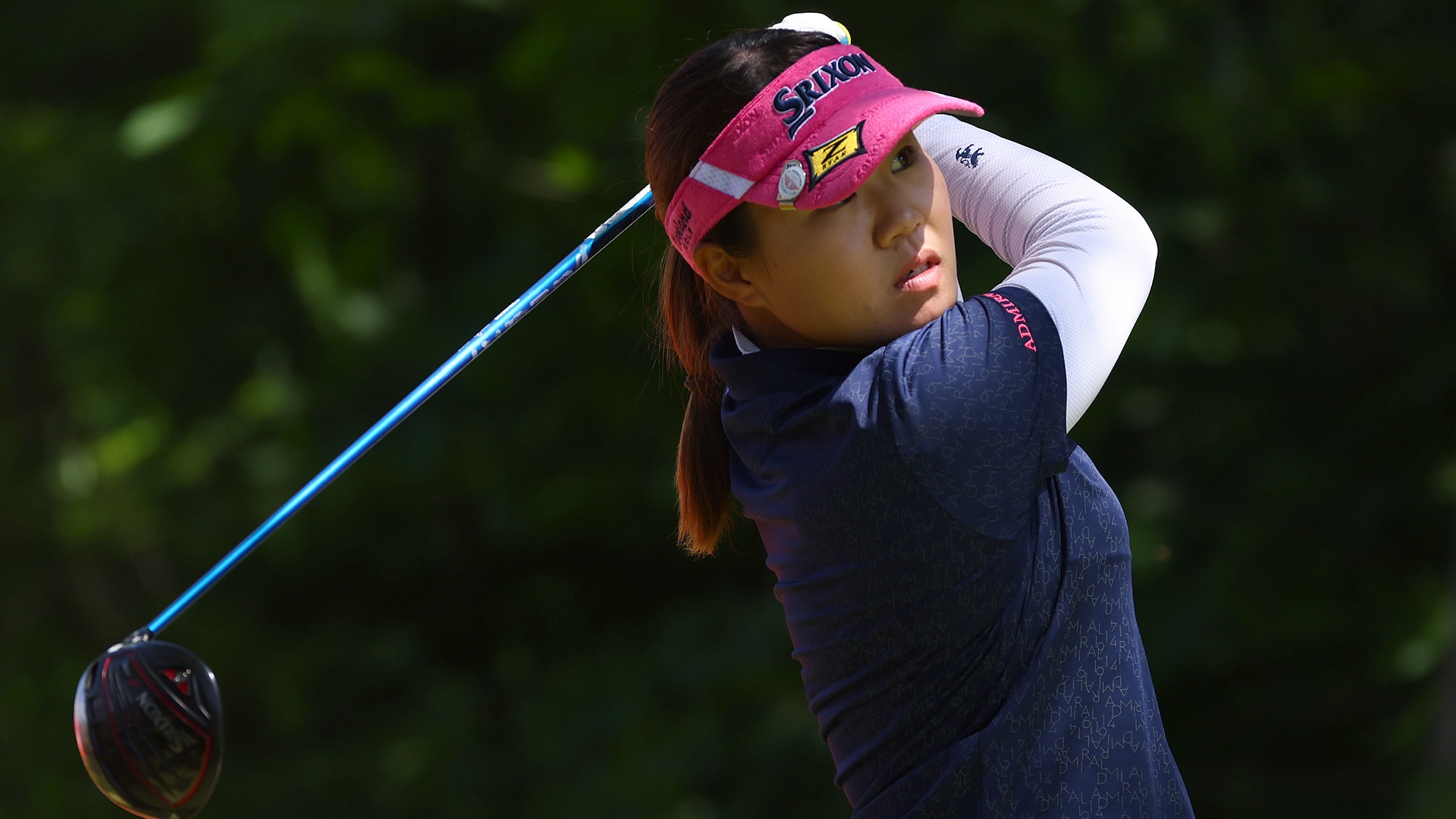 GRAND RAPIDS, Mich. – Nasa Hataoka had a share of the Meijer LPGA Classic lead Thursday in her first event since losing a playoff in the U.S. Women’s Open.

“This course, usually everyone hits low scores, so it’s really important for me to play four good rounds,” Hataoka said.

Two weeks ago in the U.S. Women’s Open at Olympic Club in San Francisco, Hataoka lost to Yuka Saso on the third playoff hole. The three-time LPGA Tour winner was bogey-free Thursday, birdieing four holes in a five-hole stretch on the front nine and adding birdies on the par-5 14th, par-4 16th and par-5 18th.

“Especially my iron game, I was feeling really good.” Hataoka said. “I was hitting the pin a lot of times, so I feel like my iron game helped my game today a lot.”

Hull played the last five holes in 5 under with long eagle putts on the 14th and 18th and a birdie on 16.

“I feel really good with my irons,” the Englishwoman said. “It’s just my driver. As long as I can get it somewhere down near the fairway I’ve got a chance because I’m hitting my irons well.”

Maguire also had a bogey-free round. The Irish player tied for ninth last week in the LPGA Mediheal Championship at Lake Merced.

“It reminds me a lot of home, a lot of golf courses that I would’ve grew up playing at home,” Maguire said. “Very green, some trees. Yeah, drove the ball really well today. Just sort of suited my eye quite well. Tried to just build on that momentum I had last week in San Francisco.”

Stephenson played her opening nine – the back nine at Blythefield – in 6-under 30.

Lexi Thompson, the 2015 winner, was in the large group at 68 that included Inbee Park, sisters Nelly and Jessica Korda and Jennifer Kupcho. Top-ranked Young Ko shot 69.

Brooke Henderson, the winner in 2017 and 2019 in the event that was canceled last year, opened with a 75. Because of visa problems, the Canadian played her first round since 2016 without sister Brittany at her side as her caddie. Last week in California in the Mediheal LPGA, Henderson withdrew because of illness after an opening 5-over 77.

The major KPMG Women’s PGA Championship is next week at Atlanta Athletic Club. 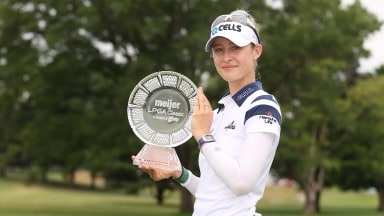 Nelly Korda first on the LPGA Tour this season to two wins shooting a 67 on Sunday. 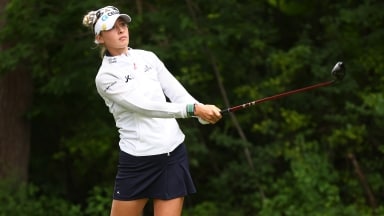 Nelly Korda shot 62 on Saturday at the Meijer LPGA Classic to take the lead into the final day. 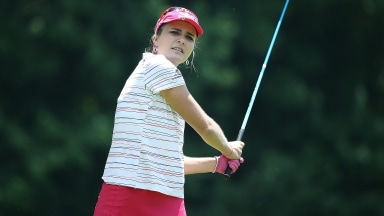 Defending champion Lexi Thompson fought through back pain Friday to take the second-round lead in the Meijer LPGA Classic.