After wife's cancer battle, Sunday's pressure was nothing for Harrington 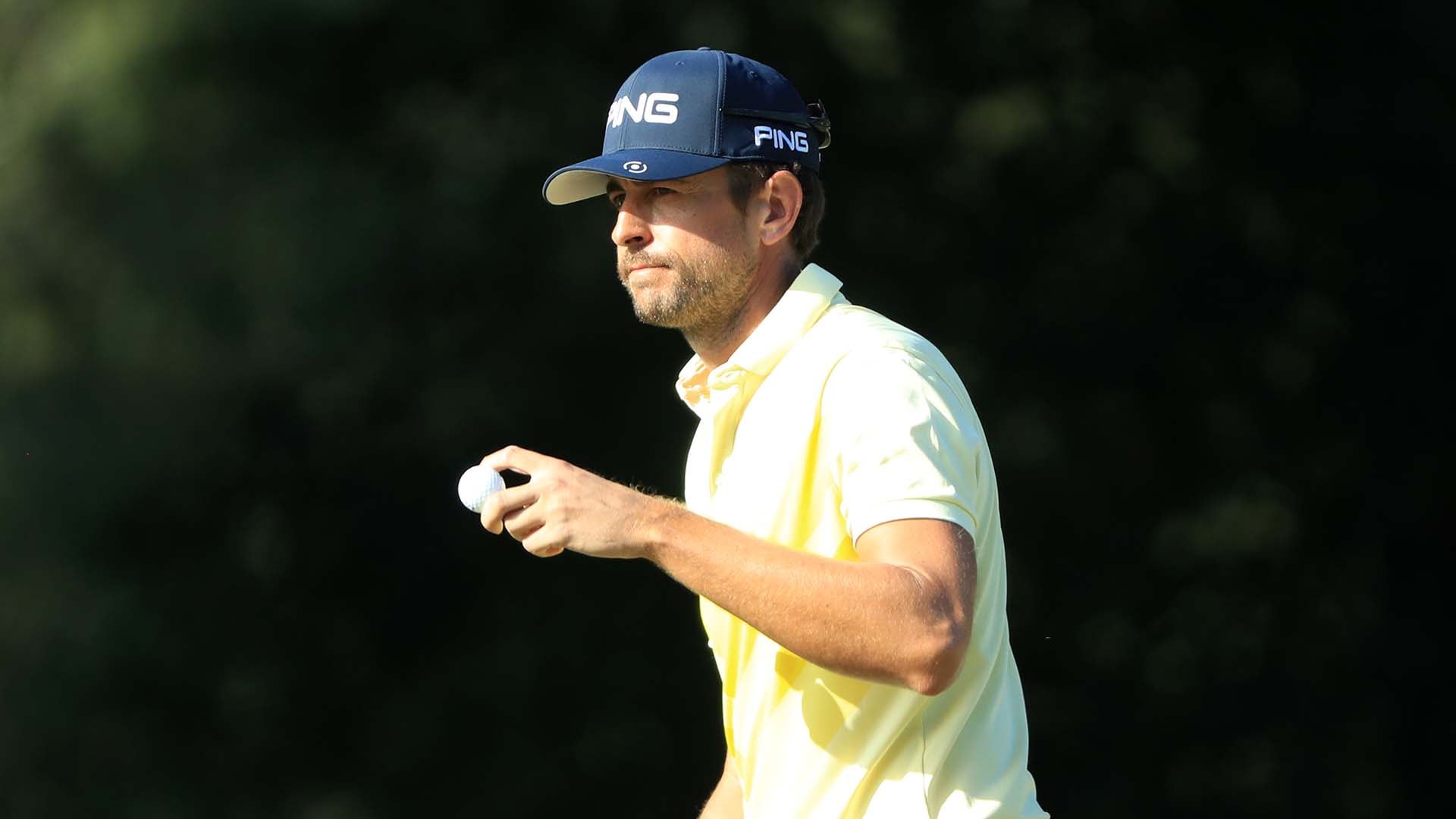 HUMBLE, Texas – Sitting just three shots off the lead after Saturday’s third round of the Houston Open, Scott Harrington had a decision to make; so he called his wife, Jennifer, who was back home in Scottsdale, Arizona.

“We just kind of decided that she was going to stay home,” Harrington said.

A day later, Harrington again rang his wife, though this time he was standing on the range at the Golf Club of Houston, waiting to see if his 13-under score would be enough for at least a playoff.

Moments earlier, Harrington missed a 17-foot birdie putt at the last that would’ve gotten him to 14 under. Instead, it was Lanto Griffin – not Harrington – earning his first PGA Tour victory.

Harrington, who birdied four of his final six holes and closed in 5-under 67, three-putted the penultimate hole and soon settled for a share of second.

“I fell one short, but I've got nothing to hold my head about,” Harrington said. “This opens up a lot of things for me the rest of the year, that's for sure, and just for my career in general, just to know that for my first time in contention that I can play on this stage under these lights and pull off the shots when I need them.”

The 38-year-old Tour rookie is already used to pressure. Earlier this year, he finished second at the Portland Open to earn his card for the first time, ending a long journey that included Harrington stepping away from golf last year after Jennifer, his wife of eight years, was diagnosed with Hodgkin’s lymphoma for the second time.

“Our last two years have been pressure, and this is nothing,” Harrington said. “I felt like when I got my card in Portland at our last regular-season event, that final round, I said at the time that's going to be the most pressure I'll ever play under in my career. I don't care if I'm in a final group of a major, that round was the most pressure-filled round I'll ever have to play because I'm trying to achieve something that I've been working toward for so long that I had in front of me. … I went back to that round a lot today.”

Though Harrington didn’t win Sunday, he knows his past experiences have prepared him for the next time he has a chance. It’s also likely that when that time comes, he won’t need to call Jennifer, who is again in remission. She’ll be there watching.