After winning U.S. Open, Bryson DeChambeau could use 48-inch driver shaft at Masters 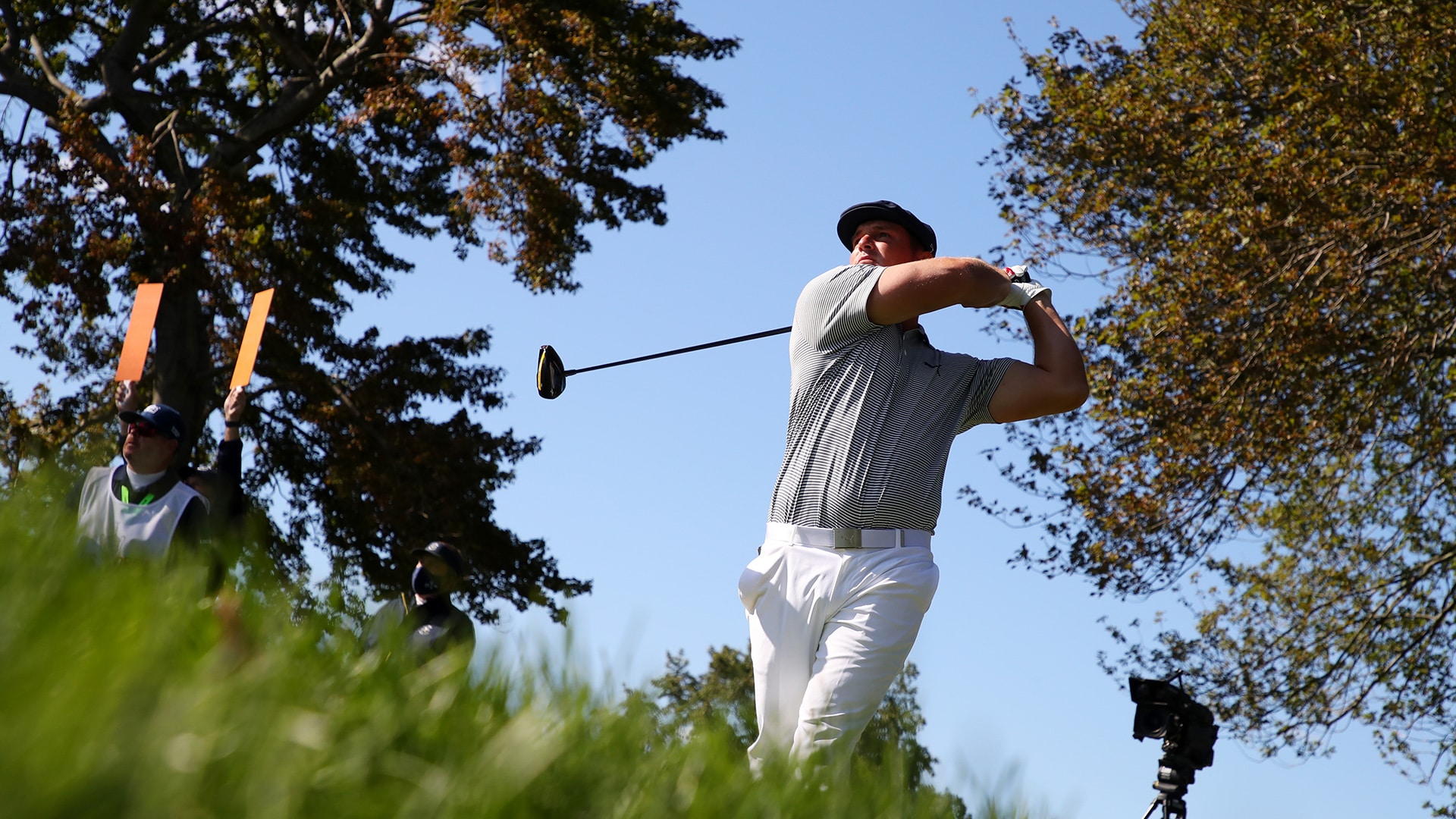 MAMARONECK, N.Y. – He hadn’t even been a major champion for an hour and already Bryson DeChambeau was asked to shift his focus to the next major championship.

Specifically, DeChambeau was asked how his brand of power golf, which had just lifted him to a six-stroke victory over Matthew Wolff at the U.S. Open, would play at Augusta National this November.

“Length is going to be a big advantage there. I know that for a fact,” DeChambeau said. “I'm going to try and prepare by testing a couple things with the driver.”

DeChambeau’s pre-Masters prep will include continuing to experiment with a 48-inch driver shaft. After averaging 336.3 yards off the tee at Winged Foot, DeChambeau doesn’t plan on stopping in his quest for distance.

“We're going to be messing with some head designs and do some amazing with things with Cobra to make it feasible to hit these drives maybe 360, 370 [yards],” he said. “Maybe even farther. I don't know.”

Also on the goals list: adding more weight. DeChambeau, currently around 230 pounds, said he thinks he can get to 245. He was already planning on traveling to Denver on Monday to workout with trainer Greg Roskopf. He also said he’ll work to improve his iron play before the year’s final major as he sticks to his mantra: “Let today's garbage be better than yesterday’s garbage.”

Based on how DeChambeau dismantled the field at Winged Foot despite hitting just 41 percent of his fairways, Augusta National would seem to be a perfect fit. It also seems likely that DeChambeau will be the betting favorite heading into the Masters.

“I don't shudder, but if he can do it around here, and I'm thinking of Augusta and thinking of the way you sort of play,” Rory McIlroy said. “The game's moved on a lot in the last 14 years since the U.S. Open's been played here, and you're seeing what the game has become, what he's doing out there.”