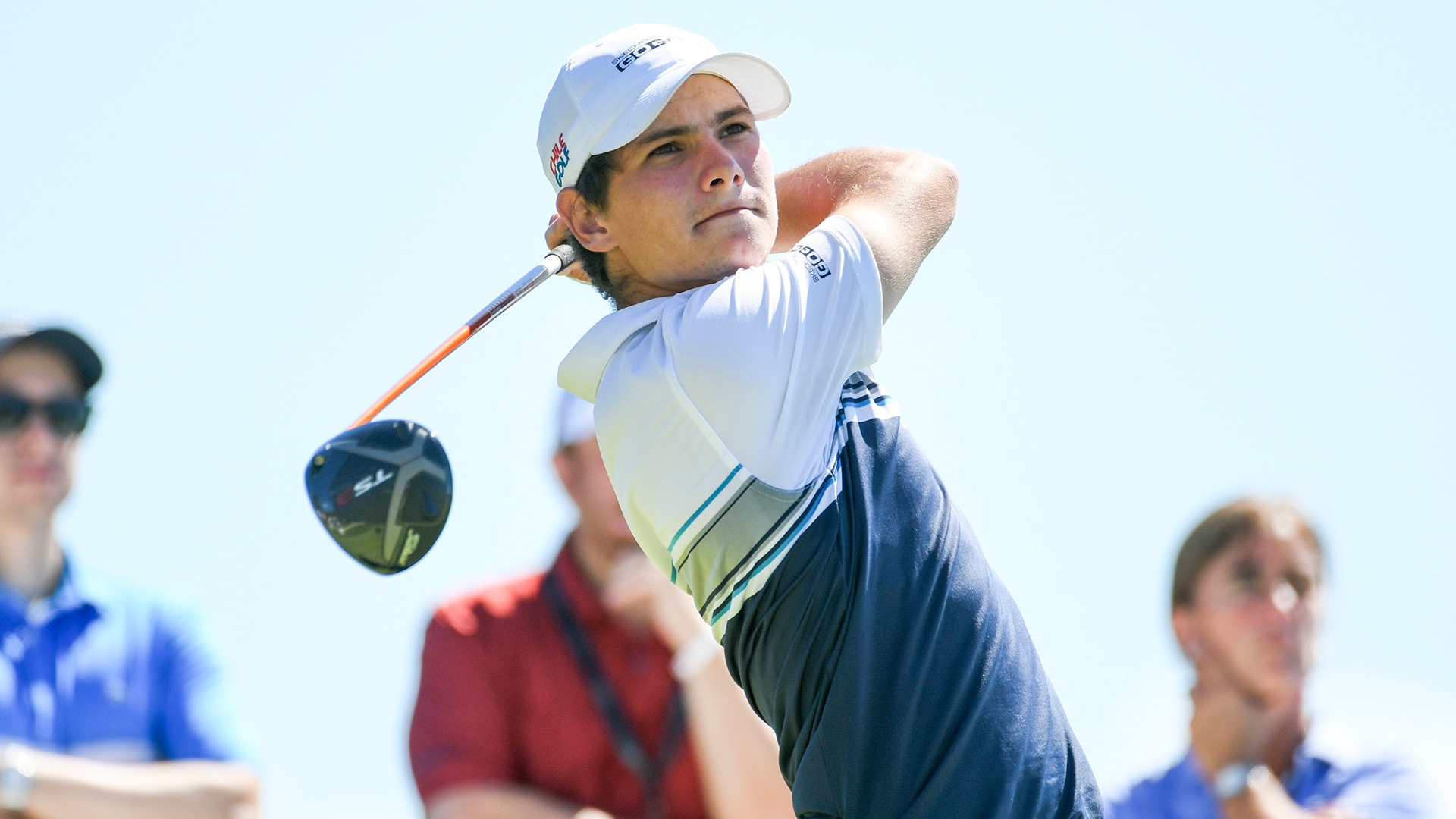 LA ROMANA, Dominican Republic — It started with Matias Dominguez in 2015. Then, best friends Toto Gana and Joaquin Niemann took the titles in 2017 and 2018, respectively.

The Lynn University commit will enter Sunday one off of the lead at Casa de Campo, where he looks to become Chile's fourth winner in the five-year history of the Latin America Amateur Championship.

He played his way into the final group with Mexico's Alvaro Ortiz and Peru's Luis Fernando Barco when he rifled a 3-wood 270 yards up the hill at the par-5 18th. His eagle bid just missed on the low side, but his two-putt birdie pushed him to 7 under for the week, in a tie for second with Barco.

"I couldn't be in a better position," Errazuriz said. "It's the one I wanted to be in after three days. I am one stroke behind the leader, and maybe that's the position I want to be, because I want to come from behind and maybe have less pressure when I start playing tomorrow."

Errazuriz has climbed 200 spots in the World Amateur Golf Ranking since last year's LAAC. He's won twice in the last year, and registered three top-10 finishes playing as an amateur in his last three professional events in Chile.

He mentioned Saturday how much he's been influenced by Gana and Niemann. It was Gana who helped recruit him to Lynn, and it's Niemann who continues to inspire him with his immediate success on the PGA Tour.

"They've given me a lot of tips on how to play this tournament," he said. "The fact that Joaquin is on the PGA Tour motivates me. ... If he was able to make it, I think I can do it, too."