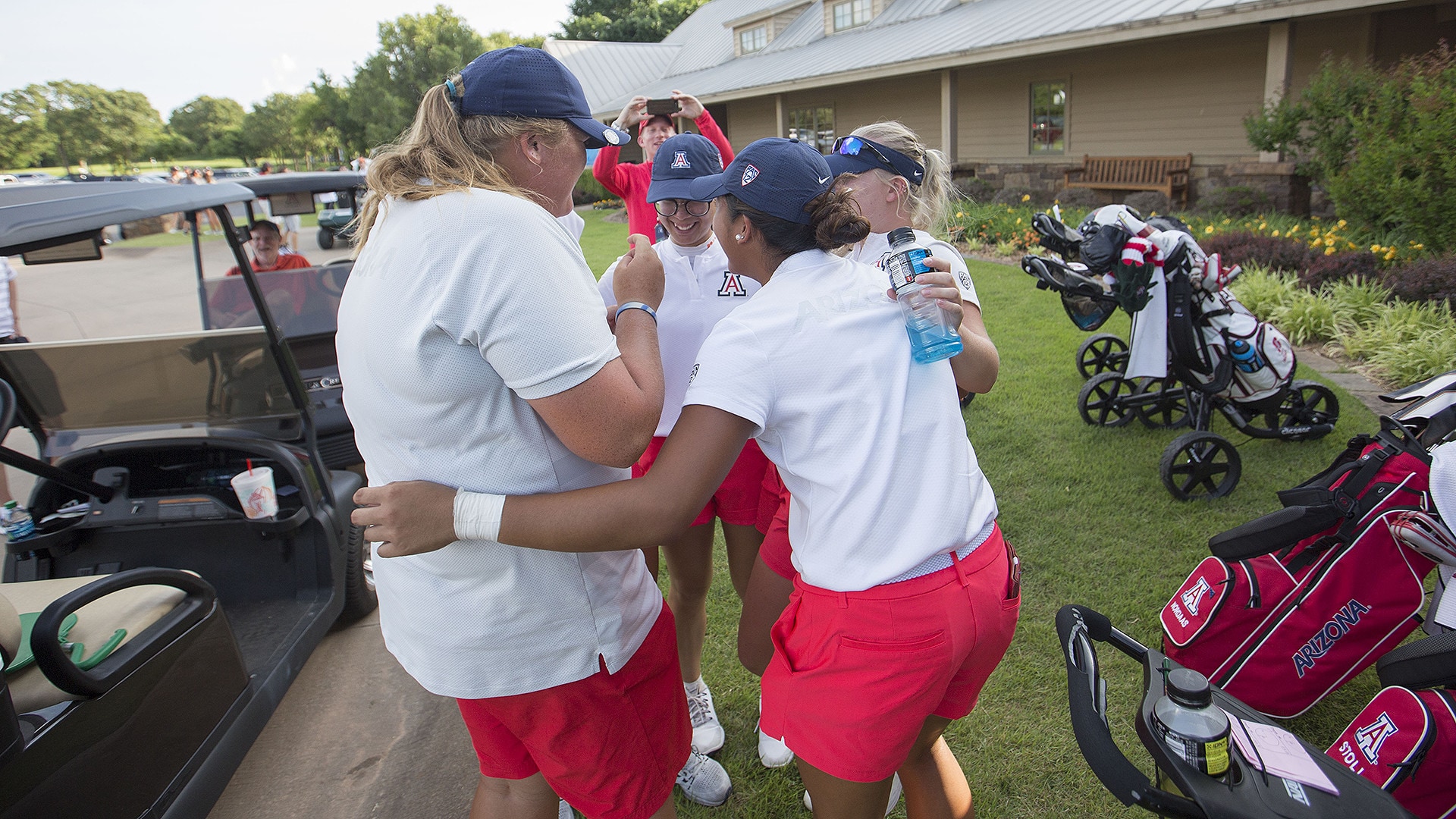 STILLWATER, Okla. – There was no way Laura Ianello could sleep Monday night, not after that dramatic ending at the NCAA Women’s Championship. So at 12:15 a.m., the Arizona coach held court in the laundry room at the Holiday Inn, washing uniforms and munching on mozzarella sticks and fried chicken strips from Sonic, her heart still racing.

Ianello got only three hours of sleep, and who could blame her?

The Wildcats had plummeted down the team standings during the final round of stroke-play qualifying, and were 19 over par for the day, when junior transfer Bianca Pagdanganan arrived on the 17th hole.

“Play the best two holes of your life,” Ianello told her, and so Pagdanganan did, making a solid par on 17 and then ripping a 6-iron from 185 yards out of a divot to 30 feet. There was a massive leaderboard positioned to the right of the par-5 18th green, but Pagdanganan never peeked. The only way for Arizona to force a play-five, count-four playoff with Baylor and reach match play was to sink the putt, and when it dropped, the Wildcats lost their minds, shrieking and jumping over the ropes and hugging anyone in sight.

Watching the action atop the hill, Alabama coach Mic Potter shook his head.

“I was really glad we didn’t win the tiebreaker for the No. 1 seed,” he said, “because they’re a buzzsaw with a lot of momentum.”

Given new life, Arizona dispatched Baylor by three strokes in the playoff, then turned its attention to top-seeded UCLA in the quarterfinals on Tuesday morning.

Facing two first-team All-Americans, the Wildcats beat them, too, continuing the curse of the medalist. In the afternoon, worried that the adrenaline would wear off, Ianello watched her squad make quick work of Stanford, 4-1.

After a marathon doubleheader Tuesday at Karsten Creek, Arizona now has a date with Alabama in the final match of this NCAA Championship.

And the Wildcats better rest up.

“They’re rolling off a lot of momentum right now,” Ianello said. “We know Alabama is a good team. But they’re super excited and pumped. It’s not the high of making it [Monday]; now they’ve got a chance to win. They know they have to bring it.”

Even fully rested, Arizona will be a significant underdog against top-ranked Alabama.

After failing to reach match play each of the past two years, despite being the top overall seed, the Tide wouldn’t be stopped from steamrolling their competition this time.

They roughed up Kent State, 4-1, in the quarterfinals, then frontloaded their lineup with three first-team All-Americans – Lauren Stephenson, Kristen Gillman and Cheyenne Knight – in their semifinal tilt against Southern Cal.

Potter said that he was just trying to play the matchups, but the move sent a clear signal.

“It gets pretty tedious when you never miss fairways and hole a lot of putts and your opponent knows that you’re not going to spray it,” Potter said. “That’s tough to match up against.”

They breezed to the first three points, draining any drama out of the semifinals. Of the 99 holes that Bama’s Big 3 played Tuesday, they trailed after only two.

“We’re always consistent,” Stephenson said, “and that’s exactly what you need in match play. Someone has to go really low to beat us.”

That Arizona even has that chance to dethrone the Tide seemed inconceivable a few months ago.

The Wildcats had a miserable fall and were ranked 39th at the halfway point of the season. On Christmas Day, one of the team’s best players, Krystal Quihuis, sent a text to Ianello that she was turning pro. Once she relayed the news, the team felt abandoned, but it also had a newfound motivation.

“They wanted to prove that they’re a great team, even without her,” Ianello said.

It also was a case of addition by subtraction: Out went the individual-minded Quihuis and in came Yu-Sang Ho, an incoming freshman whom Ianello described as a “bright, shining light.”

Because incorporating a top-tier junior at the midway point can be intimidating, Ianello organized a lively team retreat at the Hilton El Conquistador in Tucson, where they made vision boards and played games blindfolded.

They laughed that weekend and all throughout the spring – or at least until Pagnanganan made that last-ditch eagle putt Monday. Then tears streamed down Ianello’s face.

Folding uniforms after midnight, she regaled Alabama assistant coach Susan Rosenstiel with stories from their emotional day on the cut line, not even considering that they might face each other two days later for a national title. She was too delirious to ponder that.

“I feel like a new mother with a newborn baby,” Ianello said. “But we’re going off of adrenaline. This team has all the momentum they need to get it done.” 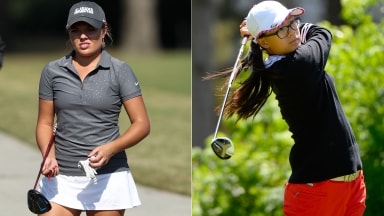 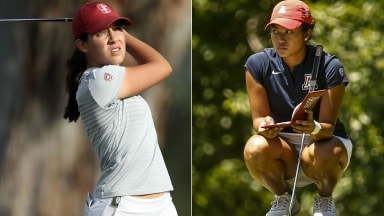 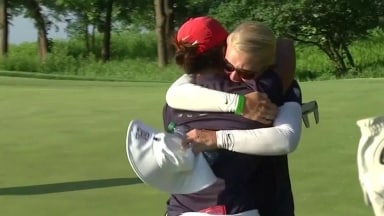