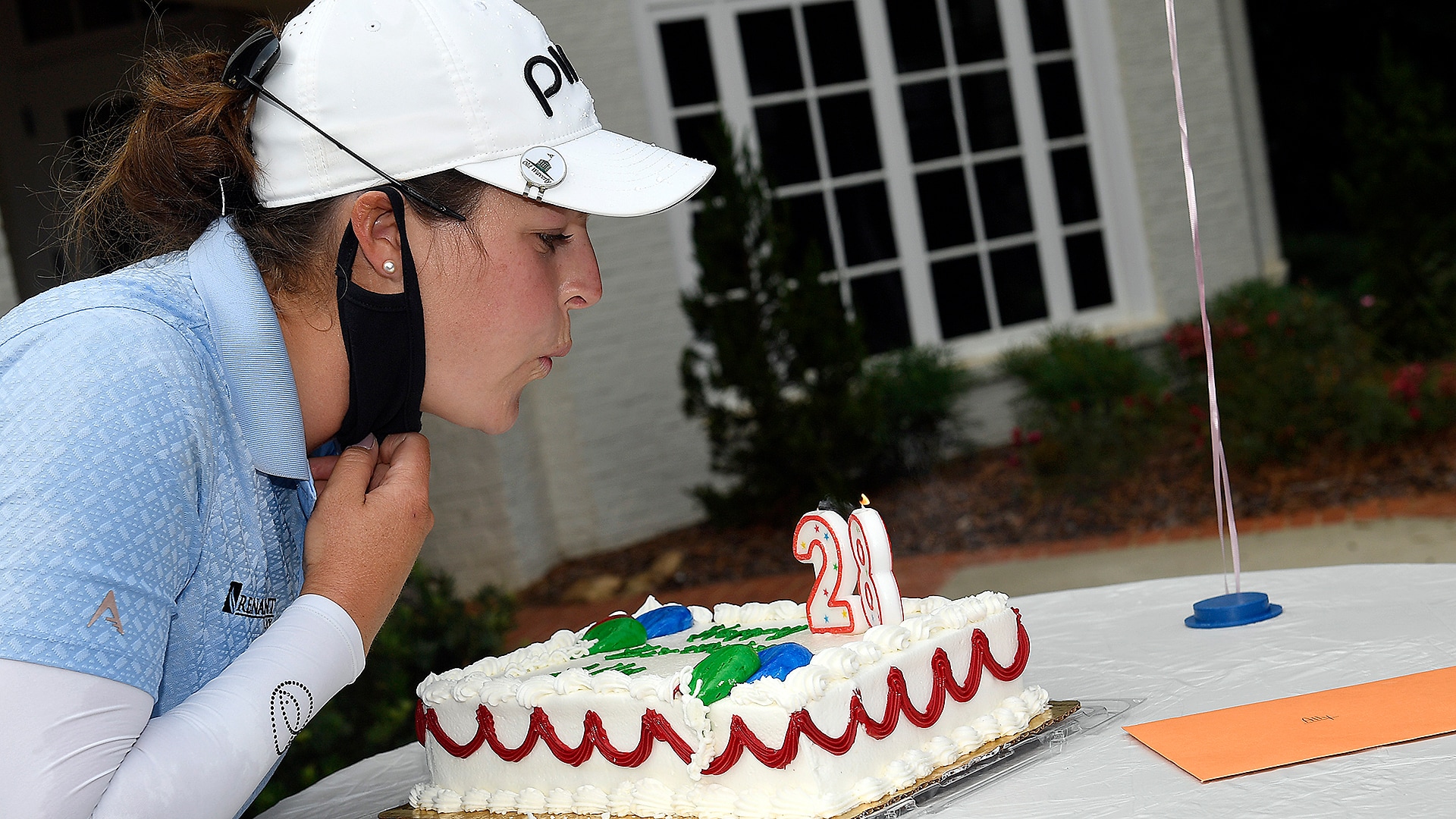 GREENSBORO, Ga. – Ally McDonald gave herself a big birthday present Sunday, winning the LPGA Drive On Championship-Lake Reynolds Oconee for her first tour title. The 28-year-old from Mississippi held off Danielle Kang by a stroke on the Great Waters Course, closing with a 3-under 69 for a 16-under 272 total. Kang birdied the par-5 18th for a 68.

"I've never doubted my ability, but I've definitely questioned whether I would be able to win out here," McDonald said. "It's really hard to win out here. So, I've just really hung in there and tried to stick to my process since Day 1. That was able to get me in the winner's circle today. I'm really thankful."

Full-field scores from the Drive On Championship – Reynolds Lake Oconee

"I'm not going to lie, it shook me up pretty bad," McDonald said. "I had to gather myself and get my heart rate under control after I made bogey on 13 and Danielle went back to back on birdies on 13 and 14. I just told myself to calm down and do what I've been doing every single round, and that is just trying to execute my game plan, control what I can."

Kang won back-to-back events in Ohio in the summer, leads the Race to CME Globe and, at No. 5 in the world, was the top-ranked player in the field.

"I knew from the start that Danielle was going to hang in there," McDonald said. "You kind of go to match play mode and you think absolutely she's going to put the pedal down. So I was just happy to hang in there and pull it out.''

Kang played through back spasms.

"I think I just need to take a few days off right now," Kang said. "My back has went into a spasm few days ago. I call it wifi. It's on strong right and left. So it was a little difficult this week to play with it. I think I'm very proud of how I played despite not having my full game, but Ally played wonderfully and it's been a really great week.''

Bianca Pagdanganan of the Philippines was two strokes back after a 70. She was making her sixth LPGA Tour start of the year and seventh overall. 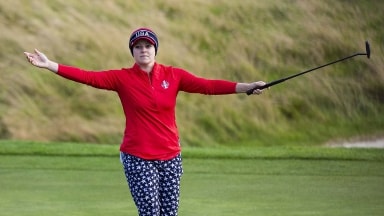 Ally McDonald ultimately got the call to replace Stacy Lewis in the Solheim Cup on Tuesday, and three days later she teamed up with Angel Yin to win her first match. 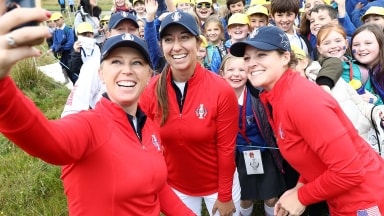 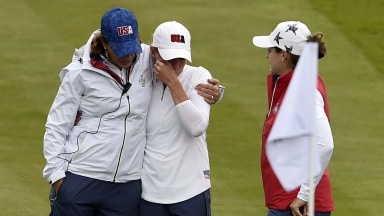 Lewis bows out of Solheim Cup with back injury

Stacy Lewis withdrew from the competition Tuesday at the Solheim Cup because of a back injury, which flared up on Lewis last week.